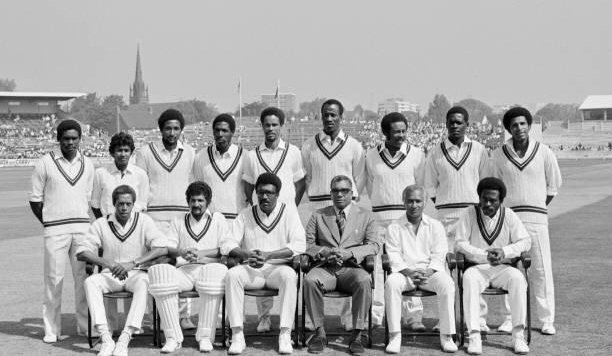 Prior to the 1975 World Cup, winning extremely tight contests was not common for the West Indies, who played their first test match in 1928. For Clive Lloyd, Sir Andy Roberts and Deryck Murray, beating Pakistan in that close contest made it an extra significant moment.

Andy Roberts: It was a very important game. After I hit the winning runs after the great partnership with Deryck and ran off the field, the mood afterwards was if Pakistan had beaten us we would not have won the 1975 World Cup.

I definitely batted better in other matches, but it’s definitely my most favourite innings for the West Indies.

A couple years after that (1976/77), both Deryck Murray and I held up the same Pakistan team in Trinidad for about four hours although we didn’t save the game. I always enjoyed batting with Deryck as a lower order batsman. You see, I say lower-order because I was better than just a tail-ender.

We (Murray) had some outstanding partnerships, similarly with Clive Lloyd. I always valued my wicket equally as my main skill of taking wickets.

A lot of things went against and for us in that game. Pakistan’s total of 266 in those early days of one-day cricket was mammoth; today that is nothing.

The start of our chase was a struggle, Sarfraz Nawaz put a stranglehold on us. One of the key things that went for us was when I came into bat, I only had to face two deliveries from Sarfraz at the end of his spell. If he had more overs left, who knows what the outcome could have been.

Clive Lloyd: There was no way we weren’t going to win the World Cup after that game, the confidence it gave us going forward was immense.

That game was also the beginning of shedding the negative connotations of us being called “Calypso cricketers” and commenced the glory era. It was one of the first times in my career, that West Indies won a game showing a great never-say-die attitude.

When I made my debut under Sir Gary Sobers successful team and even growing up following the first great West Indies team under Sir Frank Worrell, we always knew that term wasn’t always one made out of admiration of our ability to be a dominant team.

Deryck Murray: That victory was a turning point for West Indies in general. History before that indicated that West Indies didn’t win close games. So there was the question mark whether West Indies could clinch a tense victory. The team was well aware of this history and the win propelled us going forward in that World Cup with the mindset that under any circumstances, we could get a positive result. I remember telling my wife after the Pakistan win, we were going to win the World Cup and I wasn’t going to bat again and I was almost perfectly correct. I only batted again briefly in the final.

Clive Lloyd: Before the World Cup we were building as a team. While the four fast bowlers strategy wasn't born yet, guys like Bernard Julien, Keith Boyce and Vanburn Holder did their jobs admirably.

Gordon Greenidge, Viv Richards and Alvin Kallicharan were emerging as the core of our batting group and we were learning to win. Winning, just like losing is contagious and that significant Pakistan game win helped build our championship ethos.

Deryck Murray: A traditional strength of West Indies in white ball cricket has been our ability to chase. So in a strange way throughout the run chase, despite Pakistan putting us under early pressure, in the pavilion and when I came out to bat – knowing what was the target, gave us a confidence that the score was in reach once we batted 60 overs.

Andy may not have been known for his batting, but he had the personality to never throw in the towel and give up.

The game became very tactical. Pakistan bowling out Sarfraz with more than 10 overs to played in our favour. Tackling the leg-spin of Javed Miandad and Wasim Raja and Pakistan's other medium pacers was much easier to negotiate.

The arsenal of lethal fast bowlers that West Indies produced from 1975 to 1991 is undoubtedly the most famous aspect of the glory era. However, notably during this Pakistan game and throughout the 1975 World Cup, this renowned bowling attack hadn't yet been formed, with Andy Roberts being the lone tear-away fast bowler.

For Lloyd, Roberts and Murray, the supporting bowling cast of Bernard Julien, Keith Boyce and Vanburn Holder should never be forgotten.

Andy Roberts: Those guys were the perfect bowlers for English conditions and while everyone rightfully always refers to the famous four-prong attack when Michael Holding, Joel Garner and Colin Croft were my partners, the bowling partnership I had with Boyce, Julien and Holder during the 1975 World Cup was as good as any fast bowling group I ever played with.

Clive Lloyd: Let me tell you, Vanburn Holder was one of the most underrated bowlers West Indies has ever produced. He was a tremendous worker, a highly astute thinker on the field, he moved the ball around at will when it was swinging and made the old ball “talk”.

We haven’t produced many left-arm quick bowlers, but Bernard Julien was one of the best and Keith Boyce had a solid, aggressive mindset to make up for a lack of pace and the hostility that Roberts had.

Deryck Murray: A lot of people forget that Julien, Boyce and Holder kept our legendary spinner Lance Gibbs out of the team. We came into World Cup thinking Gibbs would be a crucial bowler for us. He only played the opening game against Sri Lanka and to think we didn’t miss Gibbs, was absolutely surprising - but a testament to how well those guys performed in the 1975 World Cup.

The story of how West Indies completed what history accurately refers to as the first Cricket World Cup thriller, is one of on field action, comedy and booze.

Clive Lloyd: My accountant, an English fellow by the name of Gordon Andrews, was close to the dressing room after I got out and came back to the pavilion. He said we were 66-1 to win when we had lost the eight or ninth wicket and he brought in a case of Pale Ale and he said, “Clive we have just put on bet on you and the team will win.”

At that point, every over we survived, I just drank the Pale Ale until we won.

Andy Roberts: The funny thing about that game was that Sarfraz got Man of the Match, even though everyone though Deryck would have gotten it. But the adjudicator, Tom Graveney, thought that with eight or nine wickets down he was going to the bar. It didn’t occur to him the match was prolonging apparently, and when he said Safraz was Man of the Match and someone asked him why he did that, he humorously said that he chose him because Pakistan won. I guess he then realized that wasn’t the case.