CHELSMFORD, England- The West Indies Women lost the Royal London ODI series against England 3-0 after the homeside registered a 135-run victory via the Duckwork/Lewis/Stern method in the third and final One Day International at Essex Cricket Ground in Chelmsford.

In a match and series plagued by rain, the third ODI was stopped for almost two hours as the rain fell in Chelmsford. The match referee and umpires consulted and the match was reduced to 39 overs per team. England’s batting was led by Amy Jones who scored a match-winning and Player of the Series performance with 80 runs to add to her 91 from the first ODI. Sarah Taylor provided brilliant backup with 70 runs.

England’s bowlers backed up their batters as they kept a tight line and length to the West Indies batters. Hayley Matthews was spectacularly caught by an aerial Fran Wilson just after blasting a huge six off Kate Cross.

Only Kycia Knight was able to offer some resistance. She top scored with 38 followed by 26 from Stacy Ann King.

Captain Stafanie Taylor did not bat in the West Indies run-chase as she was taken to the hospital for an X-ray to her right little finger, after receiving a blow during her team’s fielding. Results of the x-ray showed no broken or fractured bones, only soft tissue damage. Stafanie will be monitored by the team’s physiotherapist on tour to ensure a timely recovery. 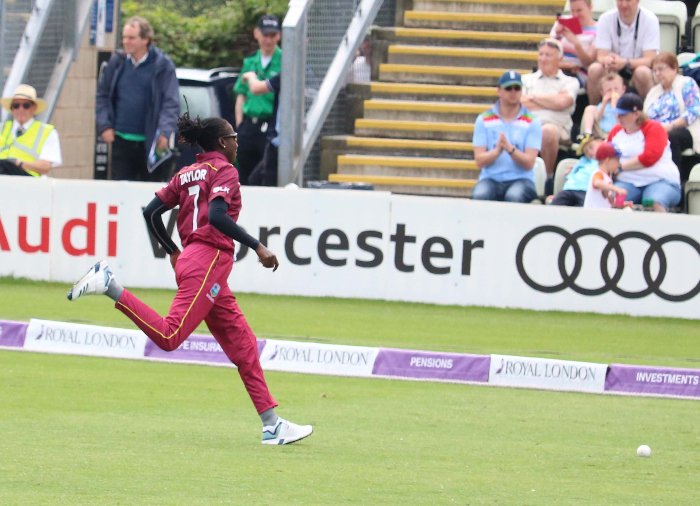 The focus will now shift to the three-match Vitality T20 International Series on June 18, 21 and 25.