West Indies were kept in the field for most of the day as Sri Lanka’s batsmen made good use of ideal batting conditions to build a sizeable second innings total. Pathum Nissanka (103) created history as he scored a century on debut and Niroshan Dickwella (96) fell short of a maiden century as the visitors set the home side 375 to win on Wednesday at the Sir Vivian Richards Stadium.

West Indies made a solid start in pursuit of the target but lost John Campbell for 11 – well caught low down by Dickwella off pacer Dushmantha Chameera, who steamed in from the Sir Curtly Ambrose End in the cool evening conditions. Captain Kraigg Brathwaite will resume on Thursday morning on eight not out and with him Nkrumah Bonner on 15 not out with West Indies needing another 340 runs to win. 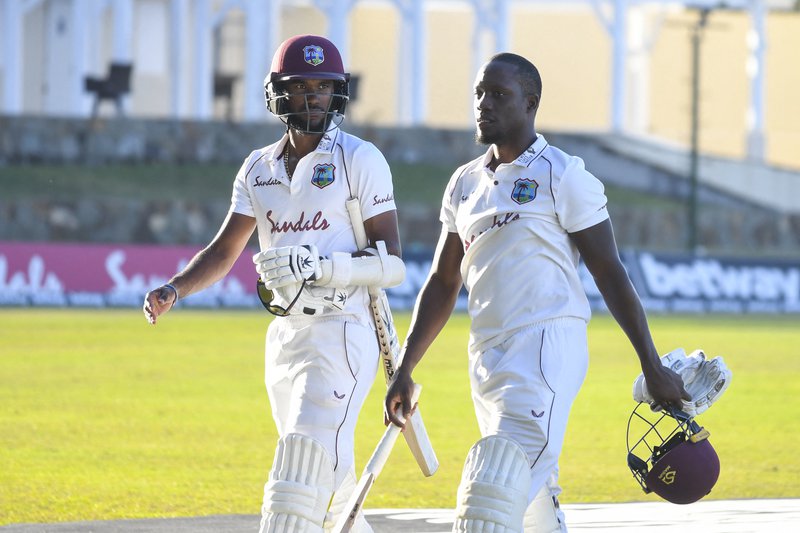 The day began well for the West Indies, who handed the second new ball to Alzarri Joseph who picked up a wicket with the fifth ball of the day, bowling Dhananjaya de Silva, with a magnificent delivery which pitched on middle stump and deviated to remove the off stump. 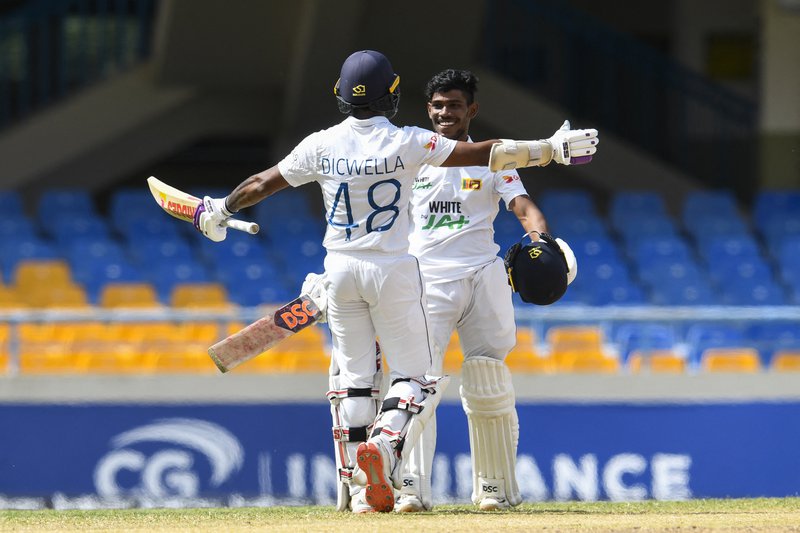 Nissanka and Dickwella came together at that point and batted through almost all of the first and second sessions in a partnership which produced 179 runs for the sixth wicket. Dickwella surpassed his previous highest Test score of 92 but five balls later, he was struck a blow on the helmet by Roach and the ball dropped and spun back, hitting the stumps without removing the bails. He was rattled and Roach produced another excellent delivery to bowl him off the inside edge in the following over.

Nissanka reached his century off 240 balls and with six fours. He is the fourth Sri Lankan to make a century on Test debut and the first to do so outside Sri Lanka. He eventually fell skying a catch to Roach from the bowling of off-spinner Rahkeem Cornwall, who ended with 3-137 off a marathon 42.5 overs. He took the last two wickets with consecutive balls.

Roach proved to be the best bowler with 3-74 off 27 overs to end the match with six wickets – following up his 3-47 off 16 overs in the first innings.

Play resumes on Thursday at 10am (9am Jamaica Time).