DHAKA, Bangladesh — Nkrumah Bonner was the backbone of West Indies solid batting effort as he made his second successive half-century. It helped the visitors to 223-5 against Bangladesh on the opening day on Thursday. 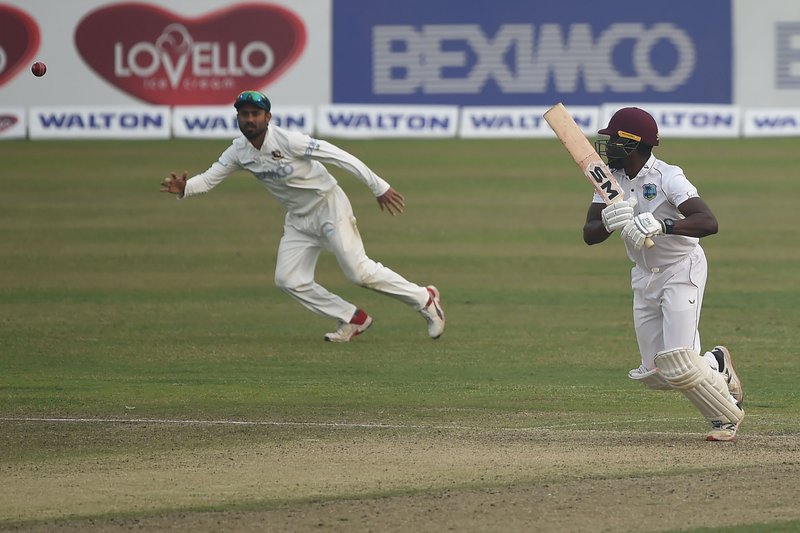 Playing his third Test innings, the tall right-hander closed the day on 74 not out to follow up his heroic 86 on debut in the amazing victory in the first Test last Sunday in Chattogram. Joshua Da Silva was with him on 22, another dutiful batting effort from the wicket-keeper in his third Test match.

The home team appeared to have a slight advantage until the unbeaten 45-run, no-risk stand by Bonner and Da Silva to see out the day. Bonner brought up his half-century driving a ball from spinner Taijul Islam to long off for a single off 98 balls. But in the face of good bowling, he opted for a defensive approach, which paid off for him. His 173-ball-knock so far includes six boundaries.

Earlier captain Kraigg Brathwaite contributed 47 and fellow opener John Campbell 36 in a stand 66. Campbell cut off-spinner Mehidy Hasan past point for a boundary to begin his scoring on his 12th ball faced. 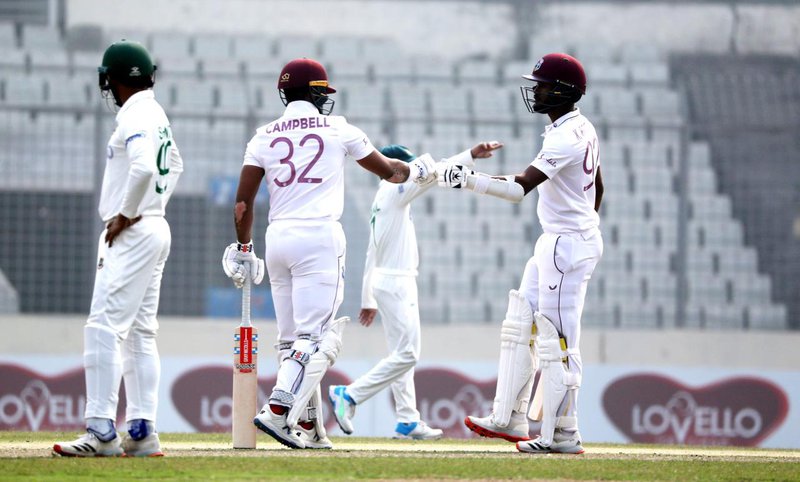 The left-hander also struck off-spinner Nayeem Hasan for a six over long on. Brathwaite played well and struck four boundaries but fell to a cut shot off Soumya Sarkar’s medium pace, three runs short of his 21st Test half-century.

Kyle Mayers — the hero of Chattogram when he became first batsman in history to score a double century in the fourth innings on debut —​ was out for five, driving at Jayed and giving an outside edge to the slips. West Indies were in trouble at 116-4 but Bonner engineered a recovery, first with Jermaine Blackwood as their 62-run for the fifth wicket lasted until Blackwood was caught and bowled by Taijul for 28.