West Indies team paid respect to one of their long-standing supporters as scores of fans turned out to a ceremony and dinner event on Monday night at the Bristol West Indies Cricket Club.

In a moving tribute, Chris Gayle hailed Steve Stephenson as a “great man with West Indian people and West Indies cricket in his heart”. The legendary batsman presented a signed West Indies jersey to Mr Stephenson, who has been a champion of social work and cricket across the United Kingdom. 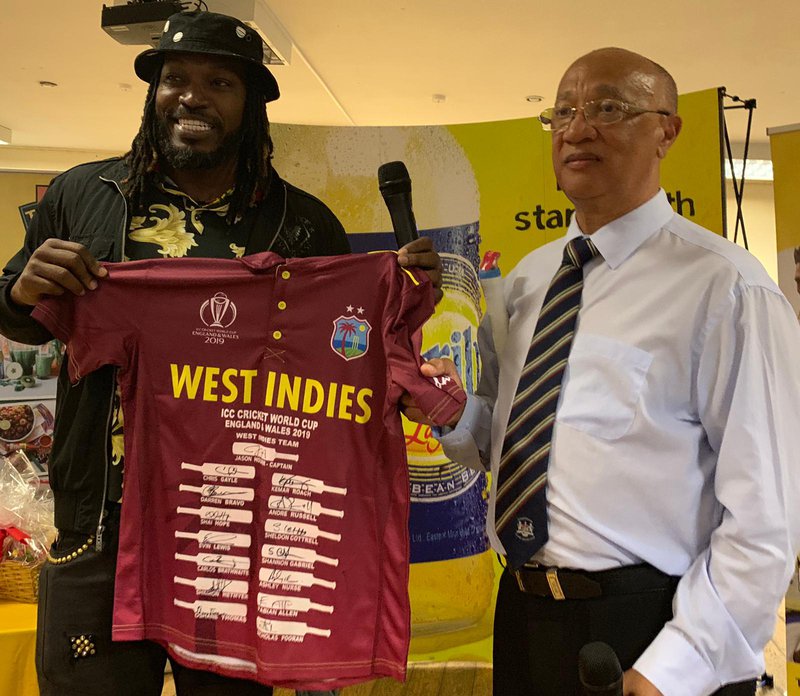 “There are many great people in West Indies cricket and here tonight we are with one of them. Thanks, Mr Steve Stephenson. We know of the great cricketers who play on the field, but the world doesn’t always get to see some of the great people who make their contribution off the field. We want to again thank Steve for what he has done and will continue to do for the cricketers, the game of cricket and the people of the West Indies,” Gayle told the audience.

West indies also held a minute’s silence in memory of Mr Keith van Anderson, who passed away earlier this month. Known as the Pipe Man, he traveled the world to watch the team play and was a fixture at matches at the Lord’s since 1973.

The team also made a donation to the Winston Davis Charity, in support of the former West Indies fast bowler who is now wheelchair-bound. Davis holds the record for the best bowling figures by a West Indian in the Cricket World Cup – his 7-51 against Australia in 1983 being the gold standard.