Two senior players who did not play in the Bangladesh series, all-rounder Jason Holder and left-handed batsman Darren Bravo, have returned to the Test squad which will be led by Kraigg Brathwaite. The first Test will be played at the Sir Vivian Richards Stadium from March 21-25. The Selection Panel also named the squad for the CWI President’s XI to face Sri Lanka in a two-day warm-up match at Coolidge Cricket Ground on March 17-18.

“It is good to be able to put together a Test squad with a number of players coming off very good performances in their last series in Bangladesh. Very encouraging. It is a fantastic opportunity to build on the good work that was done in Bangladesh. It is very important to continue the process of working hard, playing with great passion, playing with determination and a great desire to succeed. Doing that consistently will bring us the right results.”

“A number of players seized the opportunity that the tour of Bangladesh presented and booked a place for themselves in the Test team for this series. This now means that there is keen competition for places which should drive better individual performances and that of the team. I also think that these players are looking forward to displaying their skills on home soil.” 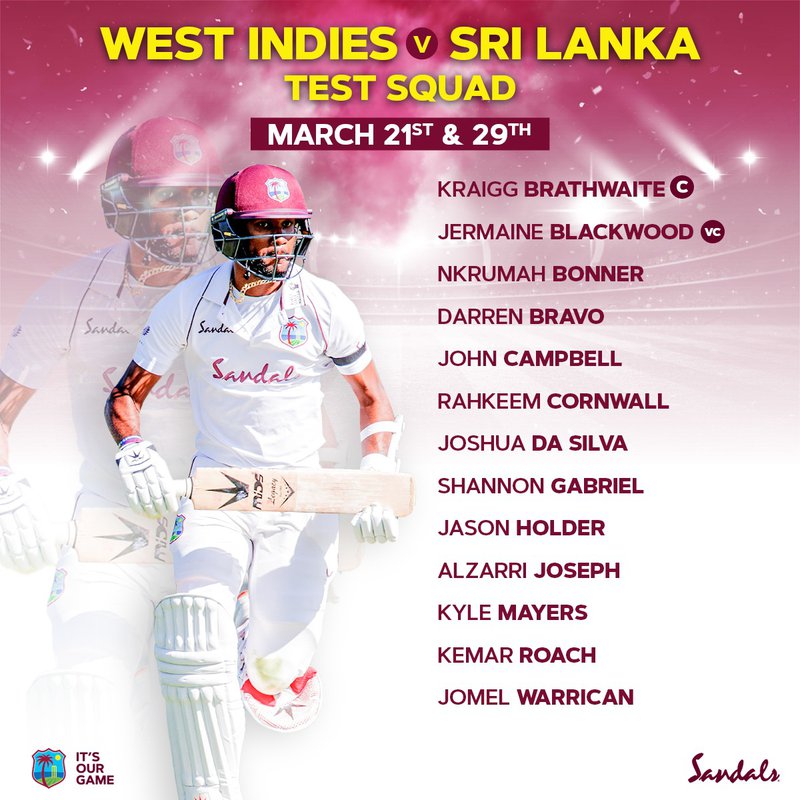 NOTE: Following the conclusion of the President’s XI match Roston Chase, Jahmar Hamilton and Chemar Holder will remain as reserves for the first Test. Jayden Seales will remain as a developmental player. 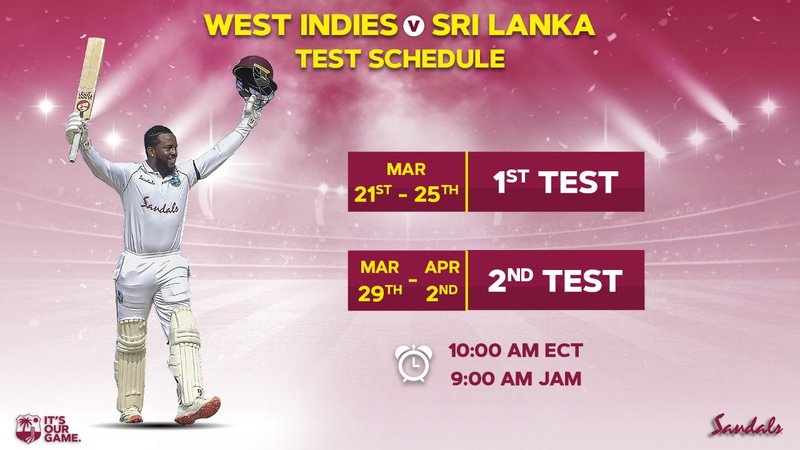