Cricket West Indies today announced the fifteen man squad for the ICC U19 Cricket World Cup that takes place in South Africa in January 2020. Captained by Kimani Melius, this exciting young squad will firstly be facing the England U19s and Sri Lanka U19s in the West Indies Rising Stars U19 Tri-Series to be held in Antigua in December. 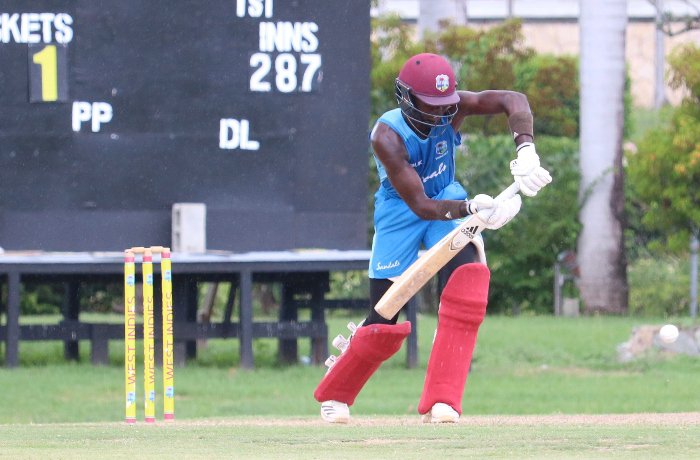 The squad will aim to recapture the ICC U19 World Cup trophy that West Indies U19s won in 2016 and features three team members who played at the ICC U19 World Cup 2018: Captain Kimani Melius, Ashmead Nedd and Nyeem Young. Other notable names include Leonardo Julien and Jayden Seales who are part of the West Indies Emerging Players squad that is performing strongly in Zone B of the current Colonial Medical Insurance Super50 Cup.

The West Indies U19s then travel to South Africa after Christmas to finalise their preparations for the ICC U19 Cricket World Cup which will take place from January 17 to February 9. At the start of their quest to add to the momentous 2016 world title, they will face three time winners Australia, 1998 winners England and tournament debutants Nigeria in Zone B.

“I would like to congratulate the fifteen players selected to represent the West Indies in both the upcoming U19 Tri-Series and the ICC U19 Cricket World Cup. The Tri- Series was always a key component to the team’s preparation and it will be used to establish our game strategies and reinforce the key messages that the support staff have identified as essential to playing successful white ball cricket.”

“Everything we have been working on over the last twelve months has been designed to prepare the team for the opening World Cup games against Australia and England on January 18 and 20”.

The U19 squad members have been building their game experience and gaining match practice having been integrated into their regional Franchise squads and attending specialist U19 training camps during past 12 months.

“We have seen in our trial games and practice matches the huge potential that this squad of young players possess and the areas that needed further development. I am very grateful to those Franchises that have integrated many of the players in their Super50 Cup preparations and the regional Franchise coaches that have been providing additional support on a daily basis.”

“I am now looking forward to watching this young team move forward over the next three months. It’s going to be an exciting journey for every member and one that I hope provides them with some great memories and experiences but, equally, the confidence and skills to move into the professional game.”

“The majority of players have been in the programme for twelve months and the Tri-Series represents the first competitive action for all bar three of the squad, Melius, Nedd and Young all featured in the 2018 World Cup and the experiences they gained in New Zealand will be tapped into and filtered through the team,” said Haynes.

Haynes also addressed how the squad was selected with regard to the conditions that the West Indies U19s face in South Africa.

“We have looked to develop a strong seam bowling attack and the five seamers selected all offer something different. Seales and Forde were successful in the U19s Rising Stars RegionalTournament that took place in St. Vincent and the Grenadines while Simmonds was the surprise package with his extra pace and bounce. We have also looked for batsman that are comfortable on the back foot and are prepared to play with a positive intent, Mbeki Joseph was a late addition to the squad but fully deserved his call up with a string of big scores."

“The Tri-Series will provide the perfect preparation challenge with a mix of styles likely to be displayed by England and Sri Lanka, the six group games will provide the players with opportunities to build confidence and get their game in order before the attention turns to the World Cup.”

“I want to congratulate all who have gained selection. These young talented cricketers are the best of our U19 Rising Stars. I call on all West Indies cricket stakeholders and fans to give them our full support and best wishes now and in the future.”

The Rising Stars U-19 Tri-Series Fixtures in Antigua