The West Indies Women opened their international home series against India Women with a thrilling one run victory in the first Colonial Medical Insurance One Day International, of the ICC Women Championship, at the Sir Vivian Richards Stadium. 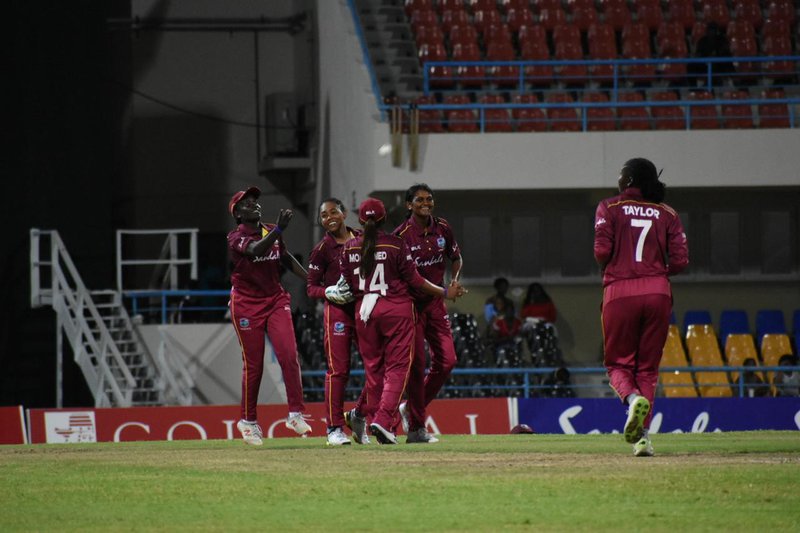 In front of thousands of Antiguans and Barbudans, celebrating their country’s thirty-eight Independence the West Indies Women won the toss and elected to bat first. It was another special day, as local girl Shawnisha Hector made her debut for the West Indies Women, as did Aaliyah Alleyne. 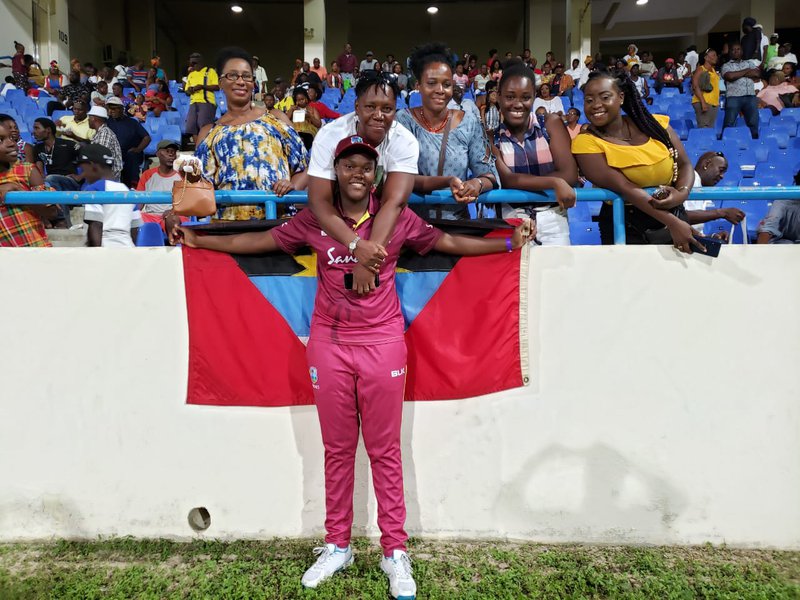 A solid opening partnership between Natasha McLean and Stacy Ann King provided the foundation for the eventual total of 225/7. Mc Lean went on to make her second ODI half century before she fell for 51. 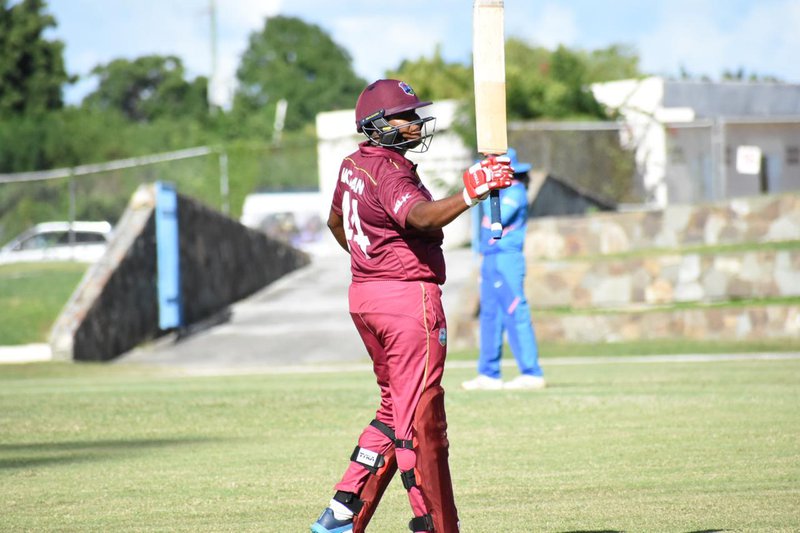 King fell for 12, while Shemaine Campbelle returning to the squad after 4 months off due to injury, made a two-ball 0.

But it was captain Stafanie Taylor who showed why she’s one of the premier women cricketers in the world. Stafanie struck a patient half century to keep the team’s total ticking over. With her was compatriot Chedean Nation, who looked in fine form and was also returning to the squad from injury. Both players thumped the Indian bowlers on anything that was wide or wayward. 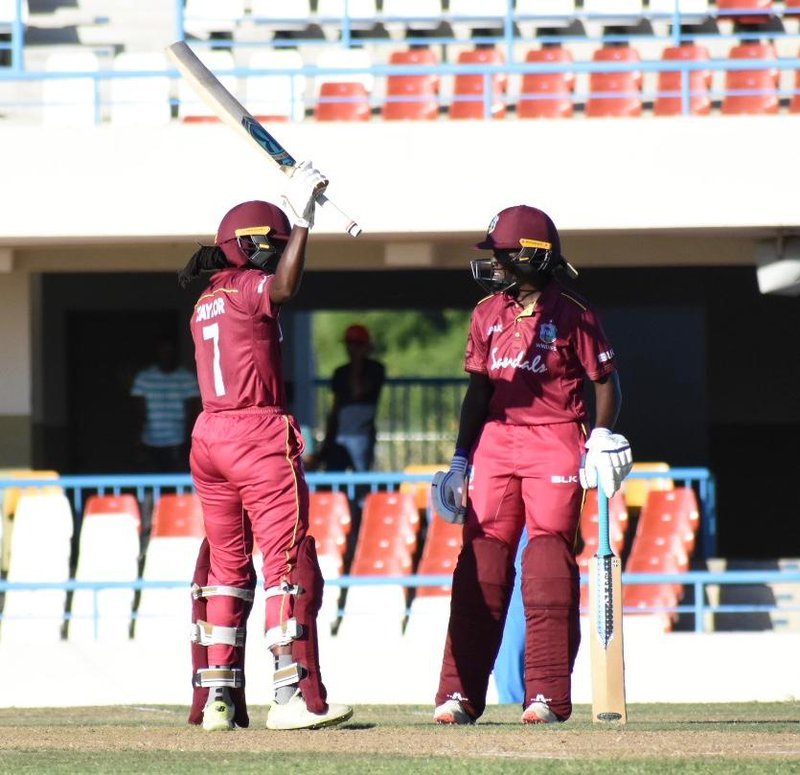 Chedean reached an ODI career high of 43 before she was caught off Jhulan Goswami. Stafanie then kicked it into high gear, blasting 48 runs from 23 deliveries as she raced in search of triple figures. With one ball remaining in the innings and 6 more needed for her 6th ODI century, she heaved one straight back to long-on. Just as the crowd was about to celebrate with her reaching 100, Harmanpreet Kaur transformed into superwoman, leaping into the air and plucking what was a certain six, to dismiss Stafanie for a brilliant 94 runs.

The skipper so agonizingly close, hung her head in disbelief as she walked off with tears in her eyes. The West Indies Women finished their innings on 225/7. Shikha Pandey was the best bowler for India, finishing with 2/38, while Deepti Sharma had 2/41.

India looked set to take their time in achieving the 226-run target. Priya Punia and Jemimah Rodrigues dropped anchor and played smart cricket, they took quick singles to keep the score moving when the boundaries were hard to come by.

Chinelle Henry and Stacy Ann King, kept the India batters in check, with accurate lines and lengths. They were supported by Stafanie who bowled her first 7 overs for a mere 12 runs. The concussion substitute had to be enforced when Chinelle slid into the boundary board while saving a valuable two runs. Shabika Gajnabi came on for Chinelle and what a turned around that proved to be.

Stafanie finished her spell with the ball when she removed Shikha Pandey, and Anisa accounted for the remaining two wickets, Ekta Bisht and then Poonam Yadav of the last ball. Anisa achieved the career milestone of 150 ODI wickets, becoming the first spinner to take 150 ODI wickets and moving her to fourth on the all-time highest Women’s ODI wicket-takers list. 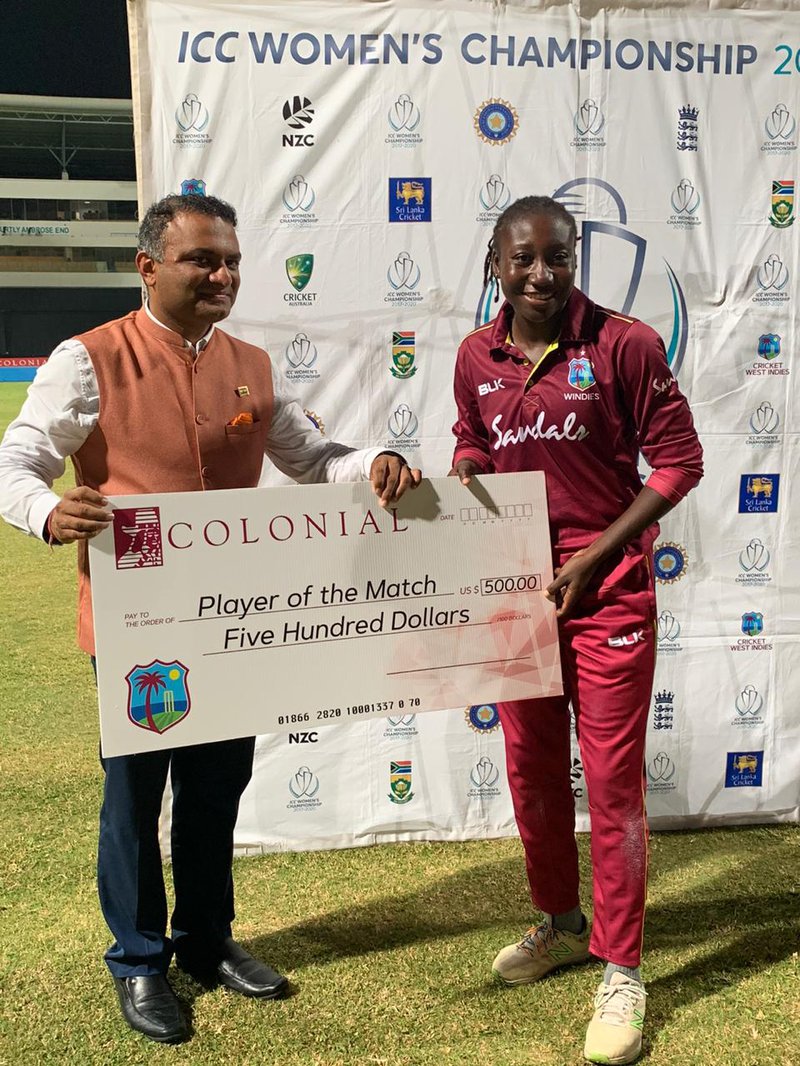