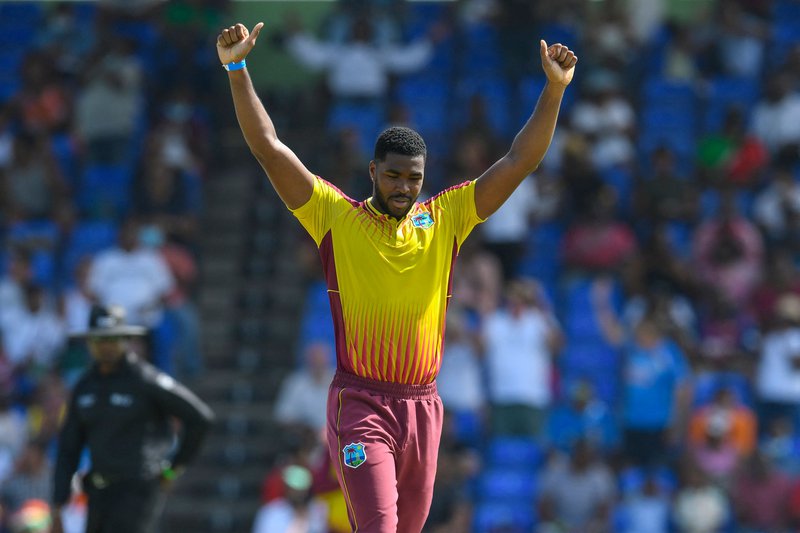 Player of the Match: Obed McCoy

BASSETERRE, St Kitts – Obed McCoy produced one of the most impactful bowling performances in T20I cricket history as he bowled out India for 138 which led West Indies to a major victory on Monday.  A colorful and loud crowd watched as the left-arm pacer produced the best-ever figures by a West Indies bowler in this format before the home side held their nerve in the final over to level the five-match series at 1-1. He ended with 6-17 from a brilliant four-over spell which was a superb mixture of accurate ‘cutters’ and changes of pace.

Watch as the #MenInMaroon celebrate clinching victory in the second match of the @goldmedalindia T20 Cup, presented by Kent Water Purifiers #WIvIND 🏏🌴 pic.twitter.com/UV5Sl2zfAc

Opener Brandon King then topscored with 68 from 52 balls to inspire a successful Indies run chase. Devon Thomas arrived at the back end and demonstrated his maturity and skills with a vital unbeaten 31 off 19 balls which included a six and a four to take West Indies home in the final over.

With West Indies requiring ten runs from the last over, Thomas cleared the ropes at extra cover with the first legitimate delivery of the over from seamer Avesh Khan before slashing the next ball to the backward point boundary. The fans loved it and celebrated the heart-warming victory. 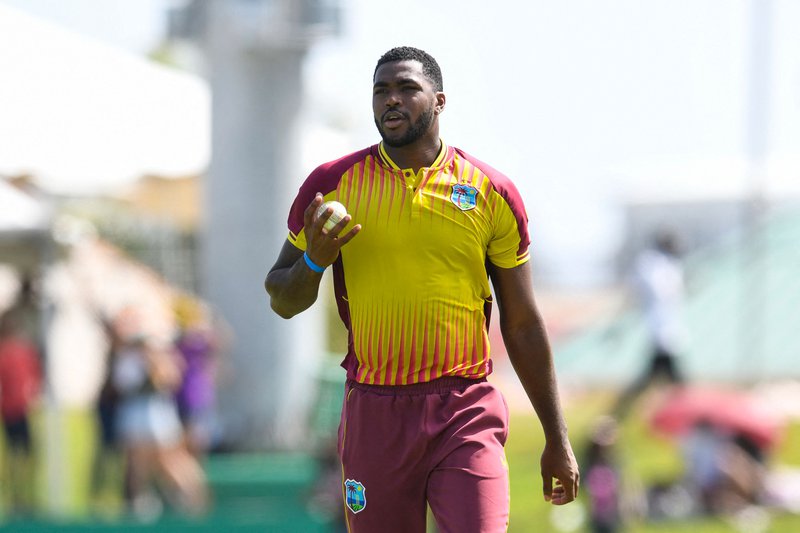 “It’s a great feeling. I’ve been working really hard and to be able to perform against a top side like India, is a great, great feeling,” said McCoy. “I think when you’re bowling you’ve got to have a clear mind, you go with your plans and you assess the conditions – the ground, the wind, everything – and you just bowl accordingly.”

After the great bowling in the first half, King led West Indies’ response with the bat as he struck eight fours and a pair of massive sixes as he dominated a 46-run, opening stand with Kyle Mayers (8). He added a further 25 for the second wicket with captain Nicholas Pooran who made 14 before holing out in the deep off off-spinner Ravichandran Ashwin. This led to a mini-slide as four wickets fell for 53 runs.

King, who reached his fourth T20I half-century off 39 balls at the end of the 12th over, was bowled in the 16th over backing away to Avesh but Thomas held his nerve and delivered a memorable win.

After what we saw on Monday, we will be back on Tuesday for more action. We have a revised start time at 12 noon (11amJamaica) and we will watch to see our West Indies go in search of back-to-back wins and a 2-1 series lead.

Stadium gates will open at 10:30am. Tickets are still available from the stadium box office for the matches in St Kitts with mounds/grounds tickets at US$15/EC$40 and seats from US$30/EC$80, or can be purchased directly through Windies Tickets, presented by Mastercard at “tickets.windiestickets.com” to save direct to your mobile device.

Fans can watch live on ESPN Caribbean and listen to live radio commentary on the Windies Cricket YouTube channel. Fans in India will be able to see the series on FanCode, India’s premier digital sports destination for all fans.