ST JOHN’S, Antigua – West Indies T20 World Cup winners Denesh Ramdin and Lendl Simmons have both announced their retirement from international cricket. Ramdin, a former Test captain and wicket-keeper/batter, along with Simmons, a dashing right-hander who also bowled and kept wicket, were members of the West Indies teams which won the ICC T20 World Cup titles in 2012 and 2016.

In a letter to Cricket West Indies, Simmons said: 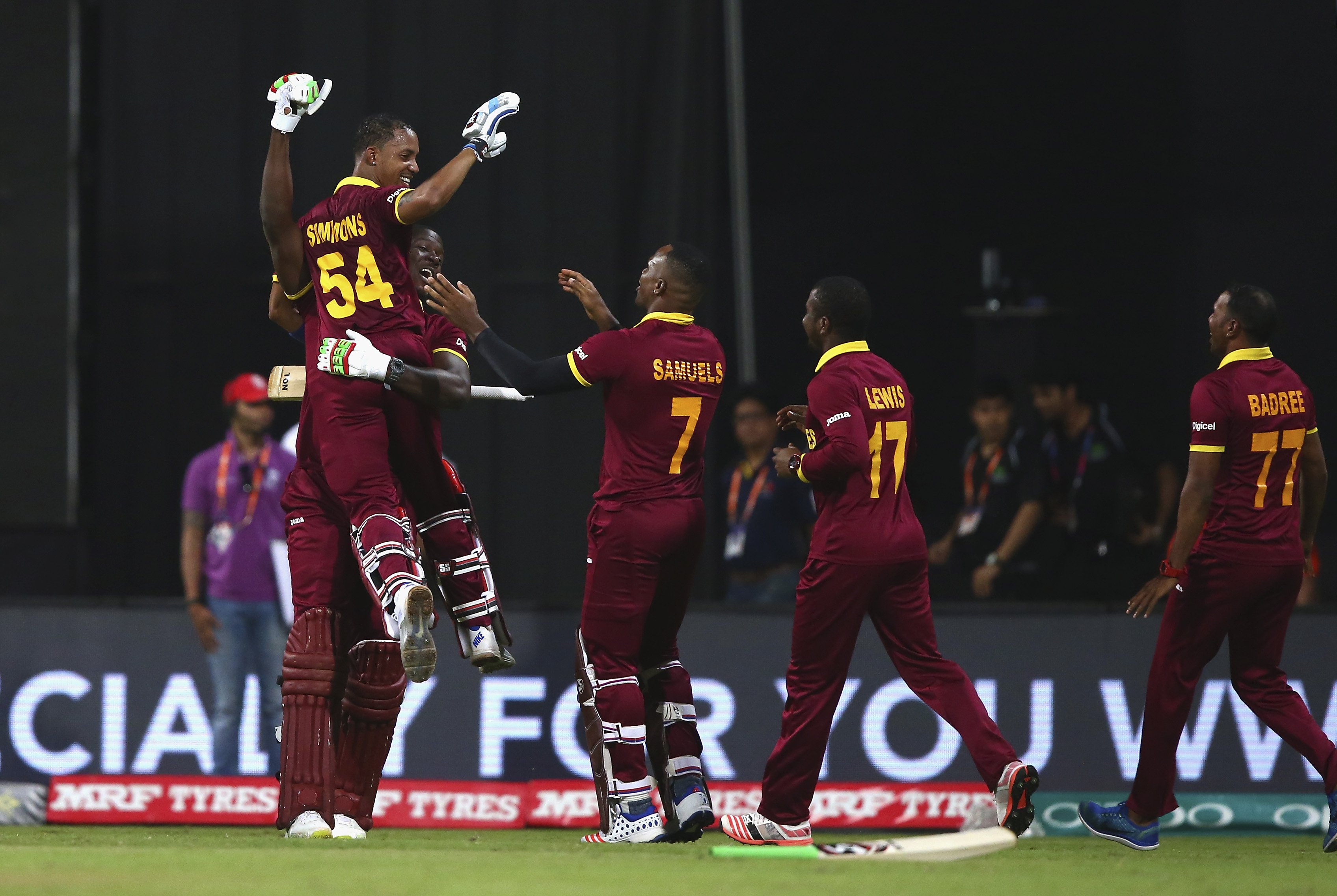 “I would like to formally announce my retirement from international with immediate effect. I would like to sincerely thank CWI for the opportunity to play international cricket which I was fortunate enough to do over a number of years and in the process fulfilling my childhood dream of representing the West Indies cricket team. I would like to wish CWI and the respective teams all the best and would continue to cheer from the stands as well as continue to play a positive role in the development of our upcoming players our future stars within my community.”

Ramdin issued a statement where he noted: 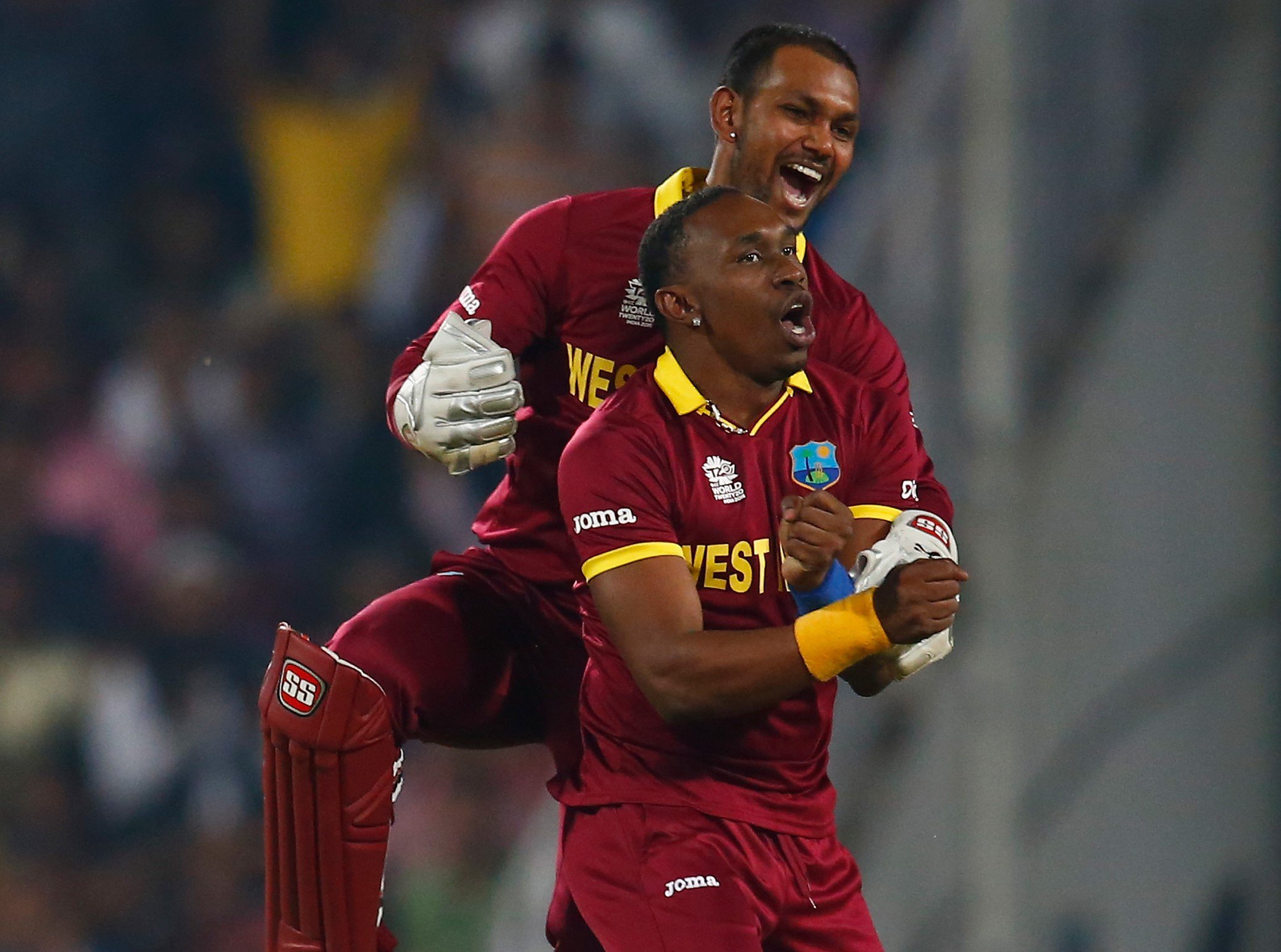 “My career afforded me the opportunity to see the world, make friends from different cultures and still be able to appreciate where I came from. Even though I am announcing my retirement from international cricket, I am not retiring from professional cricket. I will still be playing franchise cricket around the world.”

“I take this opportunity to thank everyone who made an impact on my 14-year career, particularly my family, my beautiful wife Janelle, and our kids for all the sacrifices you had to make for me to be away for long periods of time during my international career.”

Ramdin’s overall record makes him of the most successful keepers in in West Indies history. He played 78 Test matches and made 2,898 runs with four centuries and also held 205 catches and 12 stumpings. His top score of 166 came against England in Barbados in 2009. 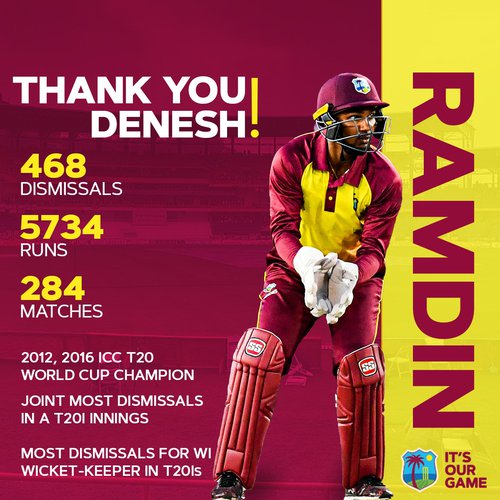 In 139 ODIs he made 2200 runs with two memorable centuries – a best of 169 against Bangladesh in St Kitts, when he smashed a record 11 sixes. He also held 181 catches and 7 stumpings. In T20Is he made 71 appearances and scored 636 runs, had 43 catches and a effected a record 20 stumpings mostly of the spin of Sunil Narine and Samuel Badree. 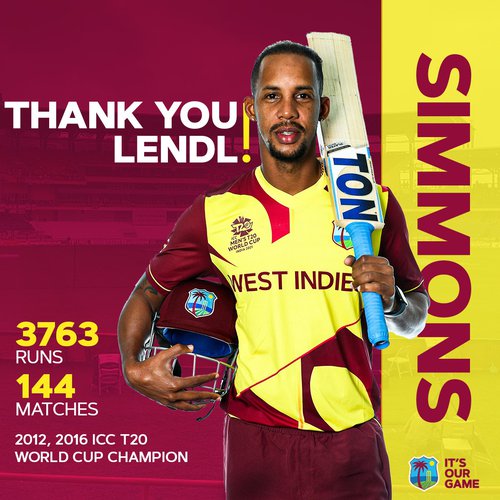 Simmons played eight Tests, 68 ODIS and 68 T20Is and overall he made 3763 runs. His finest performances came during the ICC T20 World Cups. In the 2009 ICC T20 World Cup against Sri Lanka at Trent Bridge he took four wickets in three overs. In the semifinal of the ICC T20 World Cup 2016 against India he struck five sixes in a match-winning 82 not out off 51 balls at the Wankhede in Mumbai to lead West Indies into the final.