SUPER50: Akeem Jordan is intent on winning with CCC 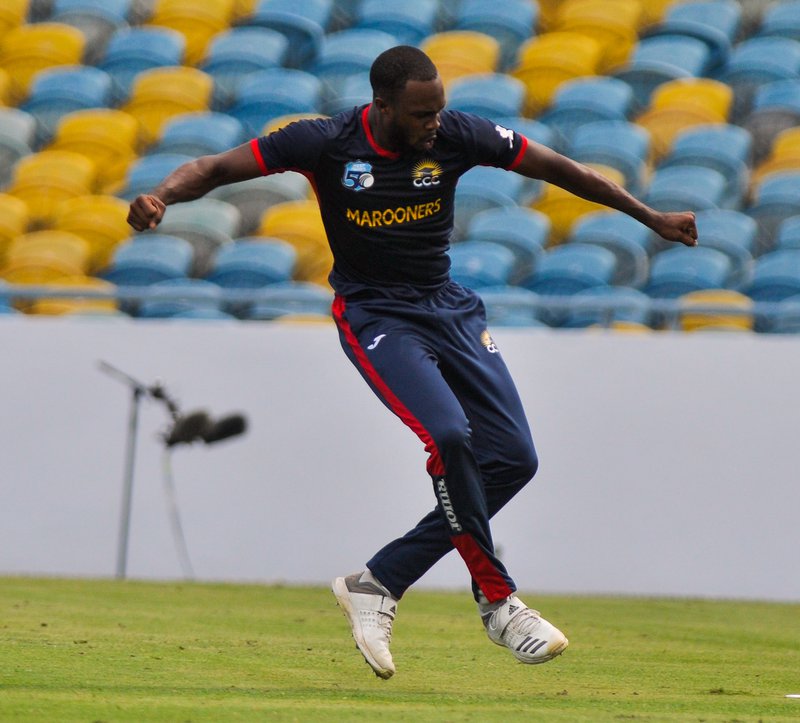 The Marooners pacer, one of last season’s leading wicket-takers, said it proved that though their side has been decimated by the loss of eight players from last year’s line-up, they still had enough quality and had to be respected and would not be push-overs, as they sought to defend the Super50 Cup title.

The result was a timely boost of confidence for the Marooners following a depressing 198-run defeat in the first game of the tournament against hosts Leewards Islands Hurricanes four days earlier.

Jordan followed up a spell of 4-21 from 8.4 overs with a knock of 29 in a 58-run, sixth wicket stand with Akshaya Persaud, which change the game’s complexion entirely and put Marooners firmly on course for victory. 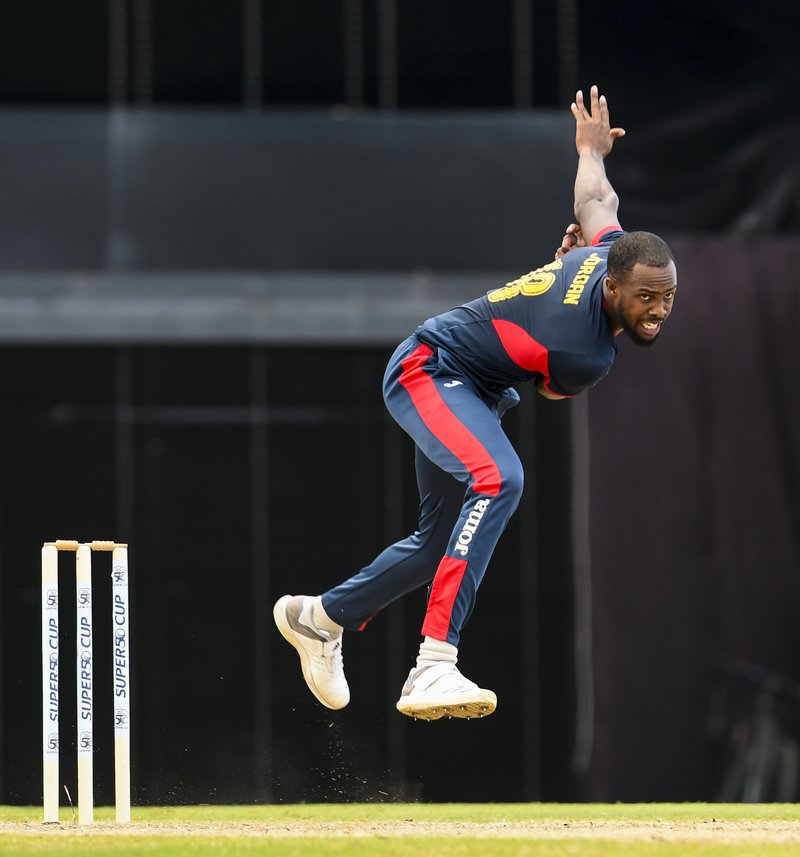 The 25-year-old Jordan spoke to CWI Media following the game and said the win was a big statement about the Marooners’ intent. . .

On bouncing back from defeat against Hurricanes:

To be honest, it was self-belief and self-confidence. After the game we lost against Hurricanes, we went back to the drawing board. This was basically the first time we were playing as a group in a competition. We went back, we had our talks – the coach, the captain, the manager and everybody had their input – and we resolved we had to play our own brand of the game and that’s what we did.

On the team’s heart-to-heart talk:

We went into our meeting room and everyone gave their input. We put everything in perspective and it just paid off in the end. All you can do sometimes as a team is talk and get through it. Get out all the emotions and come back hard on the playing field.

On CCC’s fierce clashes with the Pride:

It’s just another rivalry. There a few Barbadians playing in the CCC team and the Pride like to come at us hard all the time, so that brings out the fight in us to want to do well against them and that’s why there’s always such a good game and a good clash.

On his Player-of-the-Match performance:

I was not pleased with my performance against the Hurricanes, so I just went back home and thought about it and I conceded that I needed to put my hand up and I needed to step up. No matter which skills – batting, bowling or fielding – and it just came off that I had a great game.

On how the win has impacted the team’s confidence:

It’s a massive confidence booster for me. We said we wanted to have a win under our belt before (former West Indies Twenty20 International captain) Carlos Brathwaite comes into the team. To get it and know he is coming into this environment now, bringing his experience and personality, will be a huge boost for us and a huge bonus, so this win for us is welcomed.

On next game against Jamaica Scorpions:

This win will alert teams that they cannot underestimate the Marooners. We have had eight or nine players making their debut for us in this tournament, so there may be some complacency on the part of the other teams thinking this may not be the same team that won last year, and they could just walk all over us. I am glad for this win. We are glad for this win. It makes a statement to the other teams that we are looking to defend our title.