West Indies Head Coach Phil Simmons expects a big year of cricket ahead and has urged his players in Bangladesh to cement their spots during the upcoming series.

The former West Indies allrounder spoke on Tuesday in Dhaka to members of the media via Zoom conference and he was quite clear with the advice as the #MenInMaroon prepare to face the home side in three ODIs and two Tests. 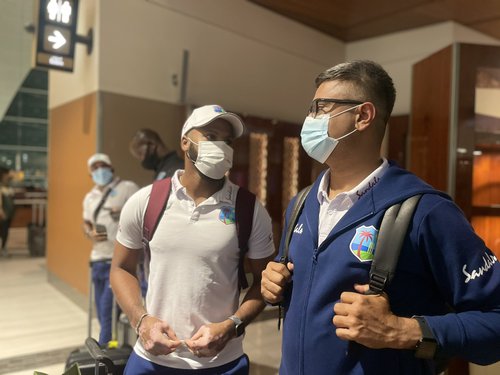 My role and my message to all the players here: you’re not here to fill in, you’re here to give yourself a chance,” Simmons said. “You have a chance now to seal your place in this team. If you do well here, that augurs well for you going forward. He added: “You come here, you do well in the three games in the ODI series and the two Test matches then you’re putting yourself in a place where nobody can move you, so you have that opportunity and only you have that opportunity."

West Indies start the tour next Wednesday, January 20 with the first ODI under lights at the Sher-e-Bangla National Stadium in Mirpur. Before that they will have a 50-over warm-up match on Monday, January 18 against the Bangladesh Cricket Board XI at the BKSP in Savar.

With a packed home schedule planned for later in the year, including tours by Sri Lanka, South Africa, Australia and Pakistan, Simmons said fielding new players on the current tour would help expand the pool of players to choose from.

When we went to England last year we carried 25 players and we’ve seen a couple young players, including the two (Chemar Holder and Joshua DaSilva) that made their debut in New Zealand, come through from that,” Simmons said. We’ve seen a few of the other young players that we know on this tour that we didn’t know before that so … this opens up the pool. There is a lot of cricket ahead this year… that’s a lot of opportunities for player to perform and do well for West Indies.