Simmons has message for batsmen ‘We need big partnerships’

Phil Simmons is calling for another strong all-round game performance from his players when they face New Zealand “A” in a four-day, first-class tour match, starting on Thursday (6 pm Wednesday East Caribbean Time/5pm Jamaica Time).​

The West Indies Head Coach said the side played well against the same opposition in a three-day, warm-up match, which ended last Sunday at John Davies Oval, on the scenic southern island city of Queenstown.

The countdown is now on to the start of the two-Test Series and West Indies will welcome the return of red-ball captain Jason Holder, who has completed his 14-day period of managed isolation. The world’s Number 1 all-rounder arrived from United Arab Emirates where he played in the Indian Premier League and will join the team during the opening day’s play.

“We need to see the same thing again with the batsmen. The big partnerships. The big scores. And, maybe, a few more players getting big scores and getting time at the wicket. That is most important in this game,” Simmons said. “The best thing that can happen is that we win the game, so that we go into the Test series with that kind of confidence behind us. For me, those are the important things. The bowlers they continue to step up every time we go into a Test match, so I am not too worried about the bowlers.” 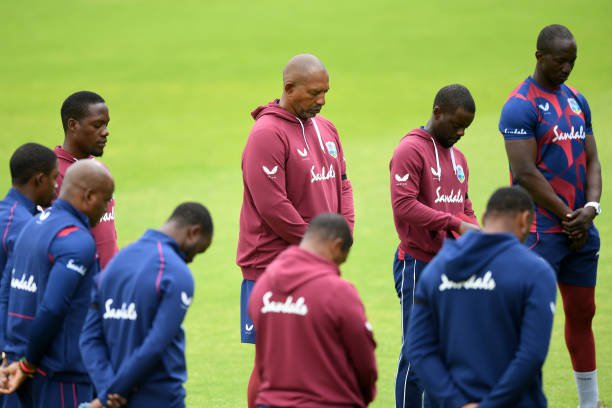 The 57-year-old former West Indies all-rounder said it was very encouraging signs to see the cream of the West Indies top-order batting spend valuable time at the crease during the warm-up match. Experienced left-hander Darren Bravo led the way with 135, Shamarh Brooks supported with 80, opener Kraigg Brathwaite made 47 and vice-captain Roston Chase added 42 in a West Indies first innings total of 366.

“The good thing about the first game we played is that Bravo, Brathwaite, Brooks and Chase, they all spent time at the crease. In this game, it is about spending time at the crease…I am looking at the time the batsmen spend at the crease and how they control their innings, and this is what I am looking for from John Campbell and Jermaine Blackwood in this four-day game.”