A majestic maiden Test century from Shamarh Brooks and top-quality spin bowling from Rahkeem Cornwall and Roston Chase have put West Indies in full control over Afghanistan on the second day of the one-off Test match at Ekana Cricket Stadium in the city of Lucknow. 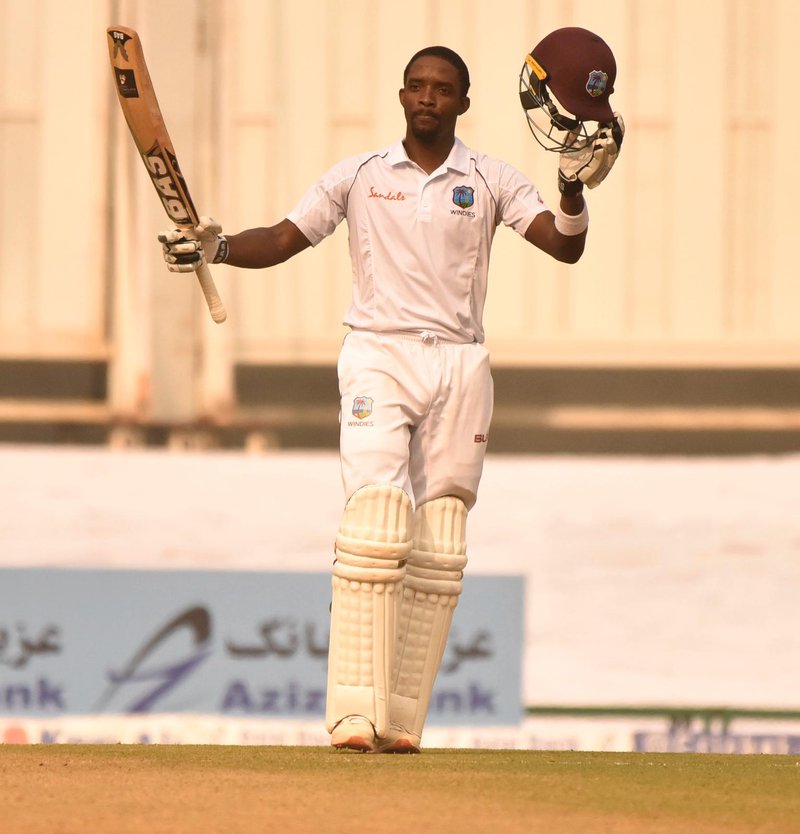 Brooks scored 111 off 214 balls with 15 boundaries and a straight six – in just his third Test – as visitors made 277 all out, a handy first innings lead of 90 on a pitch offering assistance to the slow bowler.

He was assisted in a third-wicket stand of 82 by opener John Campbell, who made his first Test half-century – 55 off 75 balls with seven boundaries and a huge six over midwicket.

Brooks shared another crucial stand of 74 for the sixth wicket with wicket-keeper Shane Dowrich – who contributed 42 off 91 balls with six fours.

“This is just my third Test match, but I’ve been around for quite a few years and I have a feel of what test cricket is all about. We were in a bit of trouble and John and myself we knew we had to bat long and pull things around. It proved vital in terms of getting us out of the trouble and then getting a very vital lead,” Brooks said.

The 31-year-old was speaking to CWI Media after the end of the day’s play.

“It was good to get my first century… it’s a very good feeling, but I was always looking at the scoreboard … to see what was required and how I could build partnerships to try to keep us ahead in the match. It’s good to get the milestone, but that was secondary. I wanted to bat long and keep us in front.”

Congratulations to Shamarh Brooks on his first test 💯. Given the spinning conditions, it was a knock of skill, composure and responsibility.👏🏻👏🏻👏🏻👏🏻

In a dramatic final session Cornwall and Chase both grabbed three wickets as the Afghans were left in great despair at 109-7 – a lead of just 19 runs in the second innings with three days left in the match. Chase came into the attack in the final 20 minutes and picked up 3-12 off three overs. He accounted for the key wicket of opener Javed Ahmadi who topscored with 62 and fell off the last ball of the day’s play.

Cornwall also held two sharp catches at slip to signal his immense ability. His second innings haul of 3-41 follows his first innings of 7-75 and so far given him the amazing match figures of 10-116.

STAY ABREAST OF THE MATCH WITH LIVE MATCH SCORES. CLICK BELOW: