The Home of West Indies Cricket
News
/
Special Feature
/
"I've never been in a situation like that" - Roach says Sabina Win Biggest of his Life!

"I've never been in a situation like that" - Roach says Sabina Win Biggest of his Life!

The big broad smile said it all! Kemar Roach was on top of the world following his amazing batting display to win the first match of the Betway Test Series presented by Osaka Batteries. The West Indies hero labelled Sunday’s dramatic one-run victory over Pakistan at Sabina Park as the most significant of his 66-Test career. 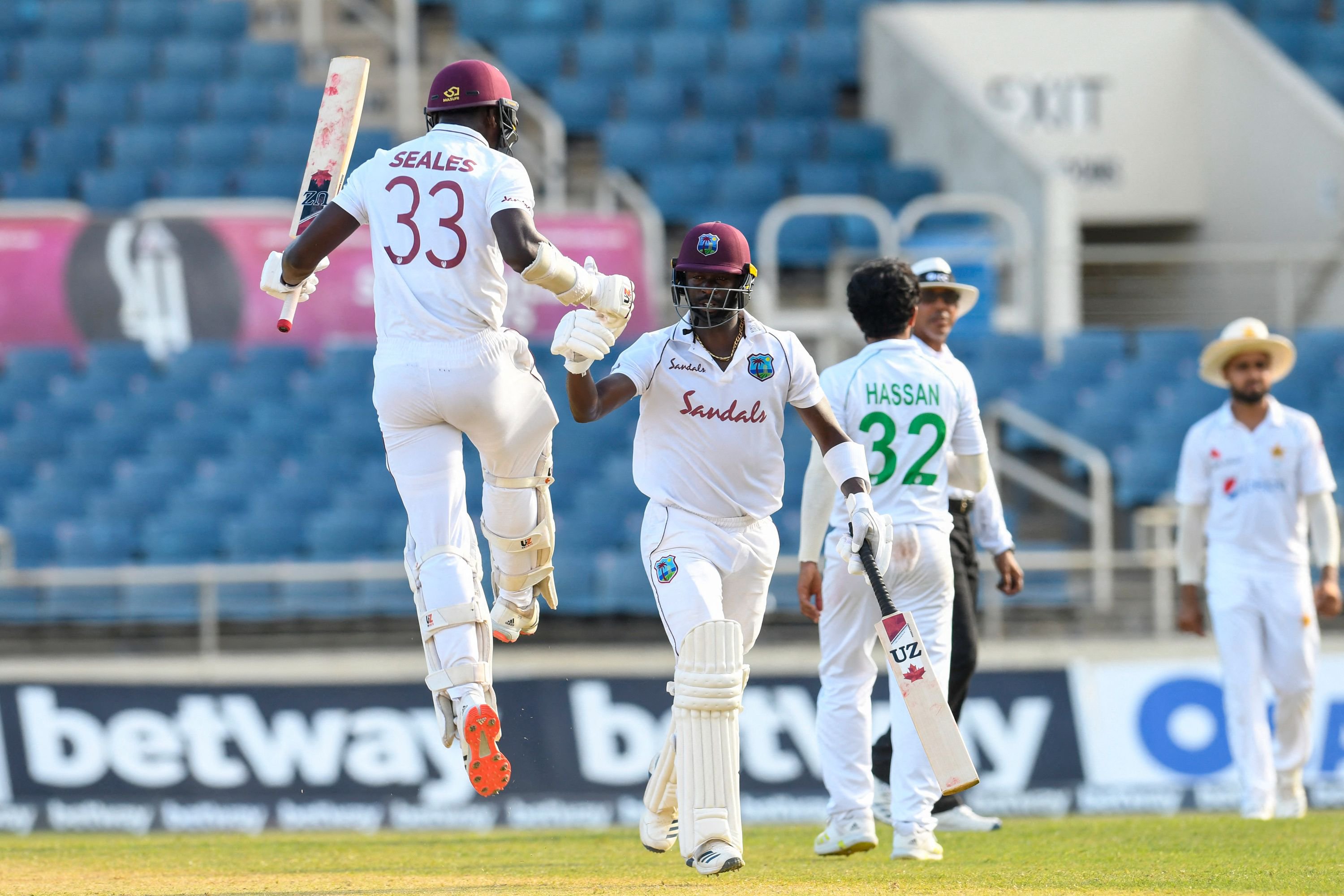 “It was a big victory. I think it’s the biggest victory for me in Test cricket,” said Roach.

“The way we fought or had to fight to get this win was really strong stuff. It was good to see the guys sticking together obviously. The support on the balcony yesterday while I was batting was amazing and then the communication in the middle was simple. I think that’s what helped us to execute as well as we did. It’s a good win, it’s gone down in history. Now it’s on to the next one.”

He was at the crease for a shade over 1-½ hours for an unbeaten 30 that expertly guided West Indies to their target of 168. In the process he became just the fourth West Indian to make 1,000 Test runs ad take over 200 wickets. The others are Sir Garry Sobers, Sir Curtly Ambrose and Malcolm Marshall.

At one stage West Indies found themselves wobbling on 16-3 in the eighth over of the run chase. Later on, Roach put on 28 for the eighth wicket with Joshua Da Silva (13) before defying the Pakistanis in critical stands with Jomel Warrican and last man Jayden Seales.

“Honestly, after tea when me and Joshua started, the way we were ticking if off slowly, there was a lot of self belief,” Roach explained.

“I’ve never been in a situation like that batting with the tail and being the leader so it was communication and we just kept it simple – defend your wicket and look to do it in singles. If we get the odd boundary here and there fine, but we just wanted to tick it off ten runs at a time. We knew once we got close to the score, Pakistan were going to panic and that’s when the runs were going to come.”

See the Match Highlights below!