ST. JOHN’S, Antigua – The return of international fast bowler Ravi Rampaul will be one of the highlights when the West Indies Championship resumes from a recess with the sixth round of matches beginning today.

Though interests will be divided, due to the crucial second Test between WINDIES and England, also starting today at the Sir Vivian Richards Cricket Ground here, the return of the 34-year-old Rampaul to Trinidad & Tobago Red Force line-up for the first time in almost six years will capture some of the attention. 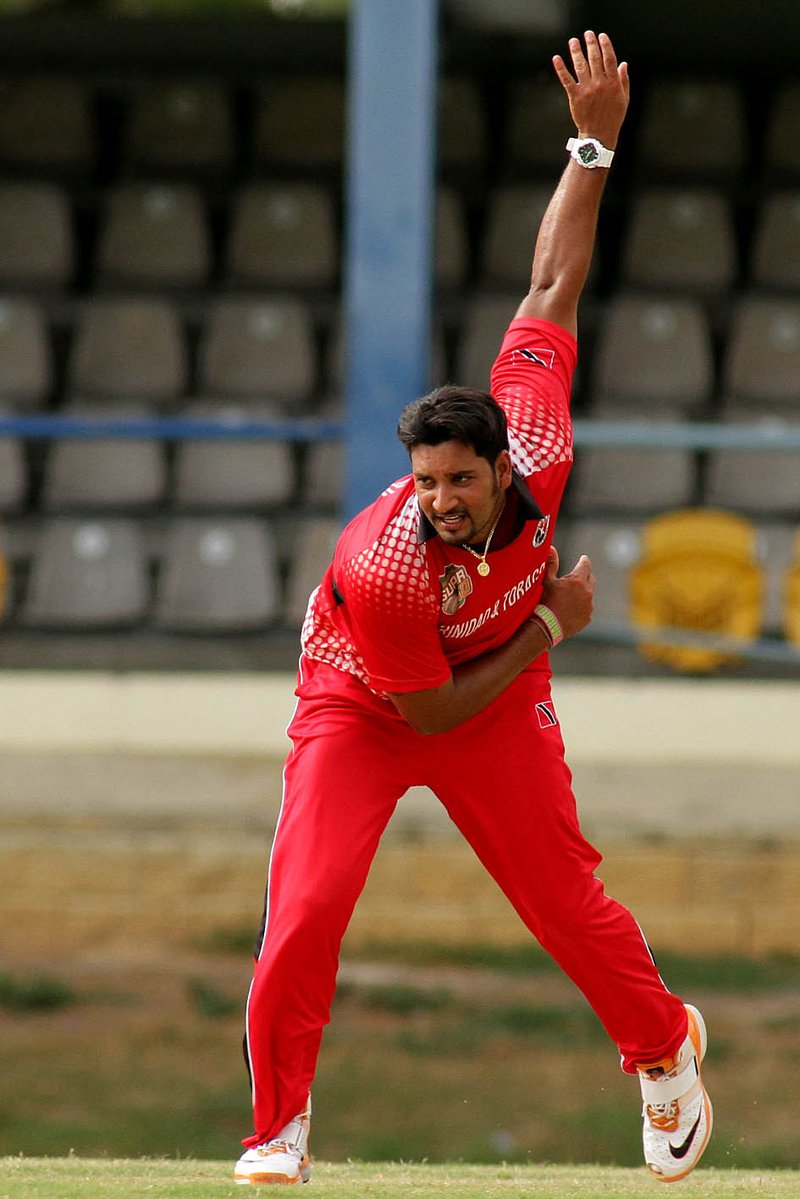 Rampaul has been playing in the English County Championship for the last three seasons and he has been brought back in a bid for the Red Force to slow down front-runners and four-time defending champions Guyana Jaguars in their match at Queen’s Park Oval.

At the same time – Leeward Islands Hurricanes will be hoping to keep in step with the Jaguars, when they meet Jamaica Scorpions at Warner Park.

Red Force vs Jaguars in Port of Spain, Trinidad

Red Force will be hoping that the return of Rampaul and the appointment of former WINDIES fast bowler Mervyn Dillon to the head coaching job, replacing former national all-rounder Kelvin Williams, will transform their fortunes, following a three-day defeat against Pride in the previous round on home soil – at the Brian Lara Cricket Academy in south Trinidad.

The hosts will need for the combination of Rampaul’s skill and Dillon’s knowledge to give them a further edge against a Jaguars side that may be a bit vulnerable following their first loss in two years in the previous round against the Hurricanes.

It’s the Red Force batting however, that will have to show significant improvement for them to be able to slow the charge of the Jaguars, but no significant changes to personnel have taken place there.

History strongly favours Jaguars domination, as they have won all but one of the eight contests in the Professional Cricket League franchise era of the Championship over the last five years.

Both teams enter this match with their confidence soaring high following important victories in the previous round.

Hurricanes became the first side in almost two seasons to stop the rampaging Jaguars and Scorpions emerged from three straight losses and collected their first victory of the season over Volcanoes.

Both sides however, will indicate there are still areas for concern, mainly in the batting, but the Hurricanes seem to hold the edge considering they were made to chase close to 300 to win on a last-day pitch at the Guyana National Stadium last round.

The head-to-head battles between these two sides have been topsy-turvy during the PCL years with the Scorpions holding the edge, winning five and losing three.

Pride vs Volcanoes in Bridgetown, Barbados

The 34-year-old, Barbados-born Edwards has plied his trade for Scorpions and Volcanoes over the previous three seasons, and he will see his elevation to the position of captain of the visitors as a feather in his cap, so returning and facing old teammates will spur him to a special performance to earn bragging rights.

But winning inside three days against Red Force will be a big boost of confidence for the Pride and Edwards will have to pick his side up following their defeat against the Scorpions on home soil in previous round.

Pride’s bowling, which featured heavily in that win, has been fortified with the return of Miguel Cummins and Chemar Holder to the squad following their appearance for the CWI President’s XI against the visiting England Test squad.

The home team is also likely to face a trial by pace as the Volcanoes have added experienced left-arm pacer Delorn Johnson to a line-up that already features WINDIES pacer Shermon Lewis along with rookies Josh Thomas, Ray Jordan and Obed McCoy.

Pride hold the edge in contests between the two sides in the PCL era though, winning five of the eight matches, of which the other three have ended in draws.