Pollard has the power to win it for West Indies 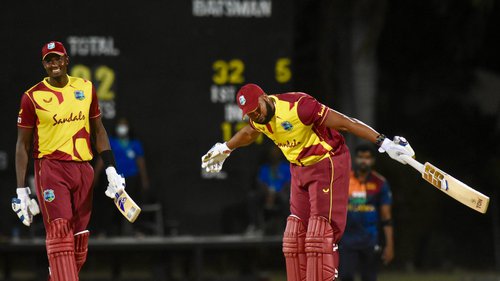 West Indies will have Kieron Pollard as they leader when they defend the ICC T20 World Cup title in United Arab Emirates next month. Standing six-feet-five-inches tall and well-muscled he is an imposing figure and that also translates to his power and might at the crease.

He took over the captaincy in September, 2019 ahead of the series against Afghanistan in Lucknow, India and has led from the front. With his aggressive style and “team first” mantra, West Indies have seen improvements in their performances.

He was at the centre of attention earlier in March, when he wrote his name in history against Sri Lanka at the Coolidge Cricket Ground in the CG Insurance T20I Series. With the match on the line, Pollard hit six sixes in an over – becoming the first man to do so for West Indies at the international level.

In a recent interview he said he was excited by this year's competition.

“There is something magical and special about putting on the West Indies jersey and stepping onto the field. This upcoming ICC Men’s T20 World Cup will give us more special moments. We know our fans will be fully engaged, watching, and supporting and we want to give them plenty to cheer about. I’m excited about the magic moments ahead,” said Pollard.

Pollard knows what it is to be a winner, as he has demonstrated on the global franchise leagues, and he had the sweet taste of victory back in 2012 as a crucial member of the squad which beat Sri Lanka at the Premadasa in Colombo.

Group A: Sri Lanka, Ireland, the Netherlands, and Namibia 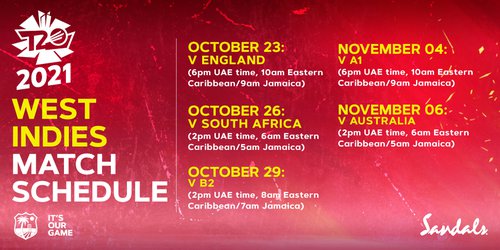