NICHOLAS POORAN has made it abundantly clear that he wants to play Test cricket.

That is an easy question. Of course I want to.

he said when posed with the question on his desire to play the longest format by a West Indies fan. They were speaking during a recent Windies Hangout on the @windiescricket Instagram page. The talented left-hander, who also keeps wicket, went on to explain the events which forced him to focus on the white-ball formats in recent years. However, he reckons that he is back on track to achieving his ultimate goal in the red ball format.

Growing up, I always watched Test cricket and I’ve always wanted to play. I had an unfortunate accident, I had to make decisions and had to live with the consequences. But now everything is alright with me and whenever I am called to play Test cricket, I am ready to play.

The 24-year-old also revealed how tough the recovery time from his nearly career-ending injury was – he sustained significant damage to his left leg in a motor vehicle crash in January, 2015 in Trinidad. 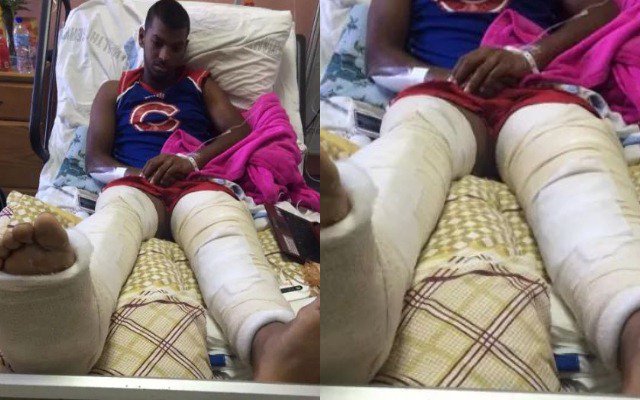 My mindset, to be honest … sitting down at the hospital and sitting at home, I knew my dream was to be a professional cricketer. Mentally, I was so strong. I decided that anything that happened to me, happened for a reason and I just started to believe. Every time I saw improvement in myself, I started to believe that it was possible. I will play cricket again. I didn’t believe I would be down forever. Every time I went to sleep and woke up, I just decided that today was going to be a better day.

My girlfriend and her family, they came and prayed for me; started to teach me about the Bible and religion. They just told me to believe. I started to believe and I saw for myself that every day I was seeing improvement. I believe it’s because of my belief and trust in the Lord. That changed everything for me, to be honest.