Matthew Nandu made a match-winning century as West Indies Rising Stars U19s had a big win over Papua New Guinea U19s to advamnce to gthe semif-finals of the Plate of the ICC Men’s U19 World Cup. The West Indies will now face the United Arab Emirates, while Papua New Guinea are set to take on Uganda in the Plate play-offs.

The home side were in blistering form as they took on Papua New Guinea in the quarter-final. Shaqkere Parris (64) and the left-handed Nandu combined at the top of the order to add 155 runs before the first wicket fell, Parris caught behind off the bowling off Rasan Kevau. Nandu kept scoring alongside Teddy Bishop before he had to go – playing and missing a good ball from Patrick Nou. Nandu, who was captain for the first time, would eventually bring up his first Youth ODI hundred on the final ball of the 42nd over, sweeping for four to earn his first century of the tournament, the landmark coming from 112 balls. 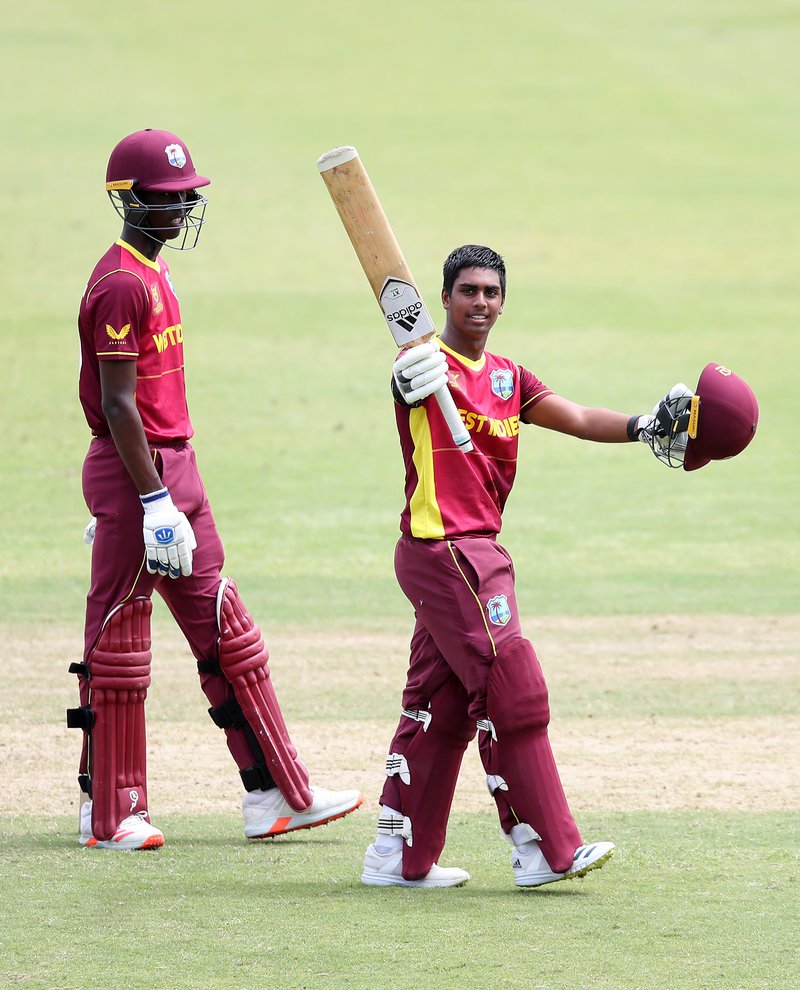 Kevin Wickham made 64 not out off 48 balls with four sixes, his second half-century in as many innings. Nandu made 128 off 134 balls with 15 boundaries and two sixes, before a late fight back by Boio Ray. Nandu was the first of Ray’s victims as he claimed three wickets in the penultimate over. The West Indies eventually ended with an imposing 317-6 off 50 overs. Ray could not add to his heroics as he was bowled first ball by Nathan Edward and was soon joined in the dugout by Peter Karoho and captain Barnabas Maha as PNG slipped to 56 for three

A massive total by the Rising Stars in the 1st innings! #U19CWC

Opener Christopher Kilapat then looked to dig in but was eventually out having scored just five from 46 balls. Not content with top scoring with the bat, Nandu then took two wickets in two balls as Papua New Guinea’s hopes of a win grew slimmer Aue Oru reached 27 not out to be Papua New Guinea’s top scorer but his 52-ball innings was in vain as Rasan Kevau was run out on seven to see his side fall 169 runs short of their target.

Nandu then came back with his off-spin to be the leading bowler with 2-14 off his six overs. Fast bowlers McKenny Clarke (2-34) and Isai Thorne (2-30) were also penetrative to secure the win.