West Indies batsman Kyle Mayers has been nominated for the International Cricket Council (ICC) Player-of-the-Month for February. It is done to recognise the best performances from both across all forms of international cricket. Fans have been treated to some fantastic cricket the last few months and can vote on www.icc-cricket.com for their favourite player.

The left-handed Mayers made an amazing unbeaten, double-century on debut against Bangladesh in Chattogram to lead West Indies to an historic victory. He scored 40 in the first innings and followed up with 210 not out in the second innings to help the West Indies successfully chase 395 and win the first Test. West Indies also went on to win the second Test in Dhaka and thereby earned a magical 2-0 series win on foreign soil. The other two nominees are Joe Root the England captain and Ravichandran Ashwin the Indian all-rounder.

Who’s your ICC Men’s Player of the Month for February?

“It feels great to be nominated for this award. To be among some of the greats of the game is something special. Going to Bangladesh and playing my first Test, I never had a double in mind, I always had the team in mind. Anyone, representing their nation for the first time would like to do their best, my goal was to get a hundred and put the team first,” Mayers said. 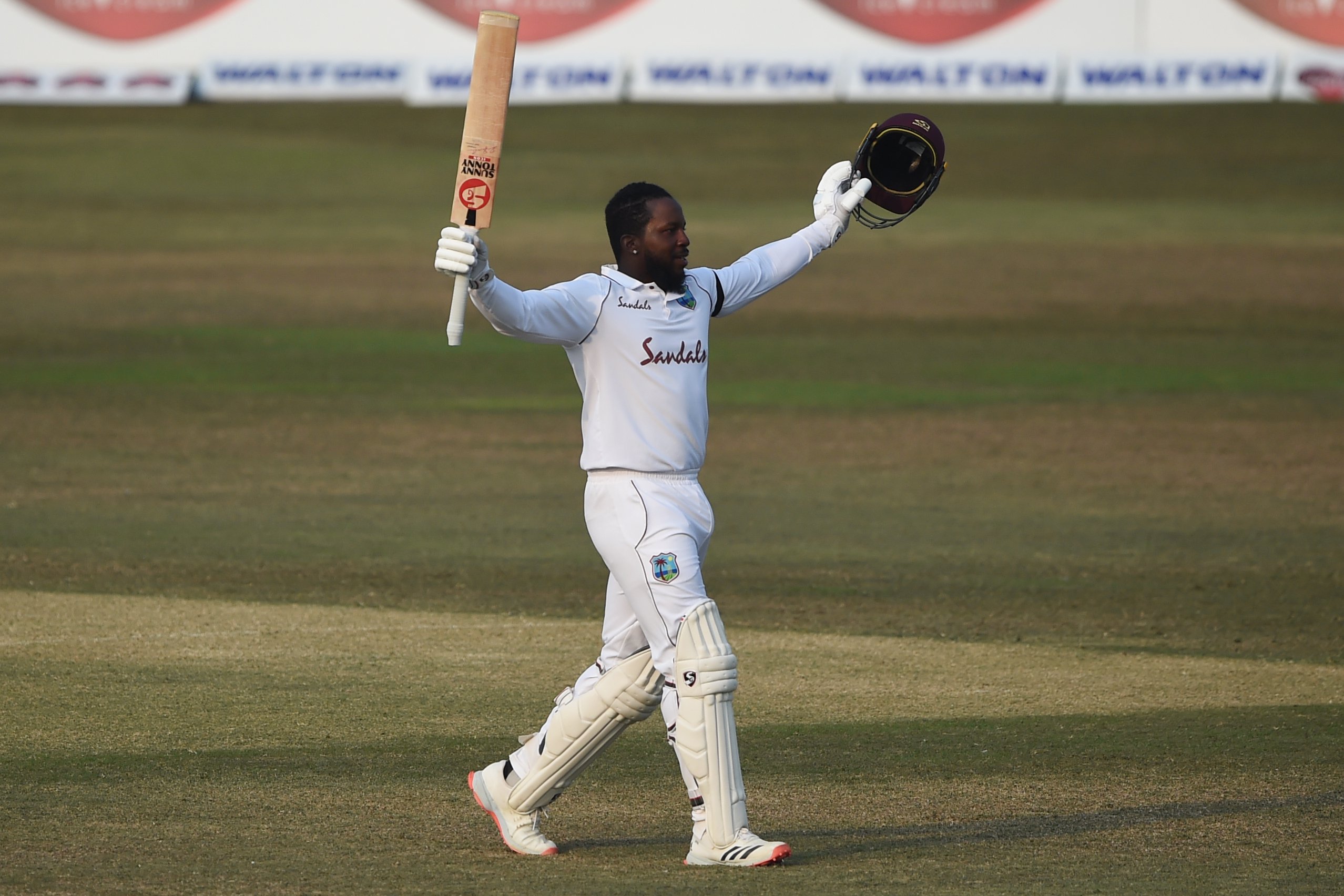 The three nominees for each of the categories are shortlisted based on on-field performances and overall achievements during the period of that month (the first to the last day of each calendar month). This shortlist is then voted on by the independent ICC Voting Academy and fans around the world. The ICC Voting Academy comprising prominent members of the cricket family including senior journalists, former players, and broadcasters and some members of the ICC Hall of Fame.