For the second match in a row, Hayley Matthews demonstrated her amazing batting skills as she led West Indies to another huge win over Pakistan. The opening batter made a sparkling century as the home side won the third CG Insurance ODI and therefore took an unassailable 3-0 lead in the five -match series. 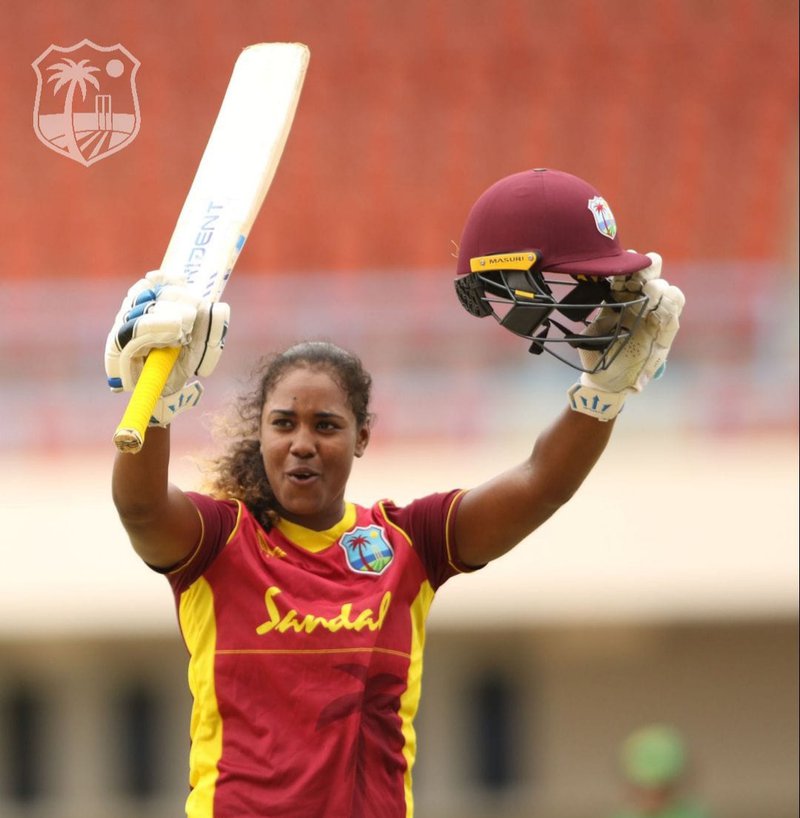 Matthews made 100 not out as West Indies marched to 183-2 off 40.1 overs after Pakistan were bowled out for 182 off 49 overs. She was named CG Insurance Player of the Match. This brilliant knock came off 122 balls and included 11 boundaries, and followed up the match-winning 49 she made in the second match last Friday at the Coolidge Cricket Ground

It was smooth sailing for West Indies as Matthews shared a century stand with Britney Cooper, who was promoted to bat Number 3 and made 45 off 68 balls with three boundaries as they added 106 for the second wicket.

Earlier seam bowler Chinelle Henry had career-best 3-37 to wreck the Pakistan top order as they slipped to 56-3 in the 16th over. The innings was rebuilt by a solid stand of 87 between Naida Dar (24) and Umaima Sohail, who topscored with 62 off 79 balls, with seven fours. Matthews chipped in with 2-30 in the middle overs. Off-spinner Anisa Mohammed, who was stand-in captain in place of Stafanie Taylor as captain, then took 3-25 off her 10 overs to end Pakistan resistance.

The two teams will meet in the fourth CG Insurance ODI on Thursday.