A solid half century from Lizelle Lee and some superb strokeplay from Laura Wolvaardt powered South Africa Women to victory over West Indies Women on Thursday. Lee topscored with 75 off 52 balls with 12 fours a six, as the Proteas made 165-3 off their 20 overs. 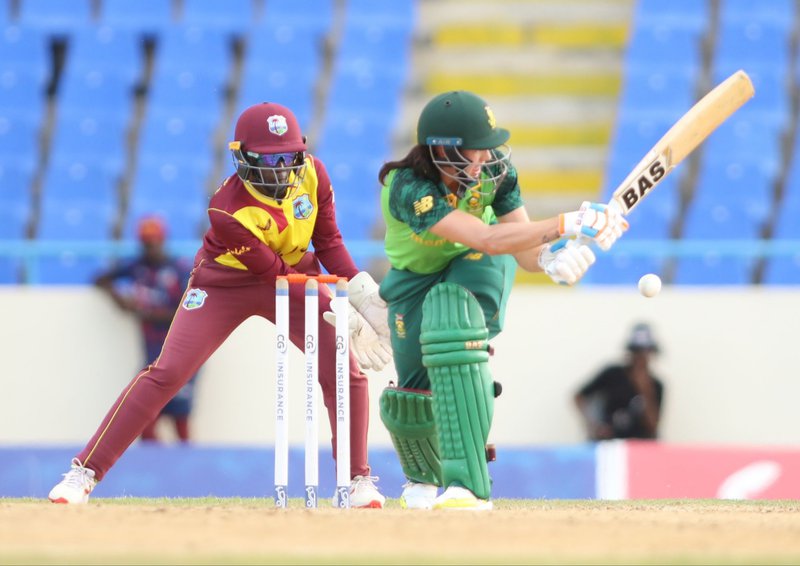 The innings was given a late boost by Wolvaardt who smashed the last four balls for consecutive sixes as she ended on 33 not out off just nine deliveries. It was a spectacular end to the innings, and she hit two down the ground, one over midwicket and the final one wide long-on.

In reply, West Indies got off to a flying start with Hayley Matthews and Deandra Dottin posting an opening stand of 21 off 2.4 overs. Matthews fell for 12 and then Dottin for 19. Britney Cooper showed some enterprise as she hit a six and three fours in 26 off 15 balls, while Chadean Nation, also made 26 off 29 balls. Marizanne Kapp proved to the South Africa’s match-winner with 3-31 off her four overs as the West Indies lost three wickets for just four runs in four overs to close at 115-8 off their 20 overs.

The two teams will return to the same venue on Saturday for the third and final match of the series. First ball is 2pm (1pm Jamaica Time).