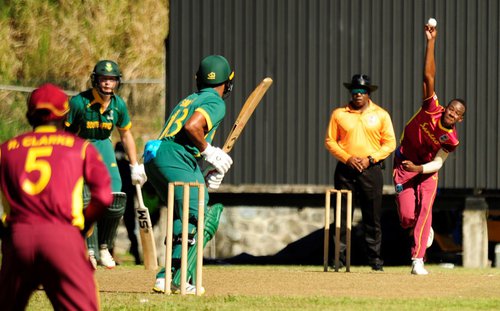 Left-arm spinner Anderson Mahase took four wickets to put West Indies Rising Stars U19s in a winning position, but they had a batting collapse and lost the opening Youth One-Day International on Sunday.

Mahase took 4-33 to be named Player-of-the-Match as west Indies bowled out the visitors for 146 at the picturesque Cumberland Playing Field in St Vincent. In pursuit of a target of 147 for, the hosts were coasting at 121-3 in the 31st over before they lost the last seven wickets for eight runs off 25 deliveries, and were bowled out for to 128. 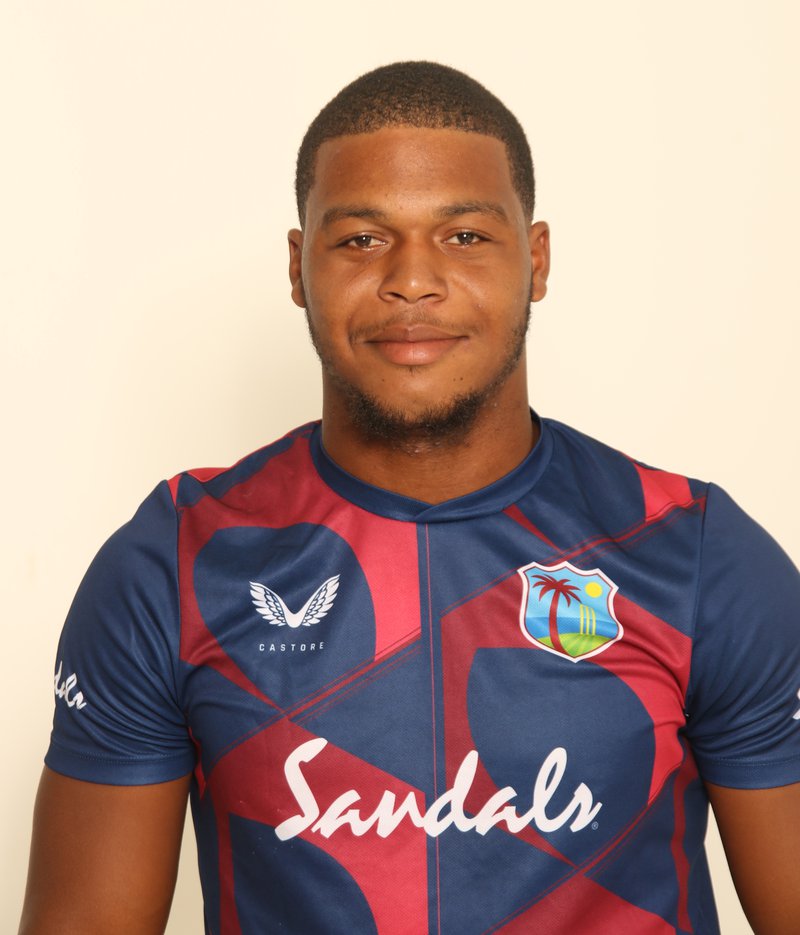 Giovonte Depeiza top-scored with 39 – off 33 balls with three fours and three sixes – and it was his 51-run fourth wicket stand with Rivaldo Clarke (13) which appeared to put West Indies on course for victory. Leg-spinner Dewald Brevis snatched 3-36 while fast bowler Andile Simelane claimed 2-5, to set up South African win. Captain Ackeem Auguste had earlier made 27 and Teddy Bishop, 24 to repair the innings after the openers fell cheaply.

What a view in St. Vincent!😍 WI U19 won the toss and sent in South Africa to have a bat.
More updates to follow. #WIU19vSAU19 pic.twitter.com/WuxkbKvvM1

Sent in, the visitors were dismissed in the 35th over. Jade Smith top-scored with 34 and Ethan Cunningham made 30. Mahase led the hosts’ attack while off-spinner Onaje Amory snatched 3-34 and left-arm spinner Jaden Carmichael 3-19 on debut.

Smith struck three fours and two sixes off 43 balls in a 56-run opening stand with Cunningham who counted three fours and a six in a 44-ball knock. In reply, openers Shaqkere Parris (5) and Matthew Nandu (9) fell cheaply with only 20 runs on the board in the eighth over before Auguste rebuilt the innings in a 50-run third wicket stand, first with Bishop and then with Rivaldo Clarke.

The four-match series continues on Tuesday at the Arnos Vale Stadium. First ball is 9:30am (8:30am Jamaica Time).