ST JOHN’S, Antigua – Soca royalty will meet cricketing greatness when the Apex Test Series comes to the Sir Vivian Richards Stadium. Fans attending the first Apex Test match are in for a special treat as soca mega-star Machel Montano is set to make a special guest appearance. He won’t be in the middle scoring runs or taking wickets, but the super-dynamic Machel will be in the house to perform his many hits for the patrons to enjoy. 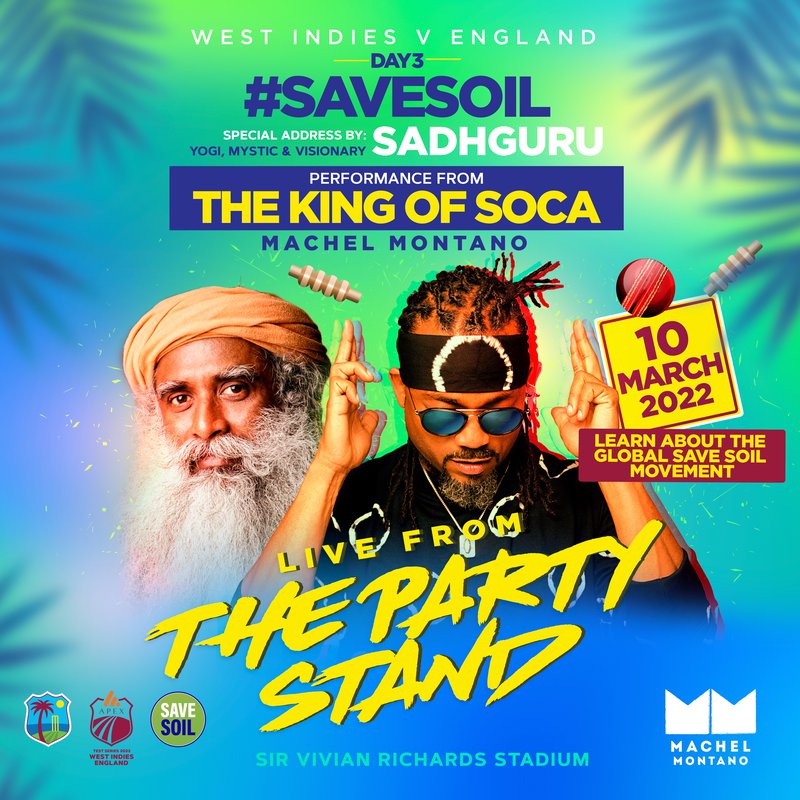 This will happen in the Party Stand during the tea time break (approximately 2:40pm) on the third day of the match (Thursday, March 10). Machel’s performance is part of the global Save Soil movement – which is the world’s biggest ecological movement to save the soil of the earth. This project is pioneered by Sadhguru who will deliver a special message to the audience. The multi award-winning Machel is expected on stage for 10 minutes during which time he will perform his new song “Touch The Ground” with Marge Blackman.

Machel has performed numerous times at international cricket in the West Indies and he will again be looking to entertain his audience, especially with the thousands of fans expected in the crowd. The performance promises to showcase the rich mixture of music and cultural vibes, alongside the region’s first love as we marry cricket and the culture of the Caribbean, as a well as strive for a sustainable planet.