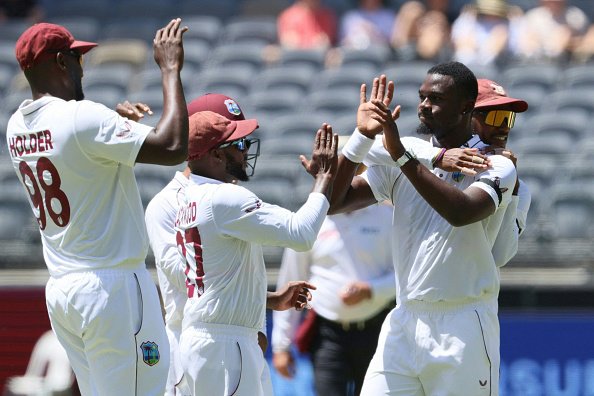 West Indies were put to the test on the opening day of their two-Test campaign Down Under as Marnus Labuschagne recorded his eighth Test hundred to lead Australia’s domination on Wednesday. 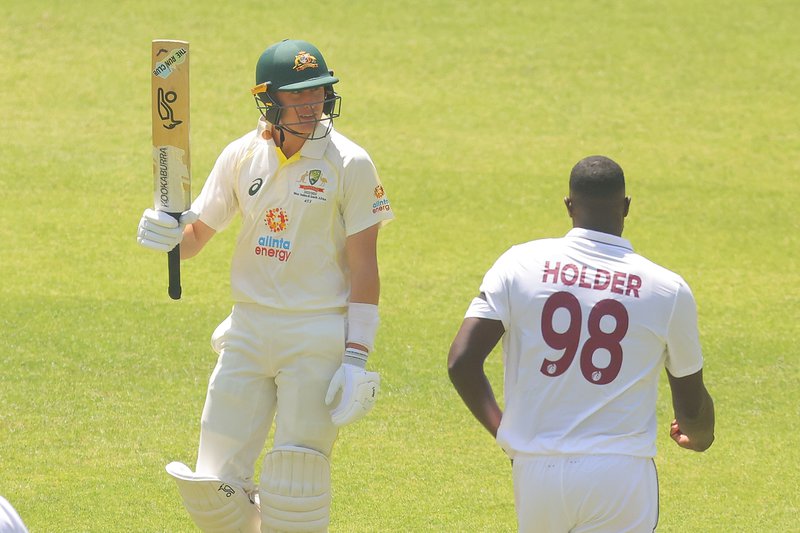 The visited started well when fast bowler Jayden Seales removed David Warner’s leg stump in the morning’s fourth over, after they were asked to bowl. But the prolific Labuschagne arrived to stroke a supremely impressive unbeaten 154 to carry Australia to 293-2 at the close. He was supported by left-handed Usman Khawaja with 65 while Steve Smith was unbeaten on 59 not out at stumps.

There was a testing period for Australia in the final hour before lunch when fast bowlers Alzarri Joseph and Jason Holder, along with medium Kyle Mayers also produced probing spells, but Australia weathered the challenge to take charge in the day’s remaining sessions. 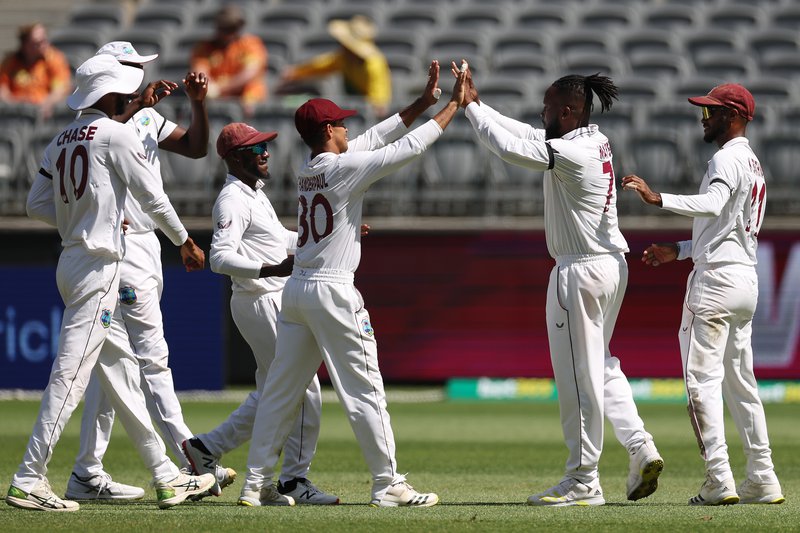 Labuschagne, in his 29th Test, faced 270 balls and struck 16 fours and a six. He was at the centre of two century stands which underpinned the innings. First, he put on 142 for the second wicket with the left-handed Khawaja whose half-century came from 149 balls and included five fours and a six.Labuschagne then added a further 142 in an unbroken third wicket stand with Smith who counted seven fours and faced 107 balls in his 37th half century at this level. 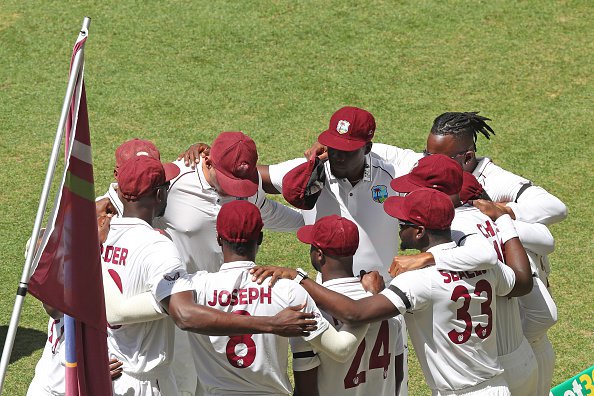 “The first two sessions were good because we didn't let them get away. I think the last session a few too many runs leaked...makes the day look bad but I think the first two sessions were good. I think that's the way you have to bat, especially with the new ball swinging around,” he said. “As we saw in the last session, it belonged to Marnus because he had fought out the hard times before that. We need to get a couple of wickets early tomorrow … realistically, looking at maybe 400...even 450 you're still in the game, because I think the wicket looks like it can get better.”

Early in the day Seales got Warner (5) to drag on a wide ball, the delivery after he had pulled a short ball to the square boundary. The next breakthrough came four overs before the tea break when Khawaja succumbed to the persistent Mayers, edging a beauty behind for wicketkeeper Joshua Da Silva to complete the catch.

Ahead of the start of play West Indies legend Brian Lara presented debutant Tagenarine Chanderpaul with his first Test cap. Both teams participated in the barefoot circle as well as took the knee. West Indies also wore black armbands in tribute for David Murray, the former Test keeper who passed away last weekend in Barbados.