MATCH REPORT: Half-centuries for Williams and Gajnabi but Pakistanis win

West Indies Women A vs Pakistan Women A

Rashada Williams and Shabika Gajnabi starred with the bat for the West Indies Women ‘A’ Team despite going under to Pakistan Women ‘A’ Team on Saturday. Williams made 70 and and Gajnabi scored 56 as the home team posted 179-8 from 50 overs. 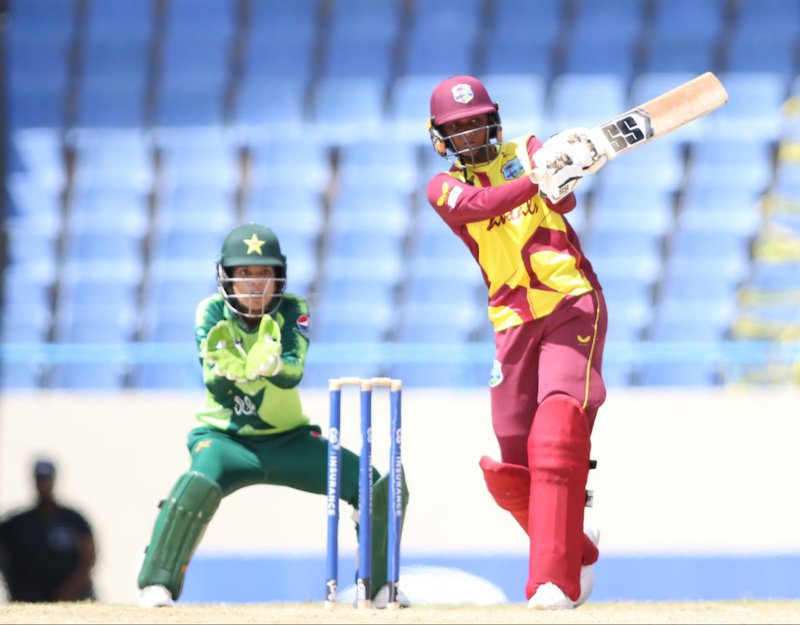 Williams’ knock came off 112 balls which included six fours, while Gajnabi took 92 balls and also struck six boundaries. The pair added 79 in 19 overs for the fourth wickets to rescue the team after they slipped to 63-3 in the 22nd over. Mandy Mangru (13) helped Williams add 46 for the second and later in the innings Sheneta Grimmond smashed two quick boundaries on her way to 14 off 18 balls.

Pakistan Women ‘A’ captain Rameen Shamim was her team’s best bowler, finishing with figures of 2-28 from 10 overs while Anam Amin had 2-29 from her 10 overs.

The Pakistani opening pair of Nahida Khan and Javeria Rauf set their team on the course for the win, posting 135 for the first wicket. Khan fell for 58 off 85 balls when she was caught by Zaida James off Shabika Gajnabi. Rauf ended on 86 not out off 100 balls, with 10 fours and a six to see her team to victory.