GAYLE PASSES 400-RUN MARK FOR THE SEASON IN IPL

DELHI, India – Talismanic West Indies opener Chris Gayle struck his third half-century in his last four outings to pass 400 runs for yet another Indian Premier League season but the effort went in vain as Kings XI Punjab slipped to a five-wicket defeat to Sherfane Rutherford’s Delhi Capitals on Saturday. 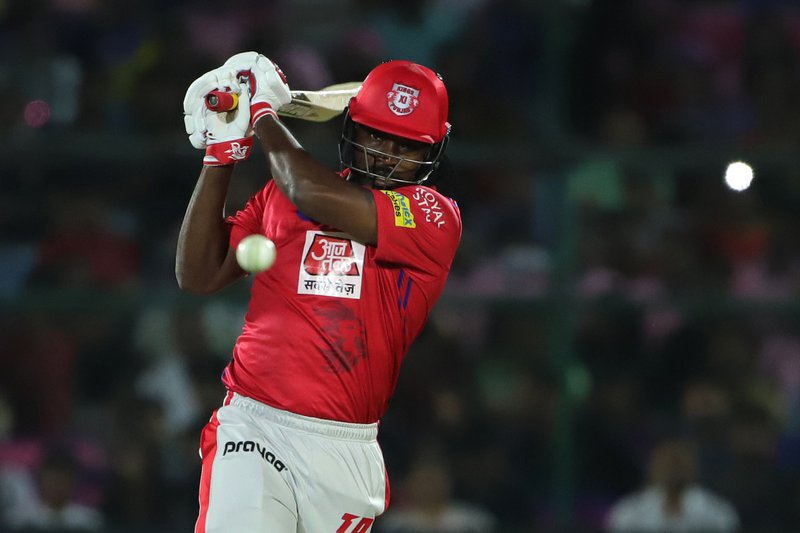 Sent in at the Feroz Shah Kotla, Kings XI rallied to 163 for seven off their 20 overs, with the left-handed Gayle blasting 69 off 37 balls to notch his fourth half-century of the campaign and the 80th of an illustrious career.

Gayle, who punched six fours and five sixes, put on 45 for the fourth wicket with Mandeep before departing in the 13th over, caught on the deep mid-wicket boundary off Lamichhane courtesy of a relay catch between Colin Ingram and Axar Patel.

In reply, captain Shreyas Iyer (58 not out) and opener Shikhar Dhawan (56) laid the perfect platform for a successful run chase when they put on 92 for the second wicket.

Rutherford, in his first match for Capitals, was unbeaten on two at the end after earlier sending down one over which cost five runs.

In-form South Africa opener Quinton de Kock top-scored with 65 in Mumbai’s 161 for five off their 20 overs, with Pollard failing with 10 and Archer conceding a mere 21 runs from four overs which yielded one wicket.