Cricket returned to the international stage after a 117 days but it was a grey, gloomy summer’s outing at the Ageas Bowl in Southampton. Only 106 balls were possible on the opening day of the first Test of the #RaiseTheBat Test Series. After England won the toss and decided to bat first, Shannon Gabriel made an immediate impact and marked a magnificent comeback to the team after recovering from ankle surgery. 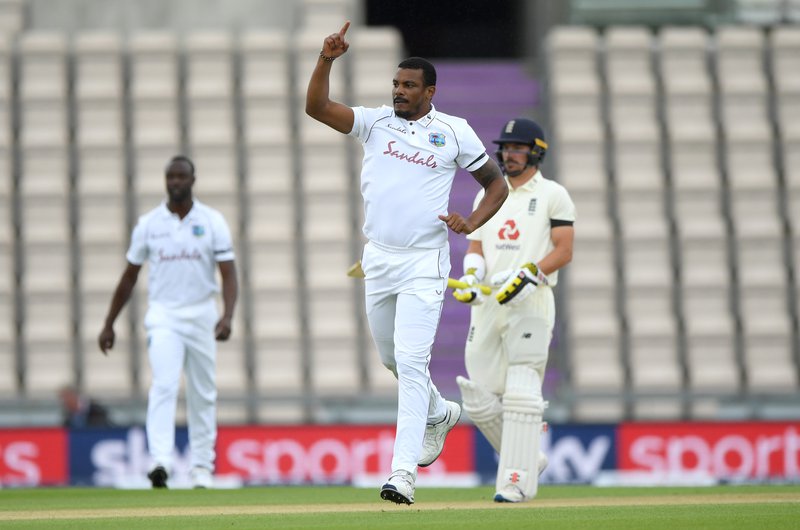 The big fast bowler shared the new ball with Kemar Roach and struck gold with his with his fourth delivery when Dom Sibley was clean bowled offering no stroke. That left the host one wicket down without a run on the board. However, opener Rory Burns and (20 not out) and Joe Denly (14 not out) weathered the storm until rain before tea forced the players and umpires off the field.

Earlier, the toss was delayed by 2-1/2 hours due to persistent drizzles, as play got started 2 pm. Ahead of the start, players from both teams “took a knee” in support of Black Lives Matter, having observed a minute’s silence to mark the victims of COVID-19 pandemic and also former West Indies batting great Sir Everton Weekes, who passed away last week at age 95. 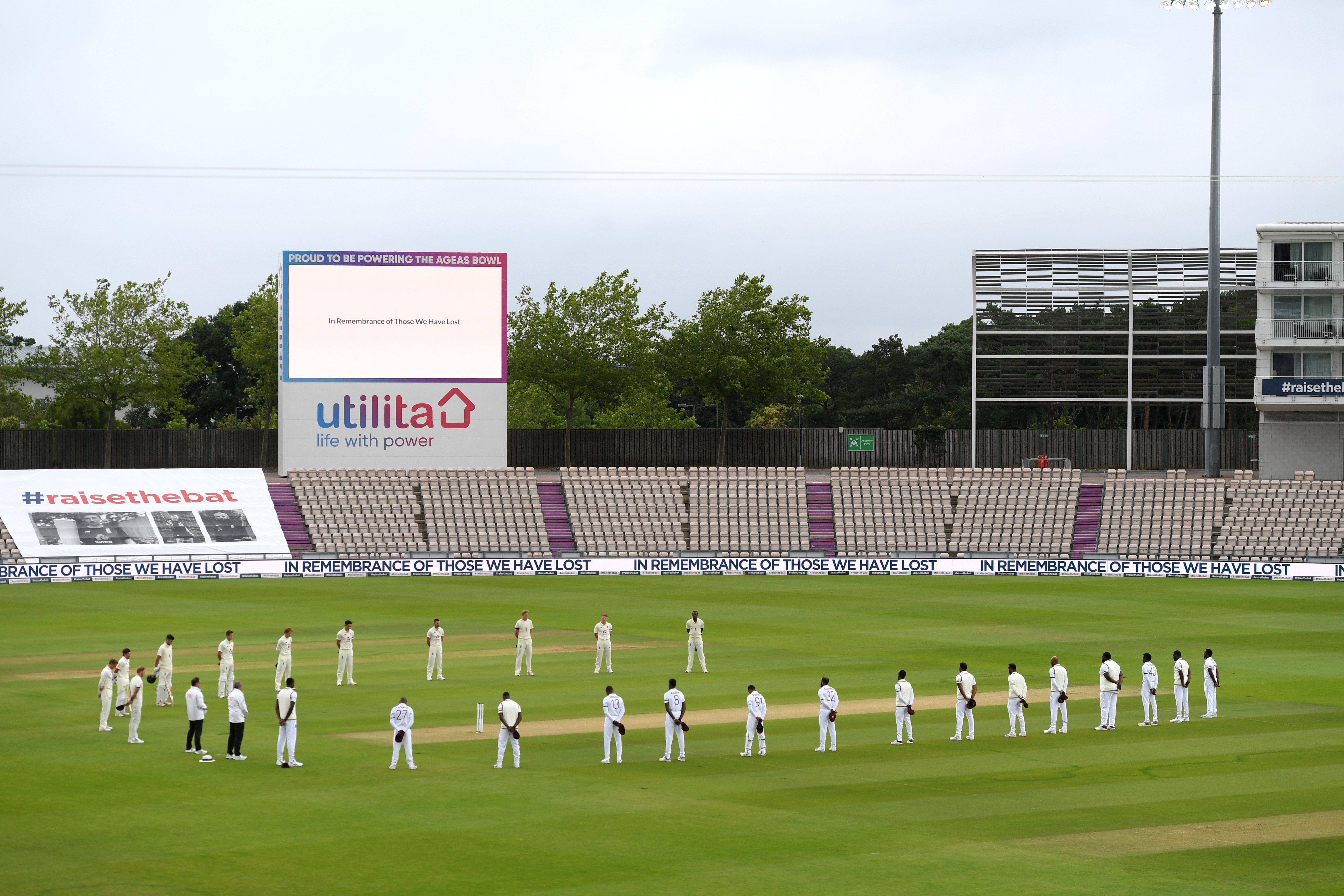