ST. JOHN’S, Antigua – Just half-dozen players from outside of their home territory were picked up by franchises during the 2019-20 Player Draft for the West Indies domestic professional season today.

The Trinidad & Tobago-born batsman, whose solid batting at the top of the order helped to earn the composite Marooners side their first ever regional title, was attained from the Player Pool by the Barbados Pride as one of its five draft picks.

Former West Indies Under-19 captain, off-spinner Ramaal Lewis of Jamaica returns to the Guyana Jaguars, for whom he played last season; Guyanese Bhaskar Yadram, another former Windies Under-19 graduate, was picked up by Windward Islands Volcanoes, who lost out to the Jamaica Scorpions on the choice of wicketkeeper/batsman Denis Smith, after he was surprisingly left off their “protected player” list following a notable performance during the last Championship season.

A handful of players have returned to the franchise in their home territory’s after playing outside in past seasons.

Kyle Mayers returned from the Volcanoes and found a place on the Barbados Pride contracted list, along with fellow all-rounder Roshon Primus, who previously played for the Trinidad & Tobago Red Force.

After playing in previous seasons for the Hurricanes, Nkrumah Bonner made onto the contracted list of the Jamaica Scorpions, which also includes fast-medium bowler Marquino Mindley, who played six games for the Pride last season. 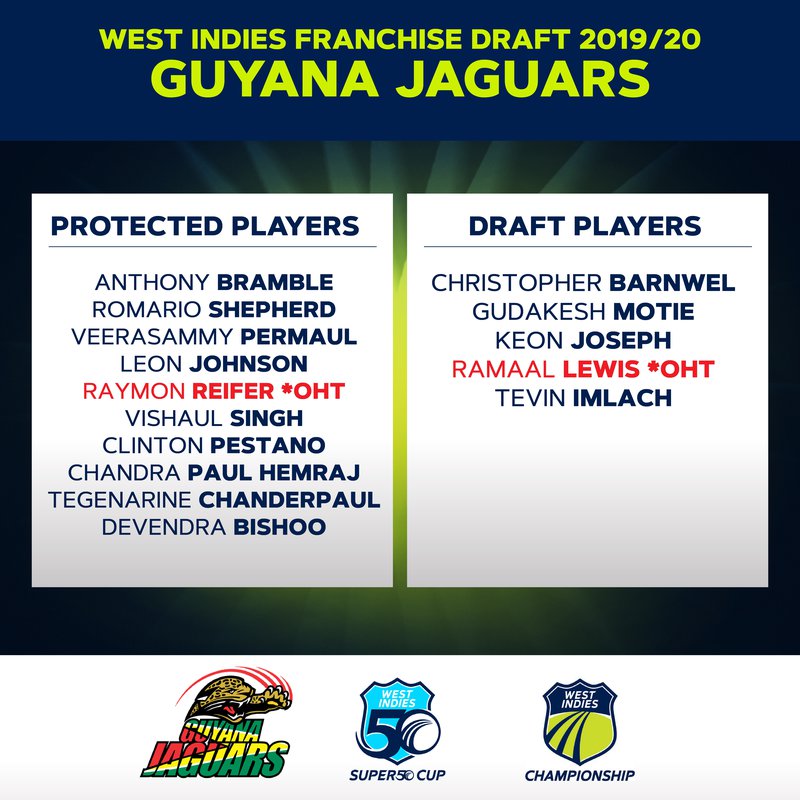 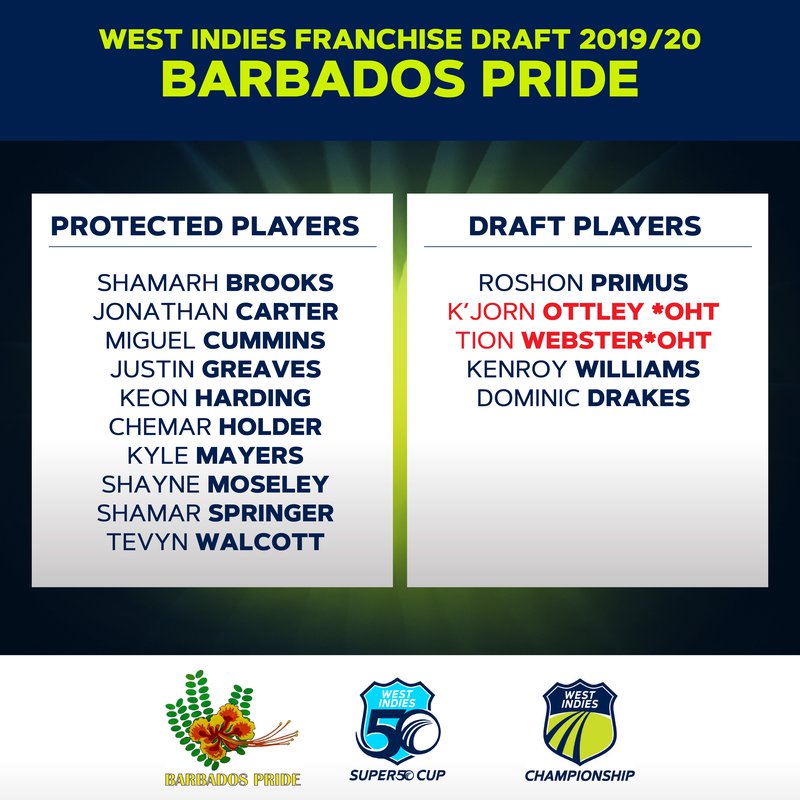 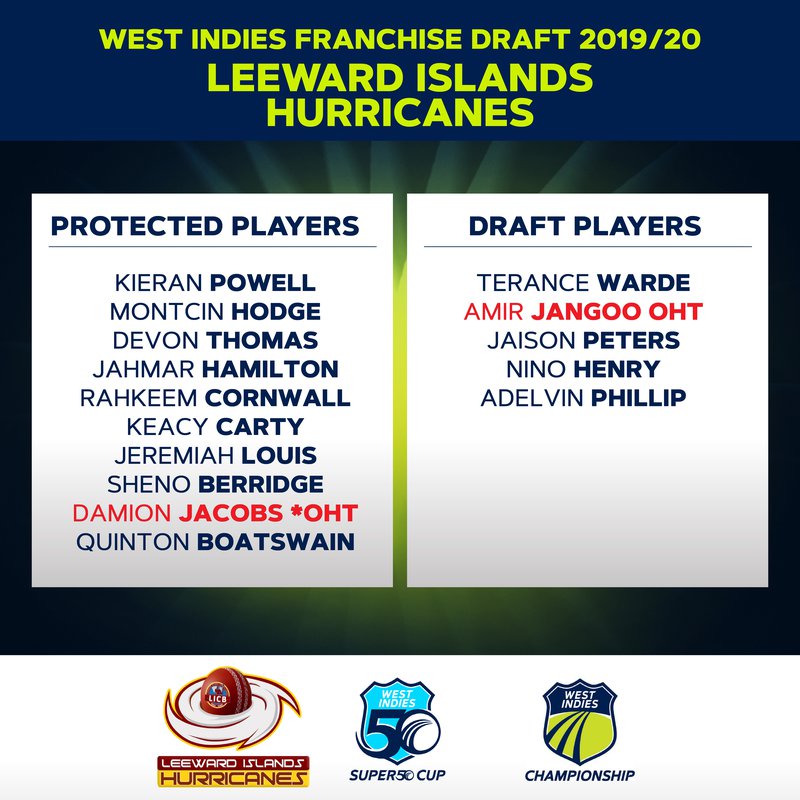 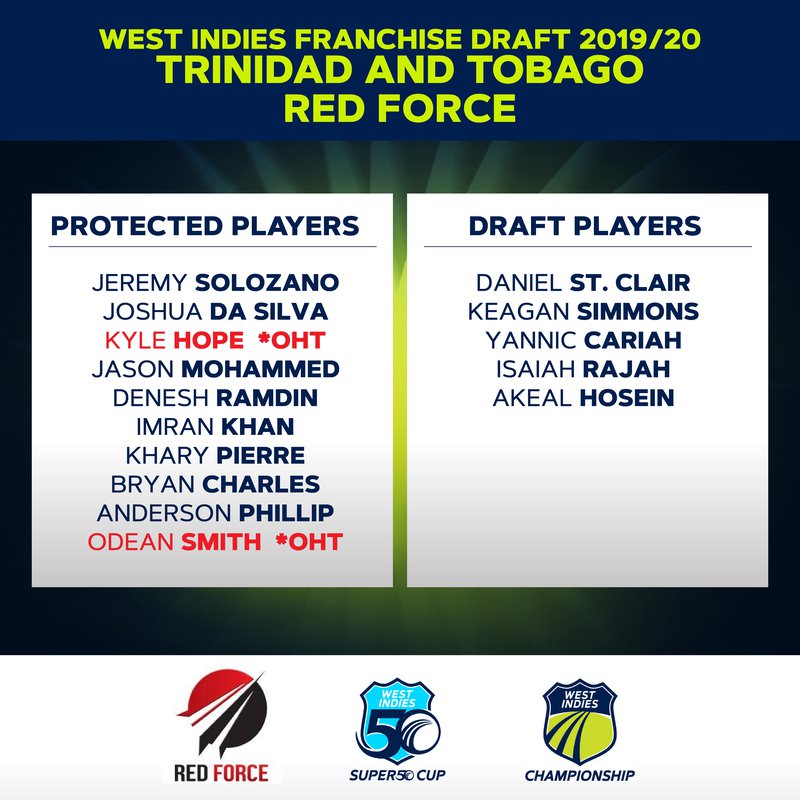 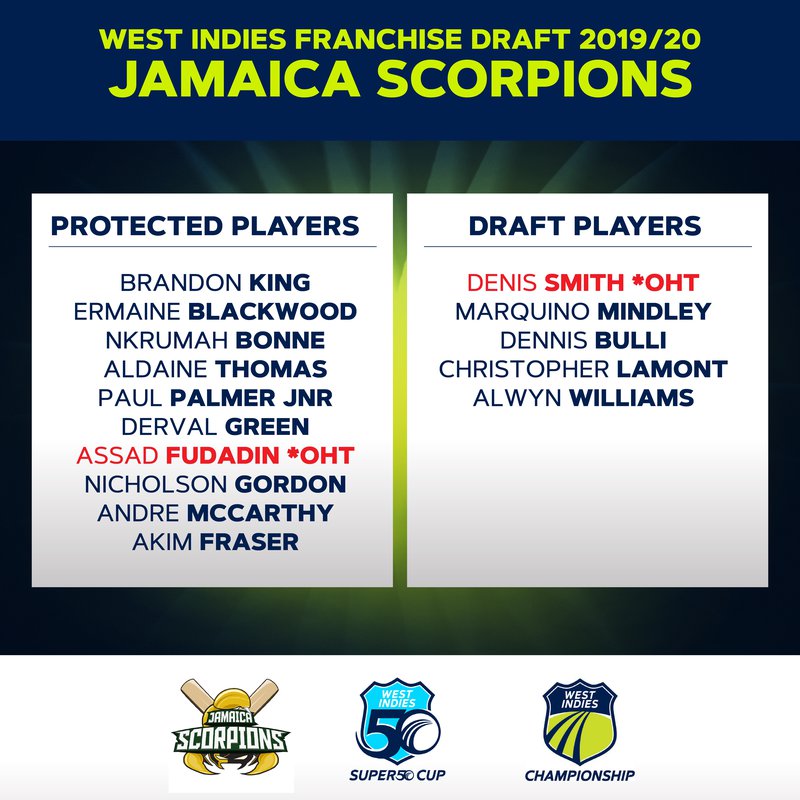 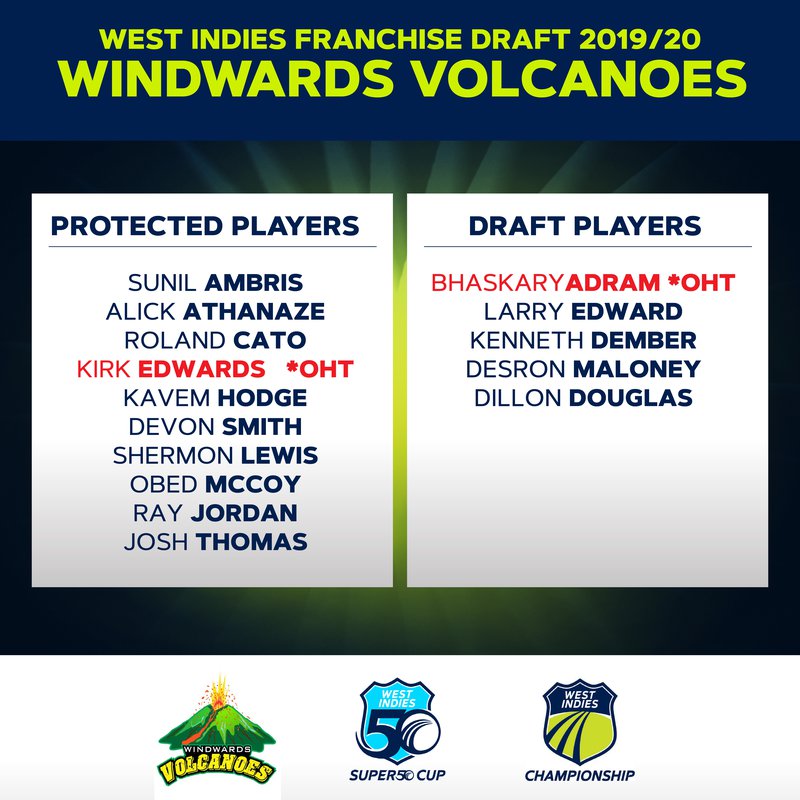 ABOUT THE PLAYER DRAFT

The Player Draft was organised with the goal of achieving an equitable distribution of the available player talent in the West Indies Championship and Colonial Medical Insurance West Indies Super50 Cup.

Each Franchise contracts a minimum of 15 players, as follows:

● 10 players pre-selected from their home territory or from the previous season’s roster (also known as “protected players”);

● 5 players drafted from the Player Pool with a minimum of two from outside the franchise’s territory; and

● Each franchise can have one international player (i.e. non-eligible West Indian player) at its own cost

The six franchises participated in the Player Draft through a selection panel consisting of:

The Player Draft was webcast through the WICB’s website, www.windiescricket.com, and was conducted over five rounds. Each franchise had to pick a player in each round and had 1 minute, 30 seconds to select the player. Where a selection was not made within the stipulated time, the offending franchise missed their turn and waited until all other franchises made their selection in that round before making its selection.

The selection order for the Player Draft was the reverse order of the final league position in the 2018-19 West Indies Championship. The sequence below was followed and repeated for each round: