ST JOHN’S, Antigua – Cricket West Indies (CWI) today announced that it will commence a new recruitment process for the new Men’s Selection Panel in January. The recruitment will replace Lead Selector Roger Harper and fellow Selector Miles Bascombe, whose contracts will not be renewed when they come to an end on December 31.

An Interim Selection Panel has been established, with Head Coach Phil Simmons at the helm, along with the captains in the respective men’s formats. Jimmy Adams, CWI’s Director of Cricket, will oversee the process.

“We want to thank Roger and Miles for their work and dedicated services to West Indies cricket in the last two years, as members of the Men’s Senior Selection Panel. Selecting West Indies teams for international competition is a very challenging and assignment, and both gentlemen performed their roles with transparency and dignity.”

“I would like to thank CWI for the opportunity to serve West Indies cricket in the role of Lead Selector and I wish the organization the very best for the future. I would also like to thank all those whose efforts and cooperation helped me to perform my role efficiently. Special thanks to Miles for his professionalism and teamwork. God bless.” 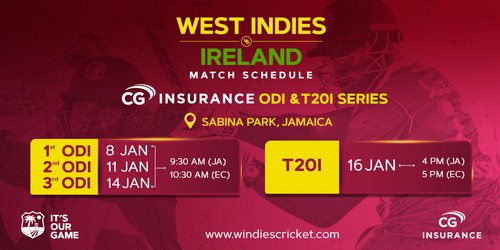 The West Indies Men’s next series is against Ireland at Sabina Park, Jamaica where they will play the three match CG Insurance One-Day International Series on January 8, 11 and 14, and the one-off T20 International on January 16.