CWI thanks Tony Harford for his outstanding service to Caribbean sports

ST JOHN’S, Antigua – Cricket West Indies (CWI) today paid tribute to Anthony “Tony” Harford, who passed away on Friday. Harford was a long-standing highly-respected sports administrator and sportscaster, who also played a major role in development cricket at all levels. Mr Harford was a leading figure in marketing and promotion of sports, including working with the Trinidad & Tobago football team to the 2006 FIFA World Cup. 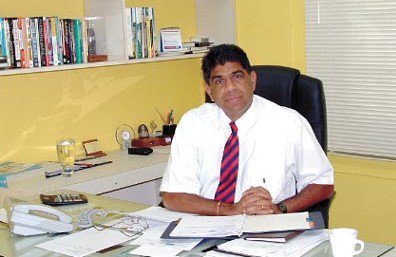 In the 1990s he worked with the then West Indies Cricket Board of Control (WICBC) in the marketing and sponsorship of the West Indies team, and accompanied the players on tour. Tony’s work in cricket also included the development of age group cricket tournaments and grassroots cricket. He was the lead coordinator and fund raiser for the first ever West Indies U17 tour to Australia and established an annual “windball” (tennis ball) tournament for amateur players from across the Caribbean.

“Tony was a loyal son and self-less servant of West Indies and Trinidad cricket. He had a tremendous love of sports, and profound knowledge of the ins and outs of all sports. His service to youth cricket in the Windward Islands was especially innovative and impactful. In the 1990’s he literally relocated the annual Windwards youth tournaments to Trinidad where he found adequate sponsorships to keep the age tournaments alive at a period when the Windwards cricket board was financially strapped. He loved young people and was dedicated to seeing the growth of the sporting industry as well as and the development of individual sportspersons,” CWI Vice President Dr. Kishore Shallow said.

“On behalf of CWI’s President, Directors and staff, I would like to extend condolences to the Harford family and loved ones, as well as the sporting fraternity in Trinidad & Tobago.”