BRIDGETOWN, Barbados – Cricket West Indies (CWI) has welcomed the safe return of fans in large numbers, under COVID-19 protocols, for the recent Betway T20 International (T20I) Series between West Indies and England and confirmed it was delivered to great success. CWI, in a wide ranging collaboration with the Government of Barbados, the Ministry of Health and Wellness, the Barbados Cricket Association (BCA) and Kensington Oval Management Inc (KOMI), safely hosted the Betway T20I Series with thousands of fully vaccinated local and travelling fans within the stadium carefully managed to 50% of its capacity. 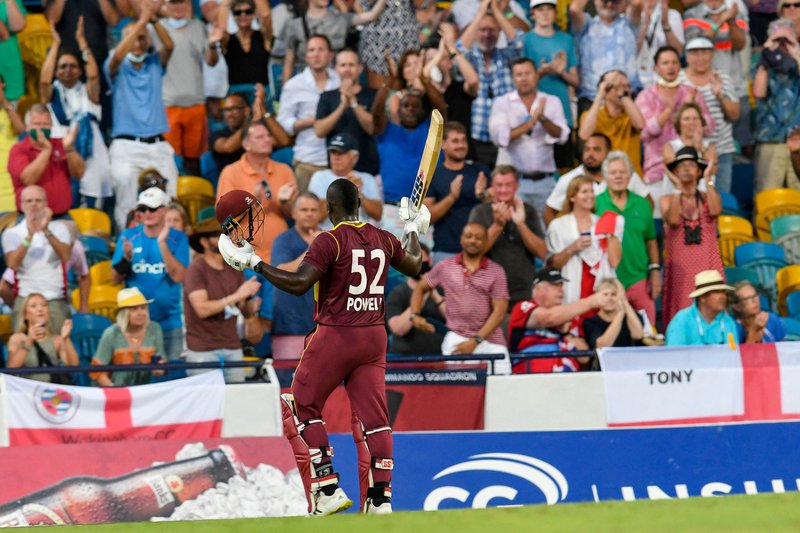 Five exhilarating matches were played over a nine-day period, climaxing with a memorable finish on Sunday night. Two-time T20 World Champions West Indies registered a famous 3-2 triumph over #1 ranked England, with several records being established at the historic venue.

The Betway T20I Series signaled a successful return of spectators in large numbers to watch cricket, with Barbados hosting an average of 4,300 fans attending each of the matches. With capacity restricted to a maximum of just under 5,500 fans to allow for the safe hosting of the event with distancing between groups of fans, the West Indies played in front of a carnival-like atmosphere for the first time in nearly two years. All persons attending the matches were fully vaccinated, with their vaccination status checked and verified by Ministry of Health and Wellbeing officials at the point of entry.

An aggregate of just over 22,500 persons attended the five matches. As the excitement built, home fans returned in greater numbers to watch the West Indies making up over 51% of all fans for the fifth and final Betway T20I. The longstanding appeal of watching England away games in the Caribbean led to an average of 2,500 travelling England fans attending each game. 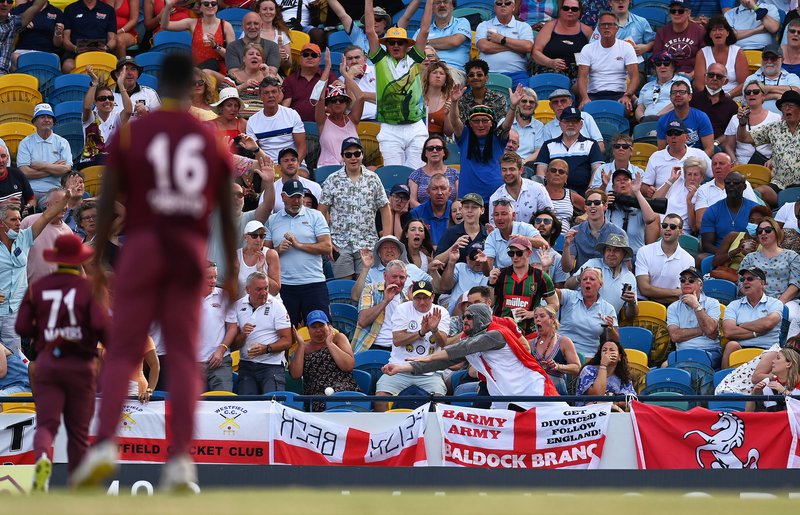 Dominic Warne, CWI’s Commercial and Marketing Director saluted the untiring work of event staff from CWI, BCA, KOMI, and the Government of Barbados, in particular the Ministry of Health and Wellbeing.

“We are extremely pleased with the way the Betway T20I Series was delivered, following such a long gap without fans being able to attend. Blessed with some outstanding performances on the field, fans created an amazing atmosphere in the stands in a safe and secure environment provided by a great collaboration between all parties. The Ministry of Health and Wellbeing’s officials provided a smooth, efficient and friendly validation process on entry to the stadium to confirm fans’ vaccination status."

“This gives everyone involved in the staging of the event confidence and assurance ahead of the forthcoming Apex Test Series in March,” Warne said. “Not only did we enjoy the return of the world-renowned West Indies carnival cricket atmosphere, the successful return of fans will have generated much-needed economic benefit for the region. We want to thank the English visitors who travelled in huge numbers as well as the returning West Indies fans who brought their special vibes to support their favorite team.”

England return to the West Indies in March for the Apex Test Series as the teams play for the newly minted Richards-Botham Trophy, named in honour of legends Sir Vivian Richards and Lord Ian Botham. The Apex Test Series opens appropriately at the Sir Vivian Richards Stadium in Antigua from March 8-12, followed by the second Apex Test at Kensington Oval from March 16-20. The third and final contest will be at the idyllic Grenada National Stadium from March 24-28. All three Apex Tests are part of the ICC World Test Championship.