ST JOHN’S, Antigua – Cricket West Indies (CWI) and the Republic Bank Group have successfully completed the first trial edition of “5 for Fun” – a new and exciting cricket format designed to grow interest and participation in cricket for primary school aged children. Republic Bank and CWI partnered to create and trial this unique 5-over, 5-player format of the game that sees CWI leveraging their extensive coaching and school’s development infrastructure and Republic Bank’s group-wide “Power to Make a Difference” programme.

“5 for Fun” is designed around the principles of fun, inclusion and equality. The ‘fun’ elements of the game are rooted in its speed, energy, and uncomplicated rules. Each 5 For Fun game involves five (5) players per team playing five (5) 6-ball overs each. Each batter faces an over from a single bowler. If a batter is ‘Out’, they will still face their allotted over, but 3 runs will be deducted from the team score. The ‘inclusion and equality’ elements ensure boys and girls of all abilities have the opportunity to play together as equals. 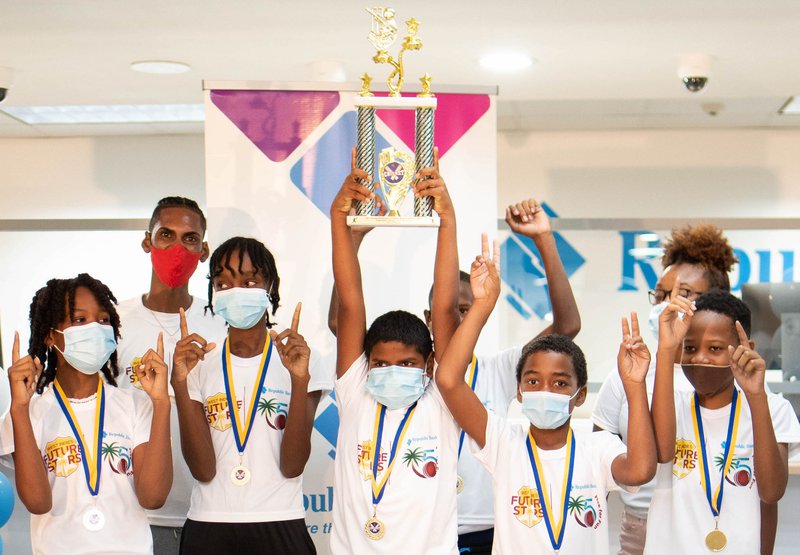 The “5 for Fun” pilot scheme started with zonal games held earlier this year in St Lucia. The finals took place recently at the Daren Sammy Cricket Ground, with the support of the St Lucia National Cricket Association (SLNCA) and the St Lucia Ministry of Education. Following the tournament there was a special presentation ceremony where several enthusiastic players received their awards. It was attended by several senior Government officials, including Kenson Casimir, Minister of Sports; representatives of Republic Bank and members of the SLNCA.

With a combined parish structure forming 5 zones, 19 school teams participated in zonal preliminary rounds leading to a grand “5 for Fun” festival finals. It is hoped that following this successful trial, this new fun and child friendly format will be introduced into other West Indies countries in the coming years.

“’5 for Fun’ is all about putting a bat and a ball into children’s hands for the first time and getting them to participate in a straightforward game of 5 players per side and 5 overs each. We will prioritise fun, team work, values, mental focus, tactical awareness and physical development over technical expertise. Those young players who demonstrate a real passion and aptitude for the game will then have opportunities to within the wider Future Stars programme and the CWI development pathway.”

“Republic Bank is thrilled to see the launch of the ‘5 for Fun’ tournament. The underlying rationale behind this game really represents our commitment to building local communities and cements our support of diversity, equity and inclusion in sport. We have been working with our friends at Cricket West Indies for some time on this ground-breaking partnership, and as creators of the format we are committed to its success. ‘5 for Fun’ is a paradigm for marketing investments that combine social good with potential growth in shareholder value".

It is expected that the pilot scheme will ultimately grow into a significant component of the Future Stars cricket development programme.

5 For Fun is the third pillar of Republic Bank’s region-wide investment into the Caribbean’s favourite sport. Republic Bank is the Official Banking Partner of the Caribbean Premier League (CPL) and one of the tournament’s long-standing supporters. Alongside CPL, Republic Bank launched its Spirit of Caribbean Cricket platform in 2019. Spirit of Caribbean Cricket is a digital media property whereby all the stakeholders of cricket ranging from fans to legends are invited to share their memories, anecdotes and opinions about the past, present and future of the game. Visit www.spiritofcaribbeancricket.com for further details on this exciting and uniquely Caribbean take on cricket.