Friday saw the West Indies win the second T20I against Sri Lanka in Pallekele, taking the series 2-0. Two resounding wins for Kieron Pollard's side have come at an important time in the World Cup planning cycle, as West Indies look ahead to defending their title in Australia later this year.

The most notable moment in the second game was when Andre Russell, only recently returned to the West Indies T20 side, launched a six-laden 40* (14) to take the game home for Pollard and co. It was never going to be a tight finish if Russell hung around, but his six-sixes across his innings made light work of the target and saw the Windies over the line with no stress whatsoever.

At times, it feels as if Andre Russell is playing a different sport to almost everyone in the world. His ability to hit sixes is unparalleled in the game, and whilst he might be a flash forward to a different sort of cricket played in the future, right now, he's a unique case. 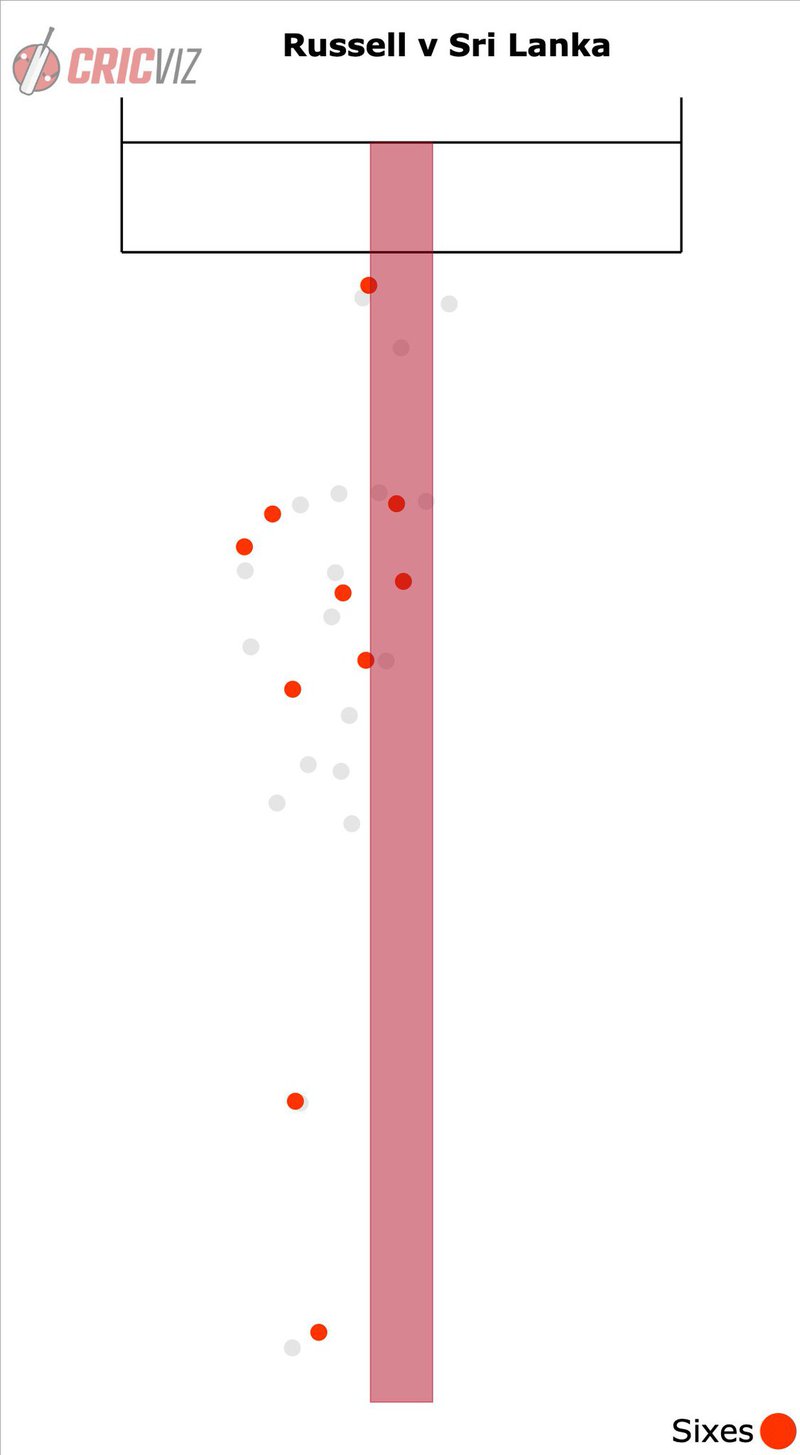 Russell faced 28 balls in the series, and hit 10 sixes. That's a six every 2.8 deliveries. Of the 39 players to hit 10+ sixes in a bilateral T20I series, not a single one has a better ball-per-six ratio than Russell in this series. The next best was Mohammed Nabi, who could "only" managed a six every 4.3 balls against Ireland over three matches. 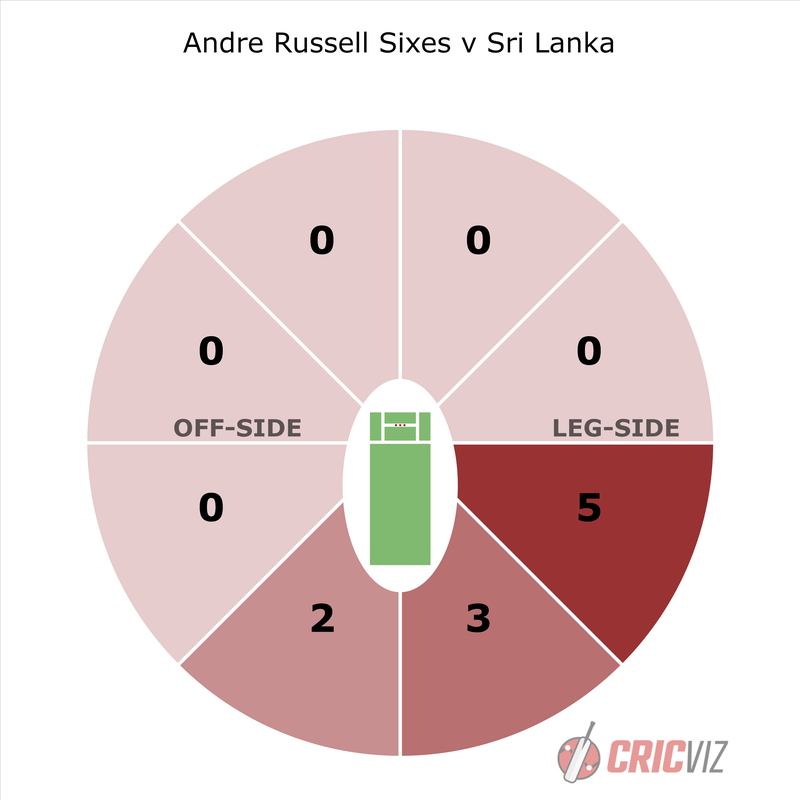 In terms of the history of the Windies side, Russell's performance in the last week is right up there with the best Caribbean cricket has been able to offer. Only four men have hit more sixes in a bilateral T20I series for the West Indies: Lendl Simmons, Chris Gayle (twice), Shimron Hetmyer, and Evin Lewis (twice). The relatively low profile of T20I series means that a lot of these achievements go unnoticed, but these are elite runs of form, and Russell's Sri-Lanka-bashing is in the mix.

It adds up over time, that sort of elite ability. Russell is one of only five batsmen to play for the West Indies in T20I cricket and average more than one six per innings. The others - Gayle, Pollard, Samuels, Lewis - are not surprising, but it shows the strength in depth the Windies have that someone as potent as Russell isn't right at the top of this particular tree. 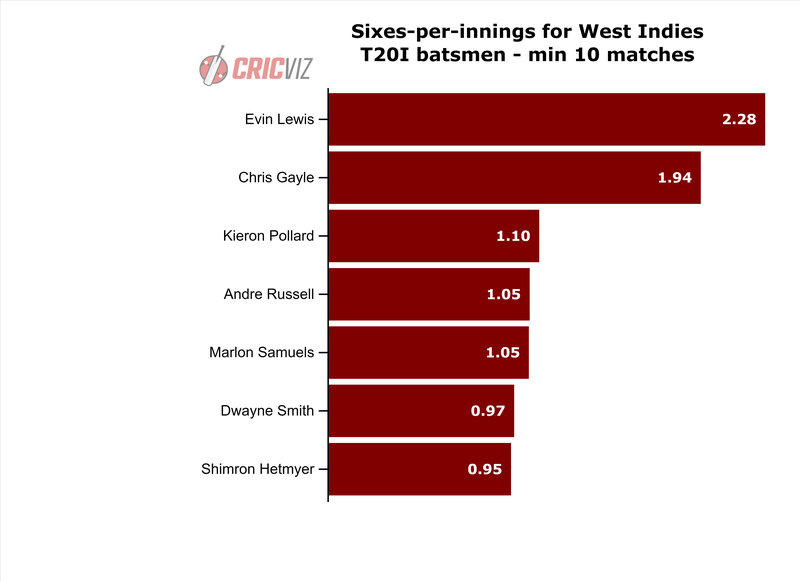 It's not a surprise of course, the six-hitting. He's been consistent against all kinds of bowling in the last two years, in terms of six hitting. Since the start of 2018, he has hit a six against the spinners every 5.9 deliveries, and every 5.3 deliveries against the seamers. Whilst his overall scoring rate is much higher against pace (11.6rpo compared to 9.8rpo against spin), but his ability to hit maximums is almost equal regardless of bowling type.

And the Windies will be leaning on that ability come the World Cup, and in the run-up to it. With Russell in the side, bowling teams know that basically any total is within reach should the West Indies line-up click, and that is a valuable thing for Kieron Pollard to have at his disposal. Days like Friday are only going to strengthen the fear in the minds of opposition captains - and that's not bad thing at all.