Rahkeem Cornwall has had a breakthrough CPL season. 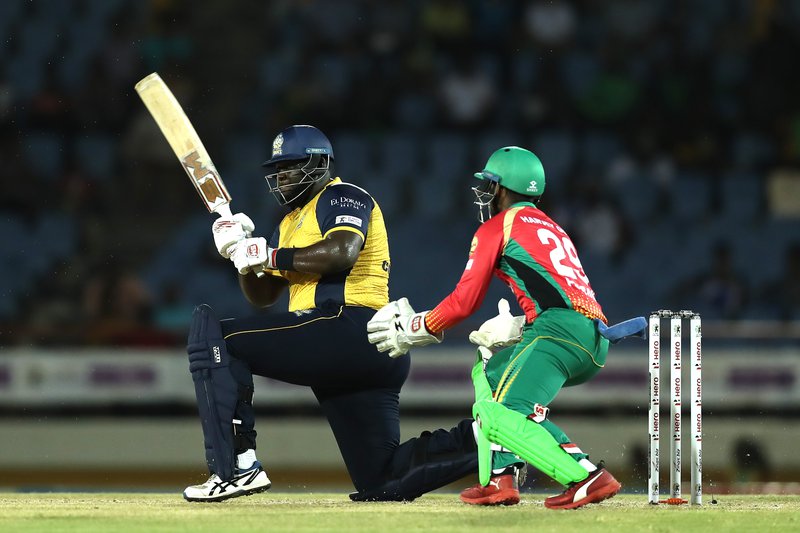 Whilst he's played numerous seasons of Caribbean Premier League before this year, 2019 has been the moment when he crossed over, and when people really started to take notice. St Lucia Zouks haven't been able to qualify for the knockout stages, but have seen a general improvement on the two dismal previous campaigns. One reason for this has been the performance of Kesrick Williams, the other has been Cornwall's blistering form.

In the 10 matches he's played in this season, he's made 254 runs, the highest season tally he's ever recorded in a T20 league. On top of this, he's scored them more quickly than he's ever scored before, charging along at 11.45rpo. Combining both weight of runs and speed of scoring is a rare thing, but Cornwall has managed to do so. 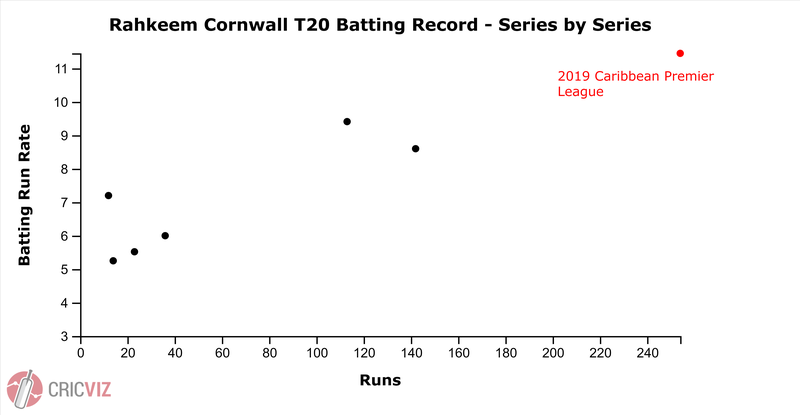 The main reason for the spike in his return seems to have been his promotion to the top of the order, where he's been trusted to execute a very clear, aggressive role - and the big Antiguan has been dominating the Powerplay completely. Tasked with getting St Lucia Zouks off to a flyer in every innings, he's almost always done his job.

Nobody in the tournament has scored faster than Cornwall in the opening six overs of the innings, in CPL 2019; 11.4rpo is a serious rate. 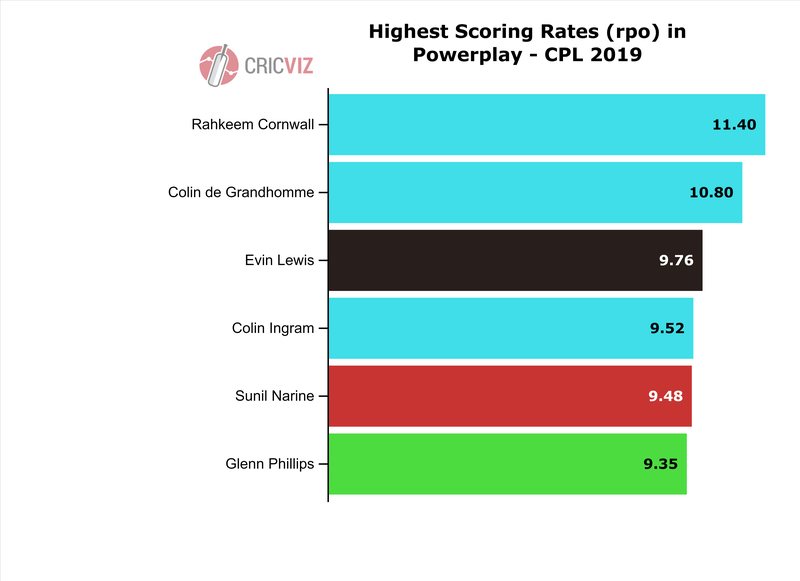 What he's also done rather well, better than many players in the same role, has continued to hit hard when the field has gone back - in fact, he's gone even harder. In the Powerplay, Cornwall has attacked 79% of the deliveries he's faced, but in the middle overs that actually increases to 86%. Rather than try and slow down and manipulate the gaps in the field, Cornwall has continued to try and blast away at the bowlers and, as a result, his overall effectiveness has been increased. 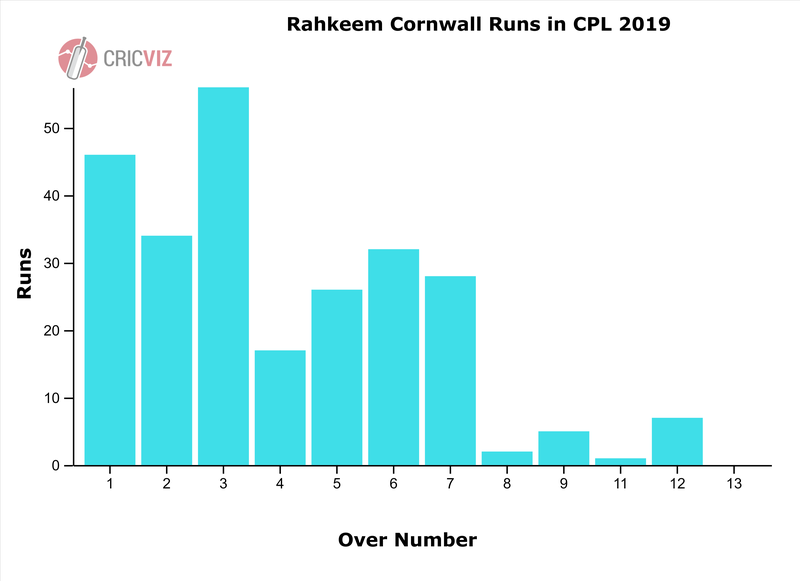 His flexibility, in an age of analytically informed head-to-heads, is also a huge asset. This season he's smashed pace at 12.5rpo, and spin at 10.3rpo, meaning that captains haven't been able to tie him down easily with straightforward bowling decisions. It's a basic point, but it gets to the essence of Cornwall's form, the fact that he is fundamentally very difficult to stop with any normal tactic.

The West Indies T20 team is rather difficult to get into right now, and there is plenty of talent outside the squad. Regardless, Cornwall's all-round skills (given the lack of spin options) could make him a very viable proposition for the international team.