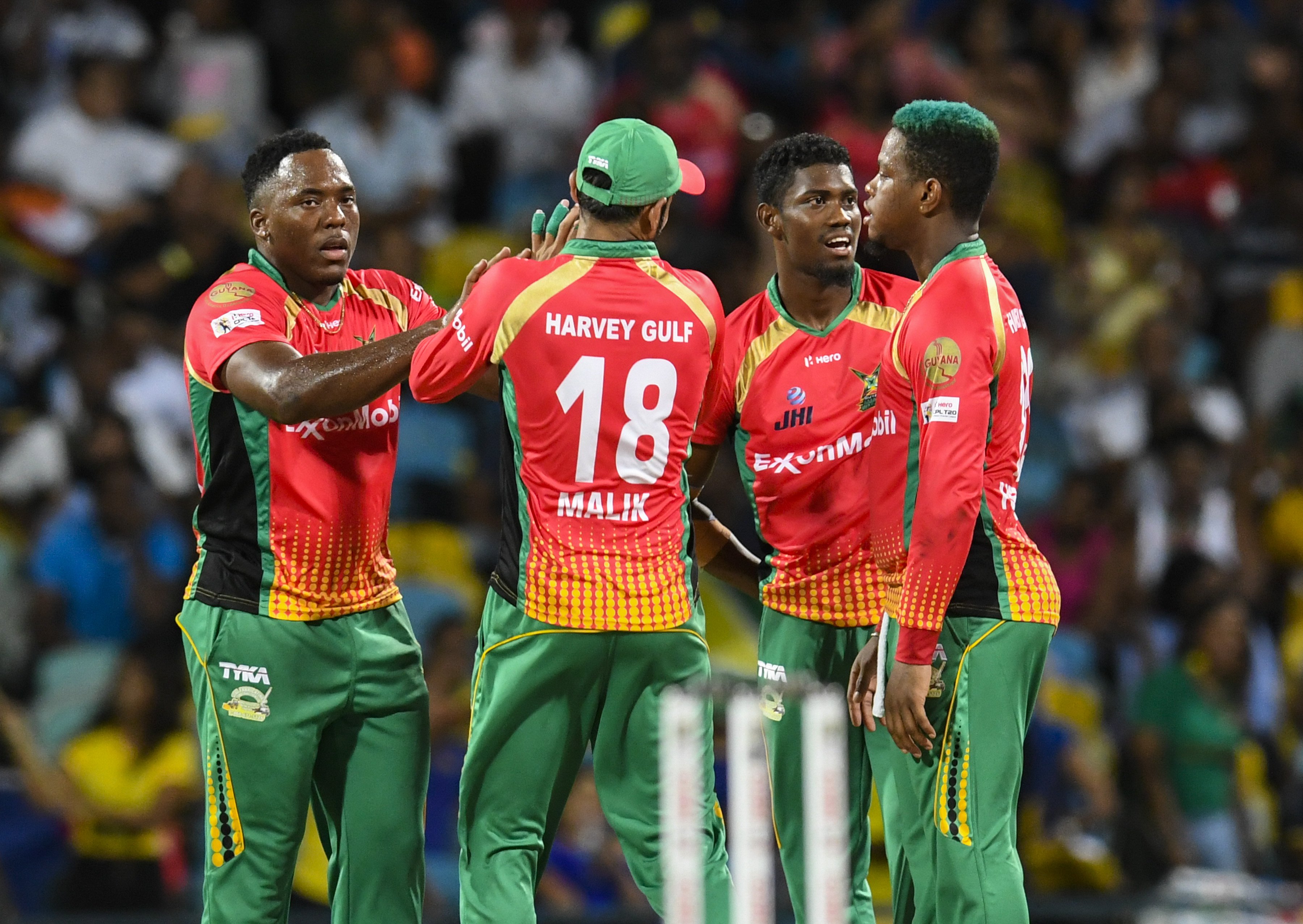 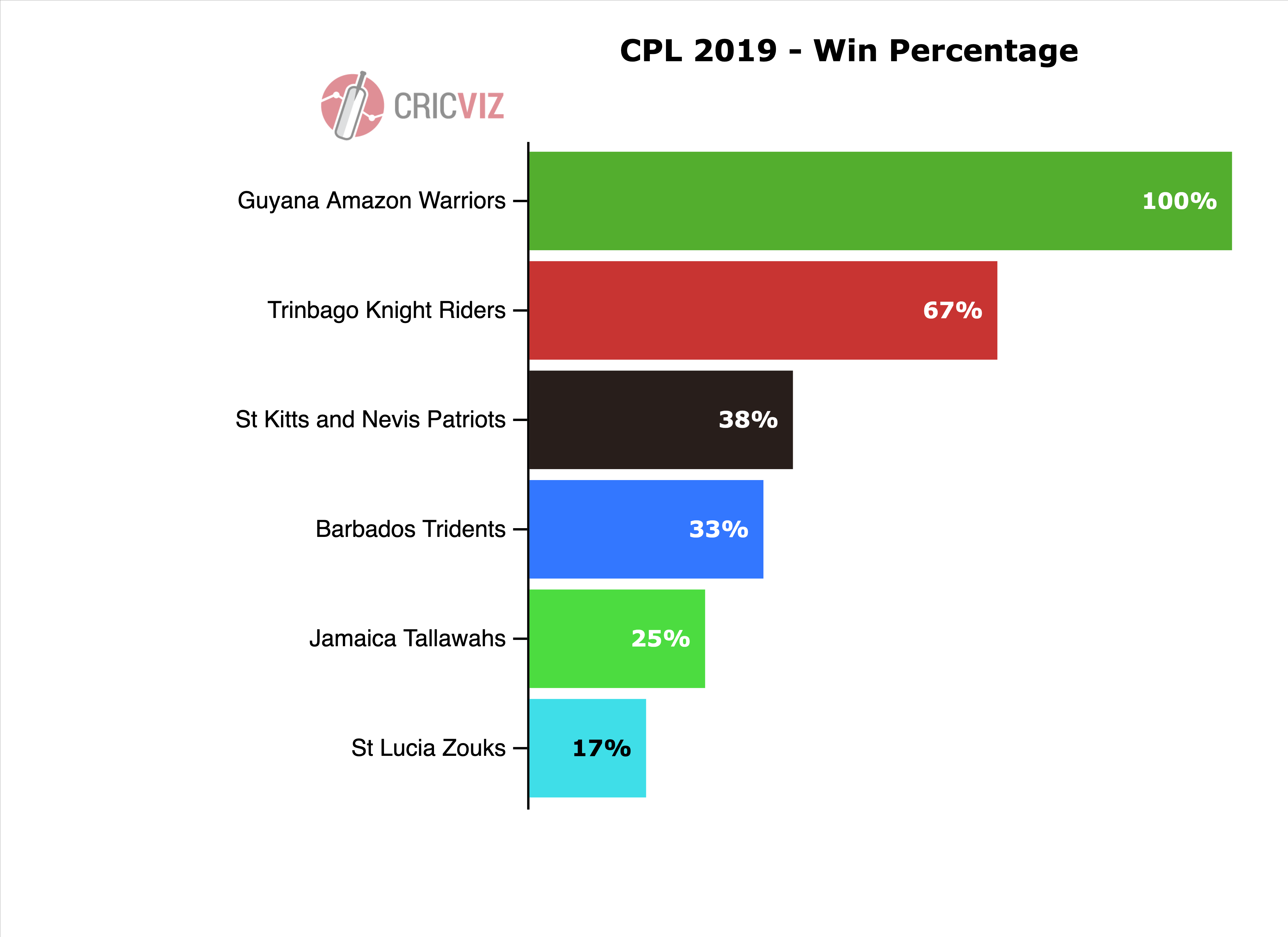 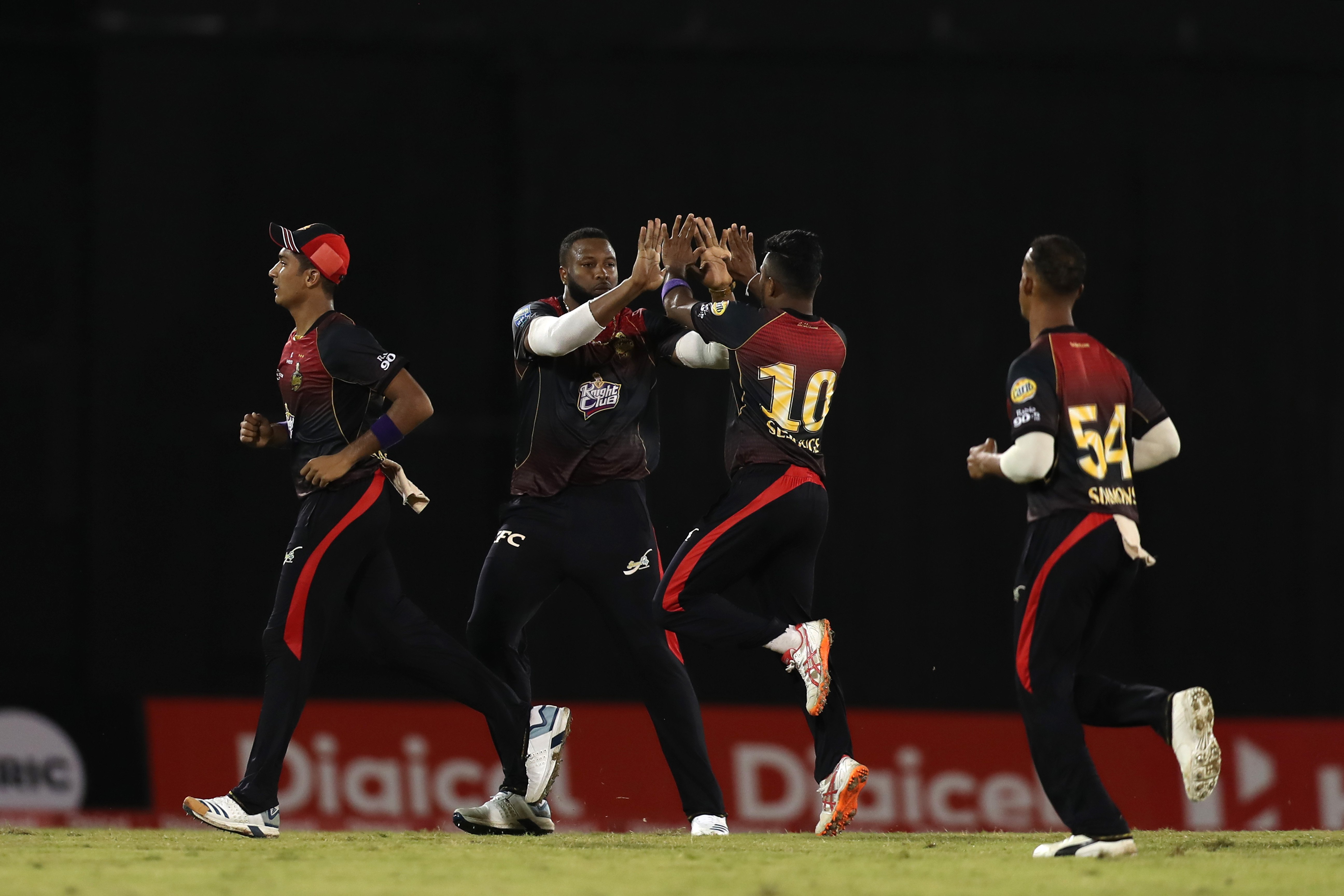 The CPL so far has been marked by astonishing scoring rates. The overall run rate of 8.67 runs per over is the third highest in T20 history in a competition featuring at least 10 matches. 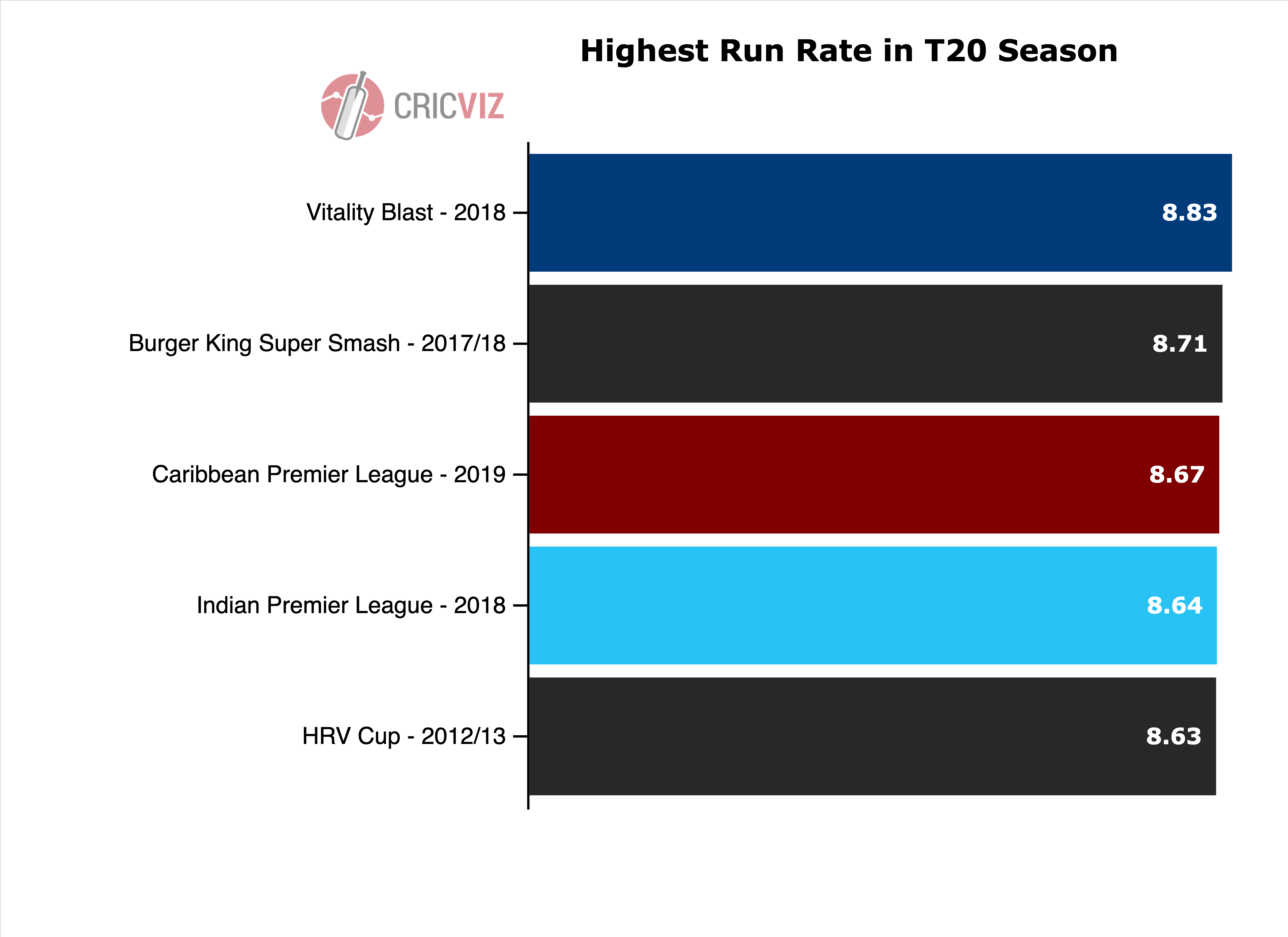 The high run rates in the competition have been powered by a handful of huge team totals. So far this season the record for the highest score in the CPL has been broken three times and twice in the same match. 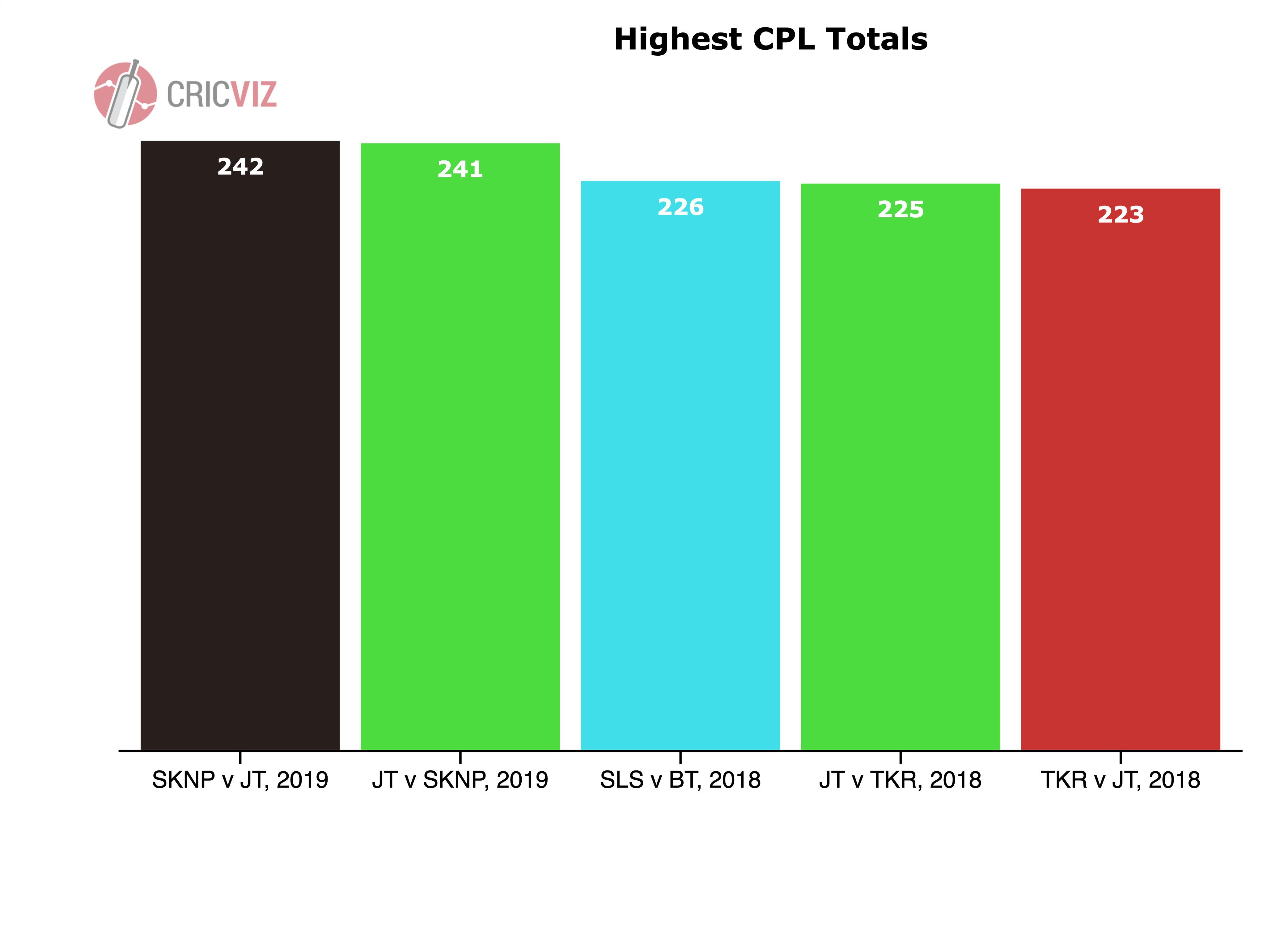 It has not been completely one-way traffic in favour of the batsmen though. In the twentieth match of the season the Jamaica Tallawahs posted a measly total of 127 but managed to defend it successfully - making it the second lowest score defended in CPL history. 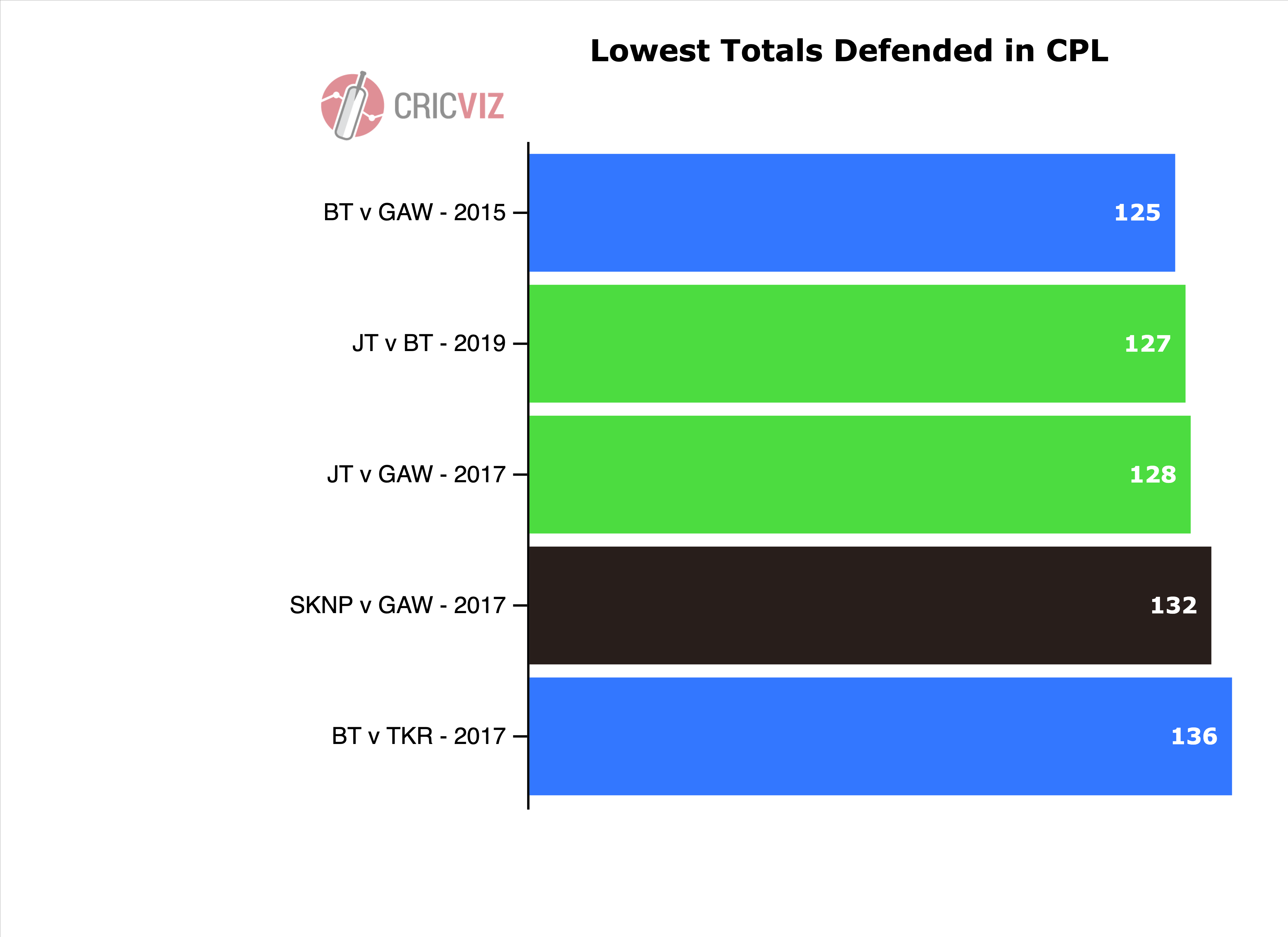 The Amazon Warriors are the only undefeated team in the competition. Central to their success has been their use of spinners - no team in the league has bowled a higher proportion of spin overs than their 56%. 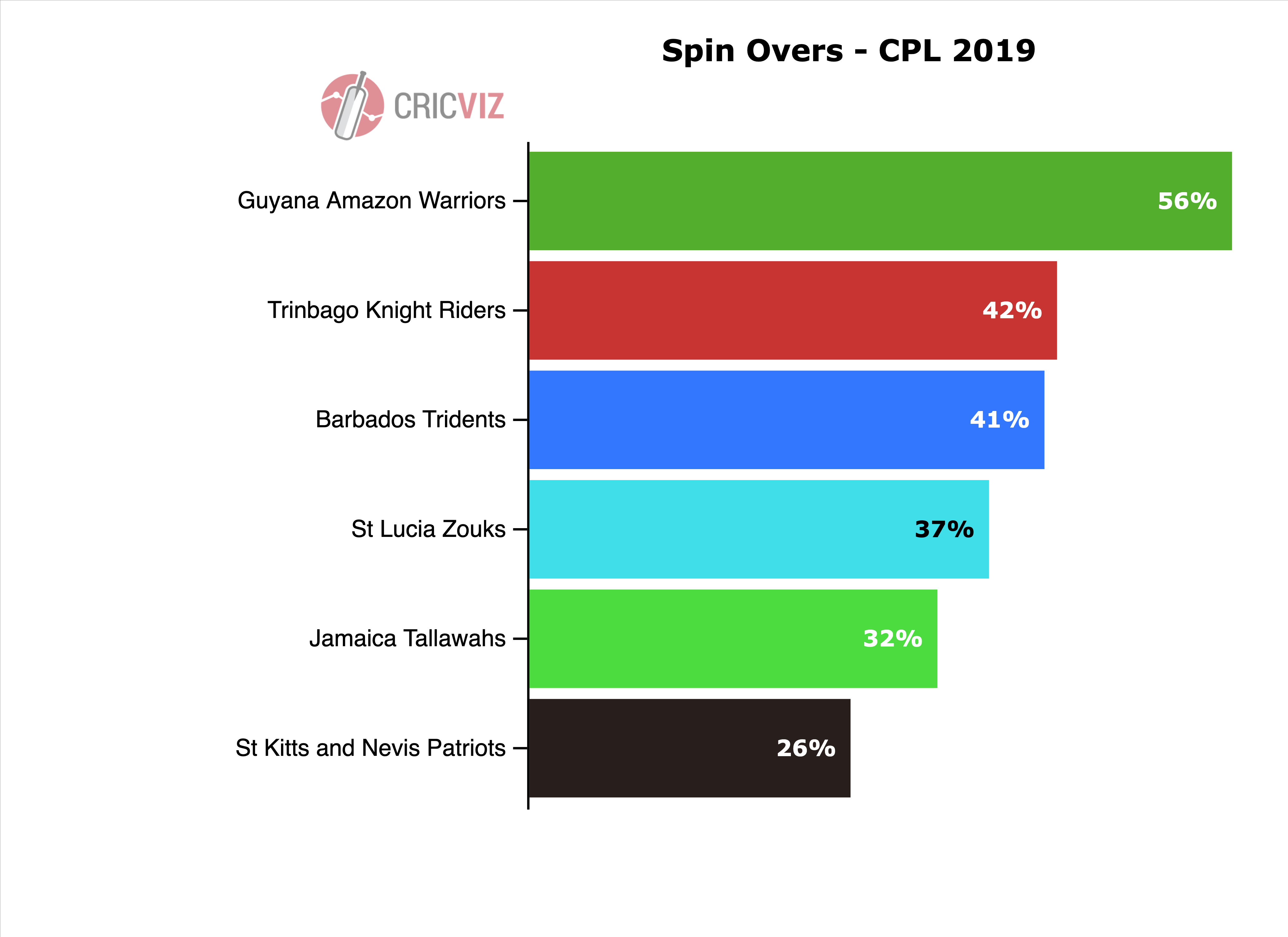 The St Lucia Zouks have only won one match and are rooted to the bottom of the points table. However, one bright spark for the league’s perennial strugglers has been the form of Rahkeem Cornwall whose tournament strike rate of 229.16 is clearly the best in the tournament. 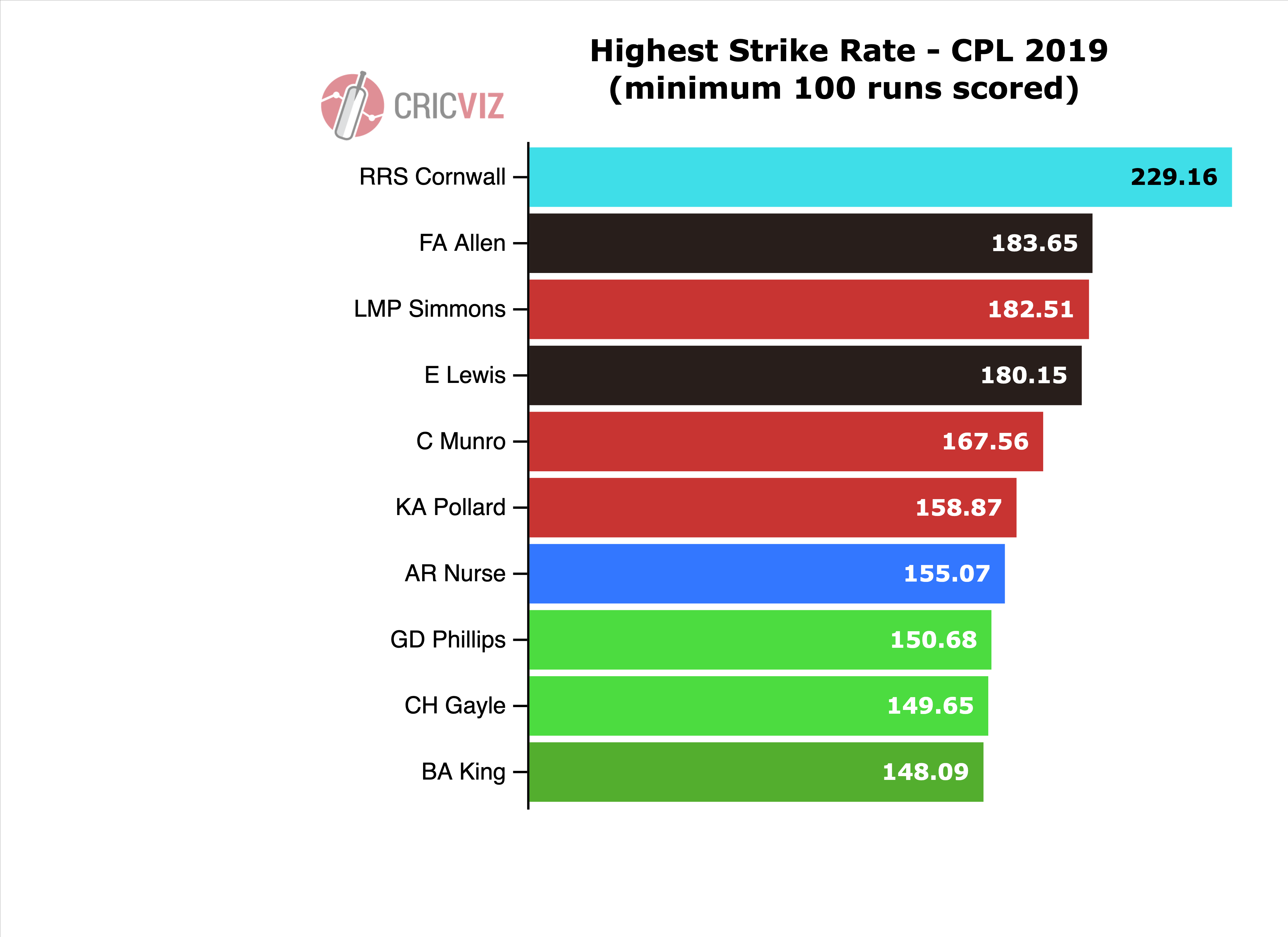 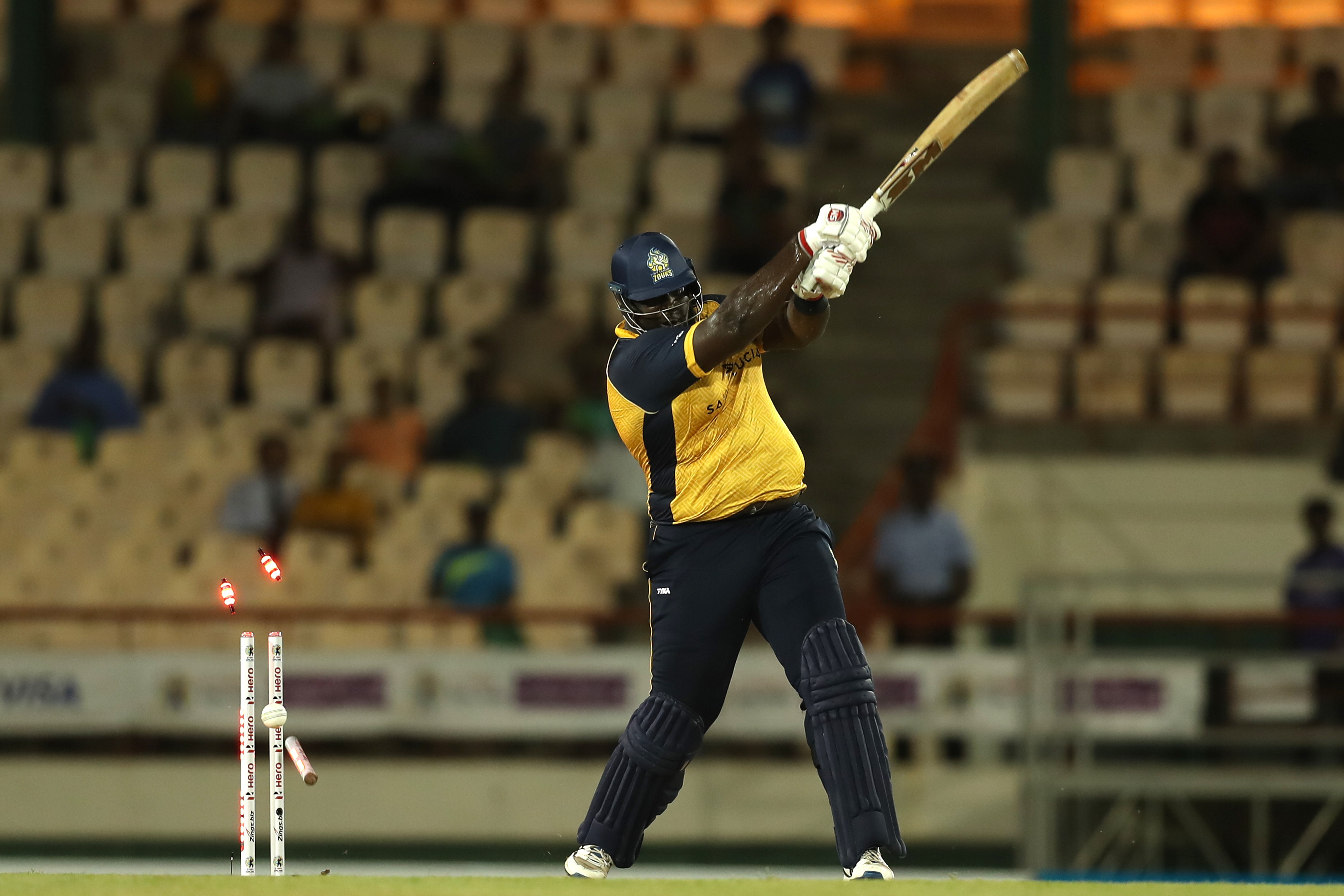 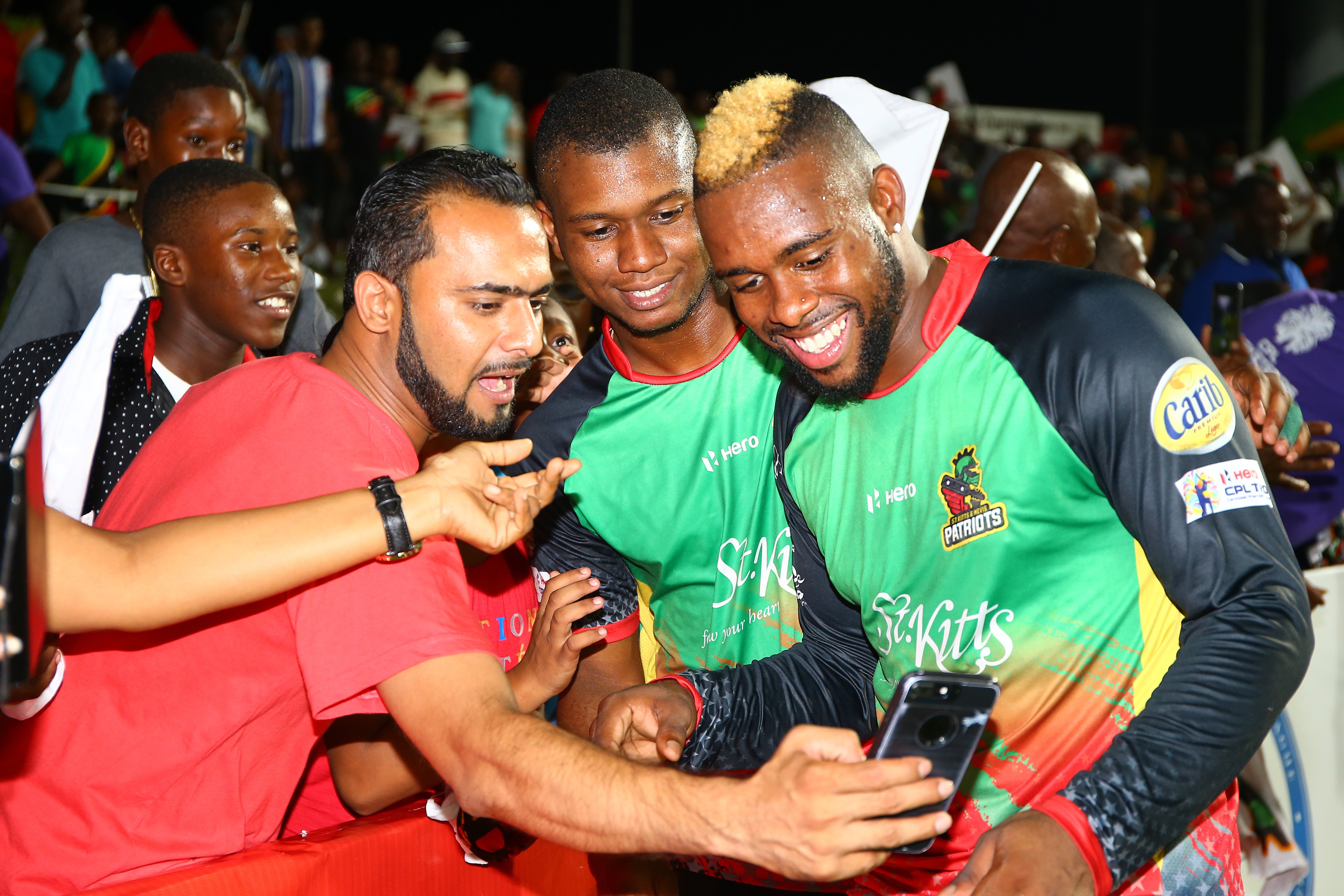 As is often the case in T20 leagues and in particularly the CPL, spinners are proving to be the most effective bowlers for stemming the flow of runs. The list of bowlers with low economy rates in the competition is dominated by the slower bowlers. 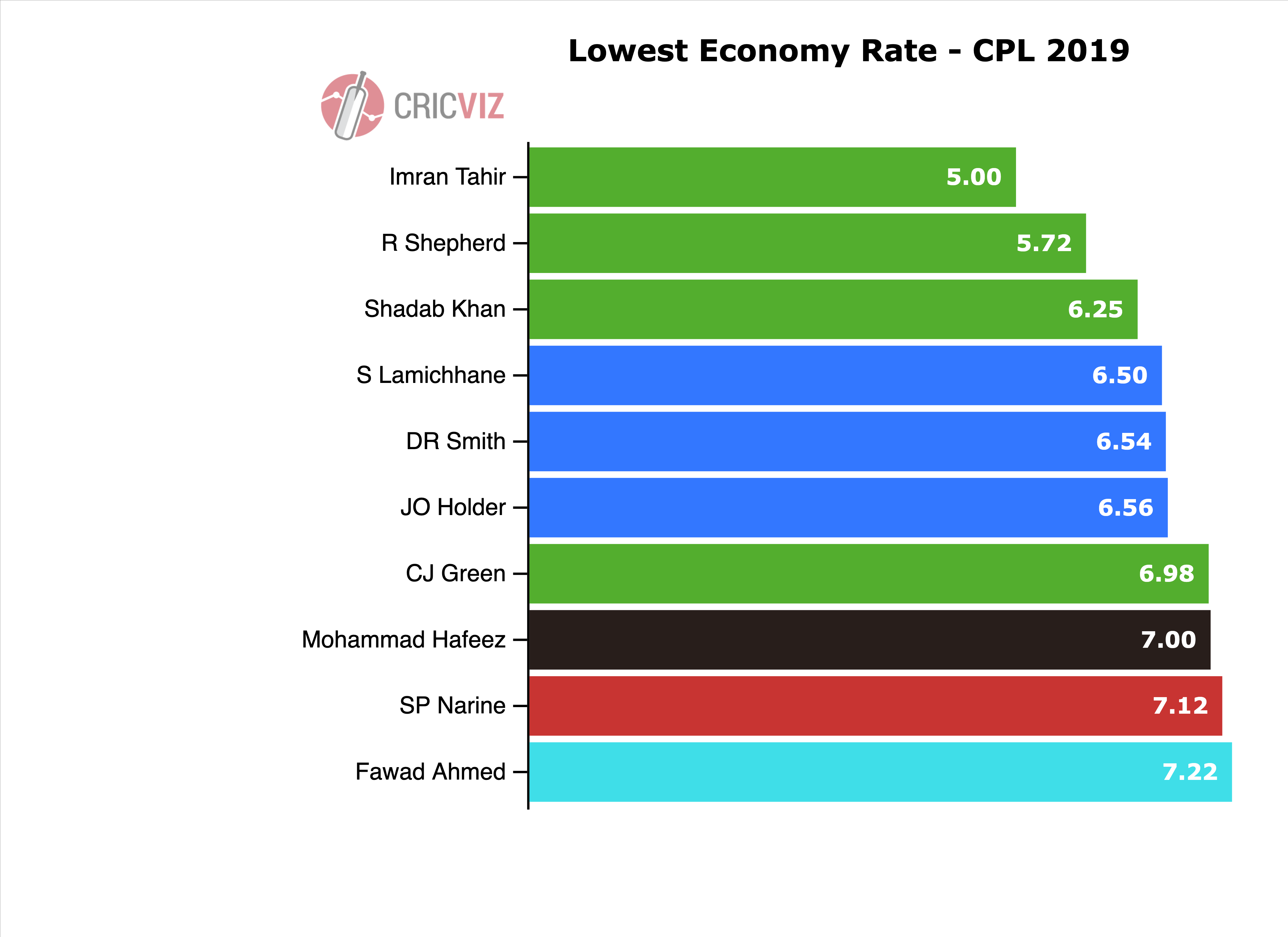