PORT-OF-SPAIN, Trinidad – There is great excitement among the six franchises as they prepare for the much anticipated resumption of the  West Indies Championship. The marquee regional four-day tournament will re-start on Wednesday, May 18 with the third round. The first two rounds were played in February ahead of the Apex Test Series.

Barbados Pride stand at the top of the table, followed by Trinidad & Tobago Red Force. Barbados head into Round 3 on 42.0 points, with the home team on with 38.6 points and the Leeward Islands Hurricanes rounding out the top three with 24.6 points. Next on the table are Guyana Harpy Eagles on 21.4 points, followed by Windward Islands Volcanoes on 10.9 points and Jamaica Scorpions on 8.8 points. 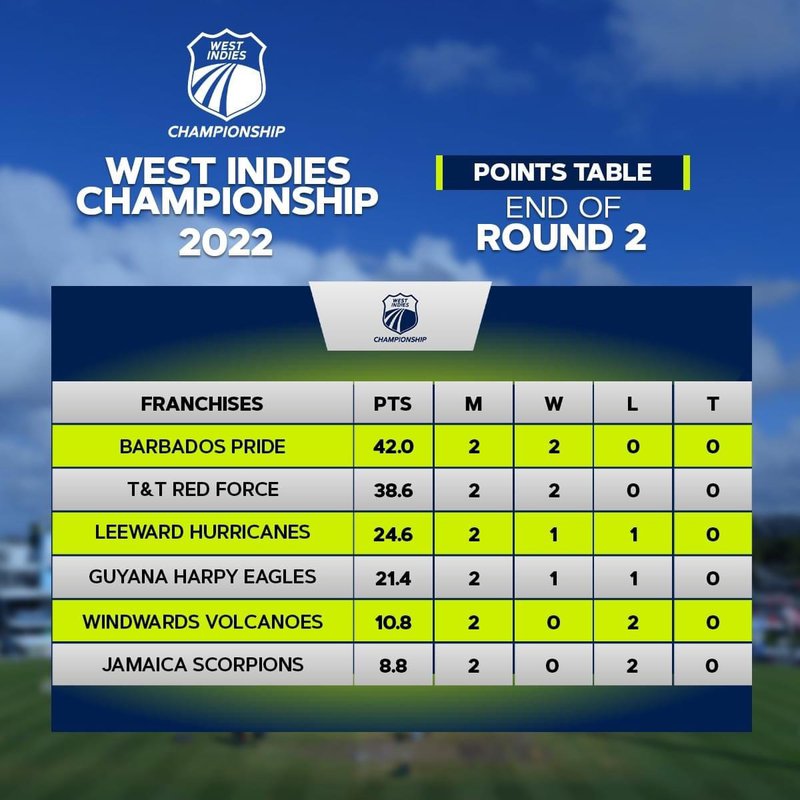 Speaking to the media via zoom on Friday, the six head coaches have indicated that their teams have been identifying their shortcomings from the first two rounds and will be looking to improved performance. For the third round Barbados face Guyana Harpy Eagles at Queen’s Park Oval; Trinidad & Tobago will meet Leeward Islands Hurricanes at Diego Martin; while Jamaica Scorpions and Windward Islands Volcanoes face off at the Brian Lara Cricket Academy. 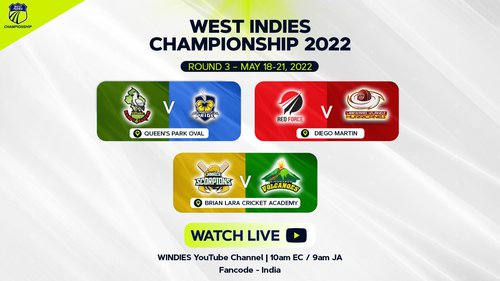 LIVE ball-by-ball scoring of each game will be available through the www.windiescricket.com match centre. CWI will be streaming matches with commentary via the Windies cricket YouTube channels. The Championship will also be streamed live in India on FanCode, as part of CWI’s partnership with the Indian broadcaster. 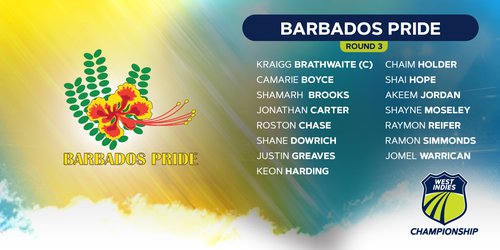 Barbados Pride Head Coach Vasbert Drakes insists it will take complete team performance for victory and maintain their lead at the top of the points standing. He said:

“We as a group we know we have some really good opposition, but we have some plans. The Barbados team knows they have to play as a collective, it’s not about individuals but us playing as a team.” 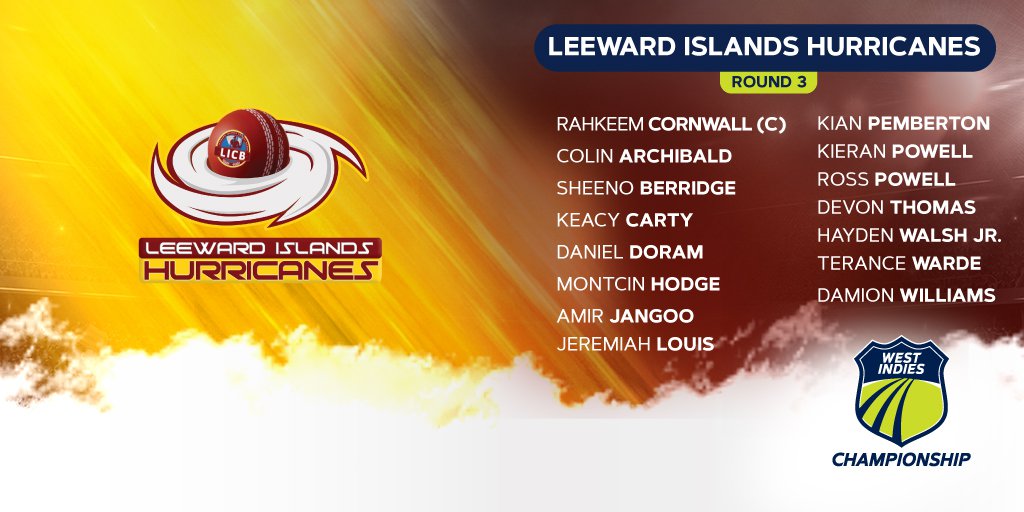 “The guys are thirsty to play cricket. It’s all about momentum for us after the long break… but we are taking it one game at a time, starting with TT Red Force.” 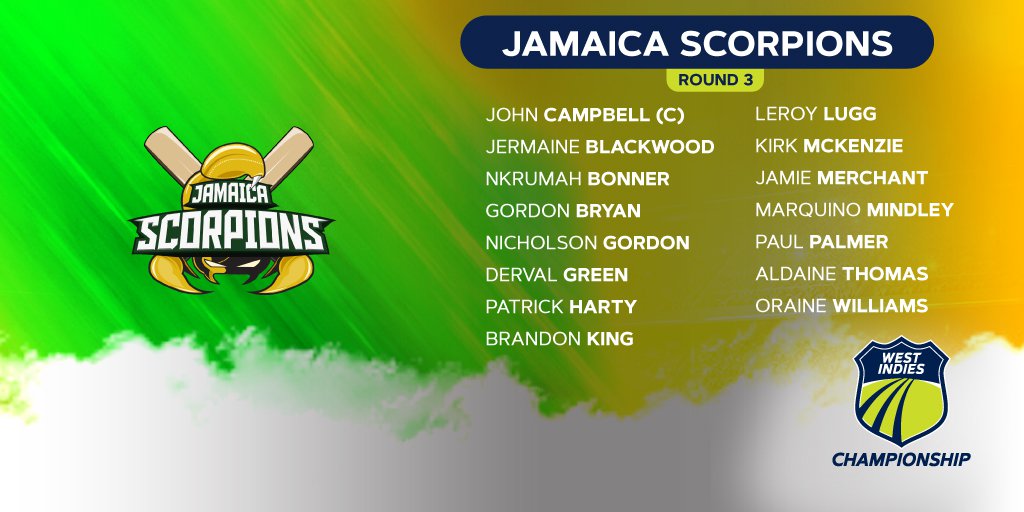 “We underperformed. Now we are looking for more consistency in batting and bowling. We want the batters to transfer from good starts to bigger score and bigger partnerships.” 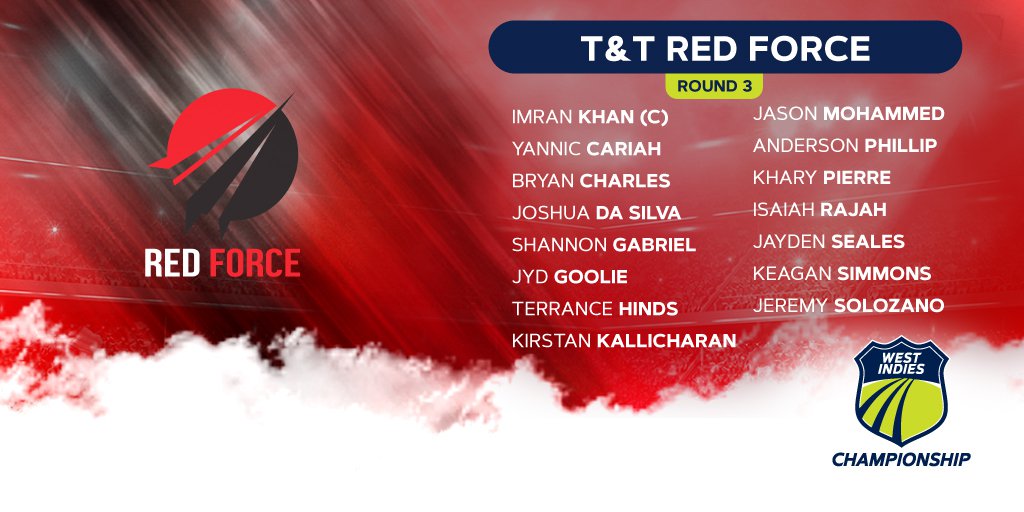 “We’ve been meeting regularly to discuss the performances of the previous rounds. We had a camp where we worked with individuals. We are looking to score in 300-350 range because we have the bowlers to defend the scores. So that will be one of our objectives in the remaining three rounds.” 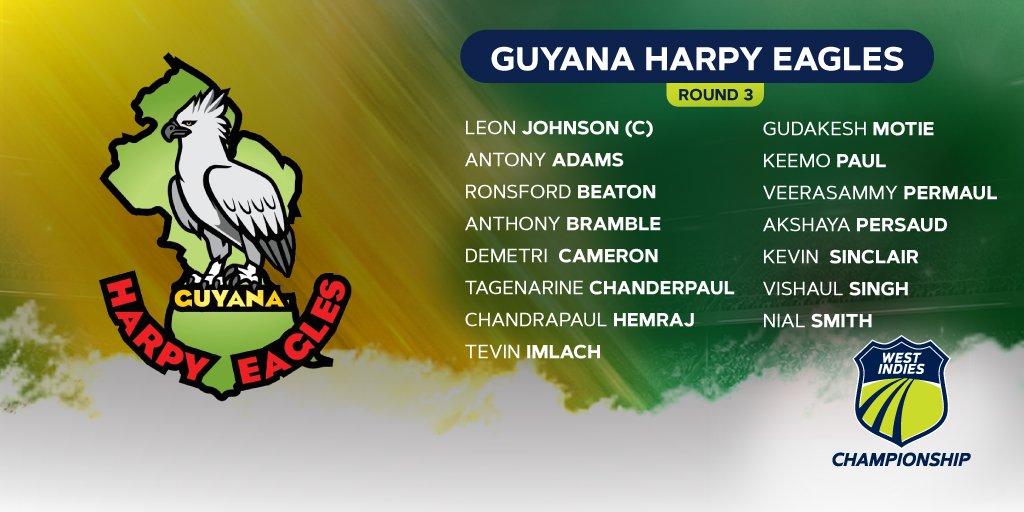 “We want to try and play our best cricket and we have not done so in the previous three rounds. We need to find a way to get our batters to score big runs as that has been our major concern.” 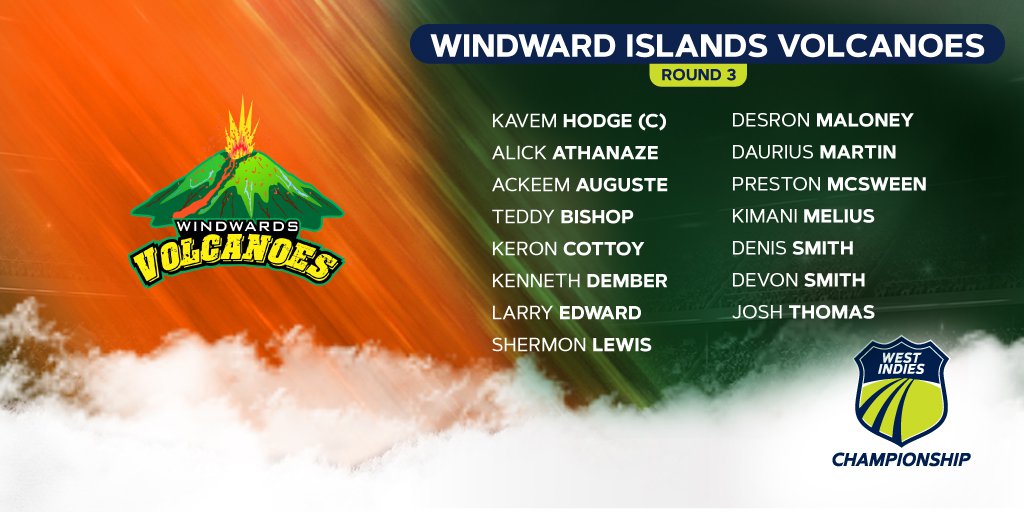 “Some of the concerns we addressed during the break was our batting. We worked in small groups and individually with players to correct the issues identified.”

Full Squads for Round 3