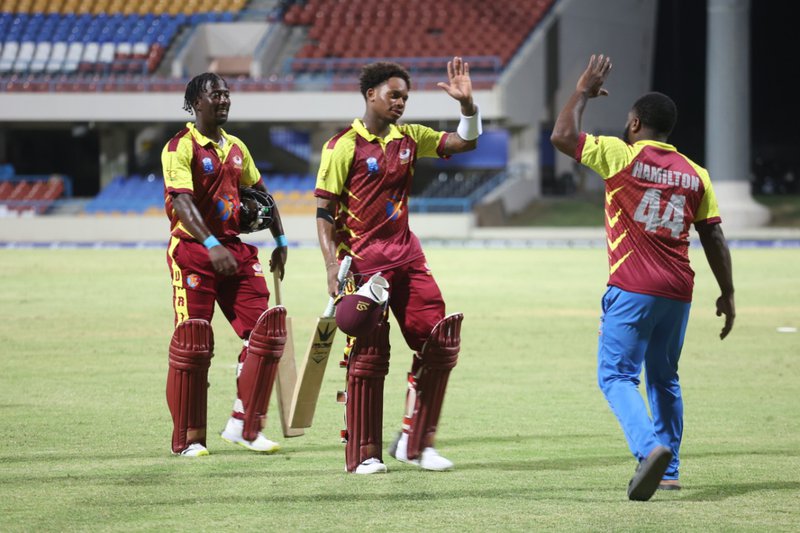 Carty faced 120 balls and hit 10 boundaries and two sixes as he navigated the challenging chase. Leewards slipped to 102-6 in the 26th over, but Carty then added 56 for the seventh wicket with Terrance Warde, who made 23 off 30 balls with two fours and a six.

This was Carty’s second century in the Super 50 Cup, his best was another match-winning performance of 123 not out against Barbados Pride at Coolidge Cricket Ground last year.

What a knock from Keacy Carty! 103 runs off 120 balls to take the CG United Player of the Match!#CGUnitedSuper50 #BringIt pic.twitter.com/ItQibsQNQU

After Warde fell at 158-7, Hayden Walsh jr joined Carty and they posted an unbeaten stand of 32 for the eighth wicket. Walsh made vital 18 not out 19 balls to secure first points of the tournament for the home team.