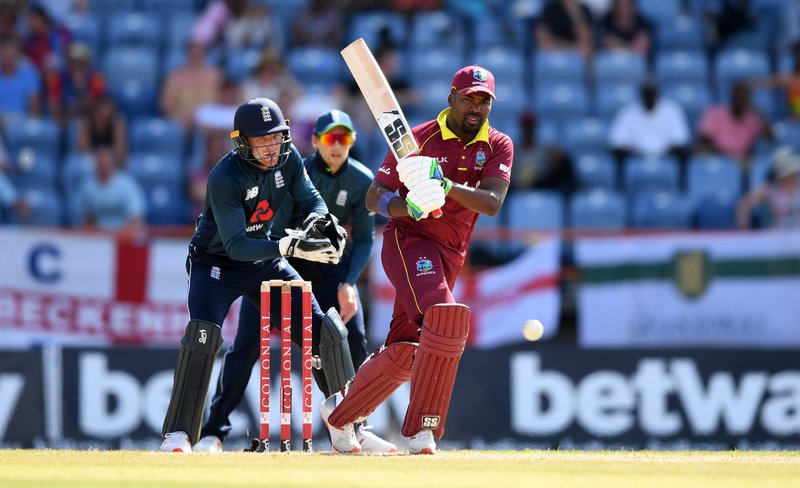 Bravo said West Indies, two-time World Cup champions, would not be overawed by any opposition at the tournament which runs from May 30 to July 14, though they are not among the favourites.

“To be honest, most other teams are quality teams, but having said that, when we played against England no one gave us a chance, so I think that once we concentrate on what we have to do as a team, I think that is the most important thing,” said Bravo during the Windies training camp at the Cave Hill campus of the University of the West Indies here.

“We are not going to focus very much on the opposition. We have certain plans and certain roles we want to execute, and I believe that the results will take care of itself. As I said before, no one gave us a chance against England, and we went out there and proved that we can beat the best team in the world, so we just have to go out there and continue believing in ourselves as much as possible.”

Bravo was referring to the recent five-match, Colonial Medical Insurance One-day International home series against Eoin Morgan’s England which the hosts drew 2-2, with one match rained off.

Written off before the start, West Indies played outstandingly after losing the opening match by 26 runs at Kensington Oval, rebounding to win the second match of the double-header by 26 runs.

Rain forced the abandonment of the third ODI in Grenada before England clinched the fourth contest at the same venue, despite West Indies’ record 389 in pursuit of 419.

West Indies crushed England by seven wickets in the final match in St. Lucia, with Chris Gayle slamming an astonishing 77 off 27 balls to end the series with 424 runs.

“I think it was a fantastic series for us as a team led brilliantly by (West Indies captain) Jason Holder and Chris Gayle,” said Bravo.

“I think Chris set the tone at the top of the order in the ODIs that gave the motivation to go out there and perform against the best team in the world. It was a very good series and I am happy that it was very competitive, and it should give us confidence moving forward.”

Bravo is part of the 14-member Windies squad preparing for the Tour of Ireland which runs from May 3 to 17. They will clash with the hosts and Bangladesh in a triangular ODI series.

The camp is being overseen by new interim head coach Floyd Reifer, who was appointed last week, and the experienced Bravo said he was making the most of the preparation, especially with former Windies batting star Ramnaresh Sarwan playing a key role with the batting group.

“The coach outlines what he wants from us and we try to come up with the brand of cricket we want to play,” said the 30-year-old Bravo, who averages 32 from 102 One-Day Internationals.

“Moving forward the guys have been working on their technical areas as much as possible. Now we have Sarwan, who came in for a couple of days to help us with our batting. He has been working tremendously well with us. I had a couple sessions, so far so good.

Bravo said: “Hopefully, he will be with us moving forward to Ireland because I believe with a young batting team like this, someone of Sarwan’s stature will mean a lot to us as a batting unit. We will see how it goes, but so far the camp has been going well.

“It has been a lot of hard work, fitness-wise and otherwise, and we are enjoying it.”