Darren Bravo scored a masterly hundred as West Indies batted all of the second day of their three-day warm-up match against New Zealand “A” on Saturday (Friday night Caribbean Time). The left-hander hit a typically classy 135 that was the rock upon which the visitors built their reply to the home side first innings total at John Davies Oval.

Shamarh Brooks supported with a typically stylish 80, opener Kraigg Brathwaite made 47 and stand-in captain Roston Chase added a solid 42 as they made use of their time in the middle on a good pitch at the picturesque venue.

Bravo, 31, one of the most capped members of the West Indies Test squad on the Tour of New Zealand with 54 matches behind him, batted a little more than 4½ hours at the crease, after he started the day on eight. Bravo raced towards his hundred in a volley of strokes, mostly off left-arm spinner Michael Rippon. 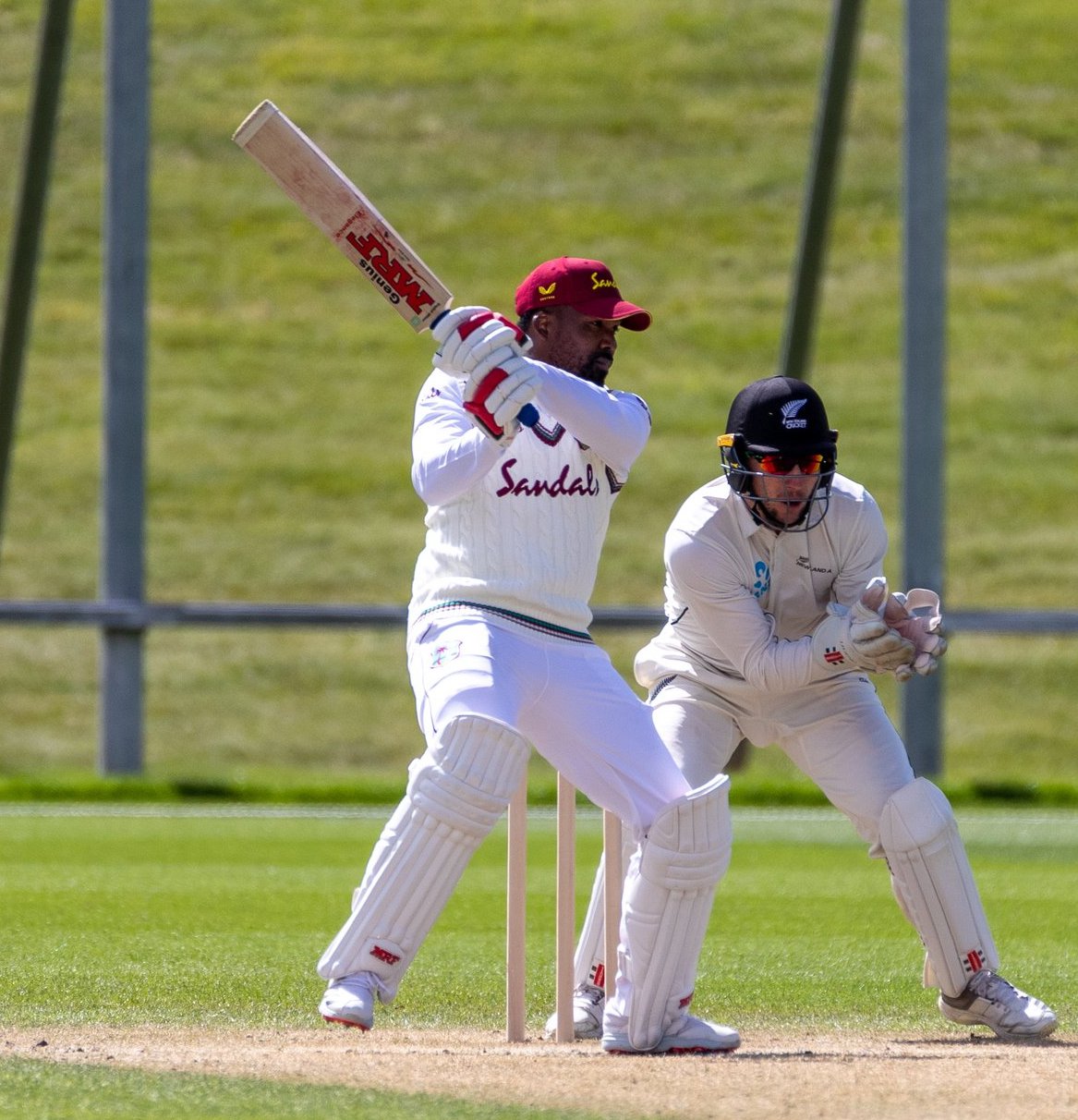 The left-hander cracked 13 fours and five sixes from 214 balls and shared successive century stands with Brathwaite and Brooks that paved the way for a strong batting performance.

He moved towards the 90s with two sixes – both lofted leg-side hits – and added a third six and a four off the same bowler to power through the 90s to get within touching distance of the milestone. He reached the 100-run mark in anti-climactic fashion, turning his 177th ball – from Blair Tickner – through square leg for a single.

Brooks reached 50 from 105 balls with a single to long-on off the home team’s captain Cole McConchie, bowling his off-spin. Brooks put on 71 for the fourth wicket with Chase and carried the West Indies past the New Zealand “A” total.

The first Test between New Zealand and West Indies starts on December 3 at Seddon Park in Hamilton and the second Test begins on December 11 at the Basin Reserve in Wellington.