PROVIDENCE, Guyana – Barbados became the first team to book a semifinal spot in the CG United Women’s Super50 Cup after they defeated Jamaica by 11 runs via the Duckworth/Lewis/Stern method, in a rain-affected match.

After two lengthy rain stoppages, the match was reduced to 32 overs per side. Barbados were all out in 31.4 overs for 121. Kyshona Knight led the batting with a valiant 50, which came off 75 balls and included six boundaries. Together with Hayley Matthews, the pair posted a 57-run partnership before Matthews fell for 16 off 20 balls ith three fours. Bowling for Jamaica, captain Stafanie Taylor had the best figures of 5.4-1-13-3 followed by Jodi-Ann Brown with 5-0-20-2. 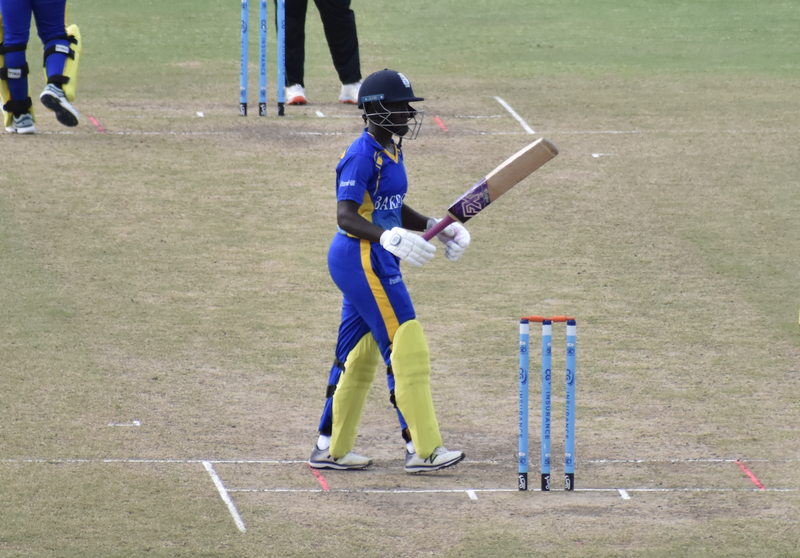 Set a revised target of 117 for victory, Jamaica looked set to achieve the runs with ease, thanks to a few partnerships throughout their innings. Rashada Williams and Natasha McLean opened with 17 runs together, then came the highest partnership of 38 between Williams and Stafanie Taylor before Taylor was bowled by Shakera Selman for 13. Williams soldiered on but was dismissed for 29 (41 balls, 5x4) and Chinelle Henry remained stranded on 28 not out (37 balls, 1x4,1x6) before the rains came and ended the match. At that stage Jamaica were on 106-9 in 25.3 overs.

Barbados remain unbeaten after defeating the Windward Islands in their first match by 124 runs.