That’s how he was described when he burst onto the scene in 2016 and led the West Indies to their first ever ICC U-19 World Cup title. Only two years later, he debuted for the West Indies Senior Men’s team and has been a staple in the West Indies batting line up ever since.

He is none other than Shimron Hetmyer.

Hetty, as he’s called by his teammates, is a 23-year old batting prodigy from Guyana, full of West Indies flair and panache at the crease.

Although he hasn’t played competitive cricket since March, Hetmyer has produced two consecutive half-centuries for the Guyana Amazon Warriors in his first two matches of this year’s Hero CPL.

It is clear that Hetty’s batting hasn’t acquired a millimeter of rust on it. 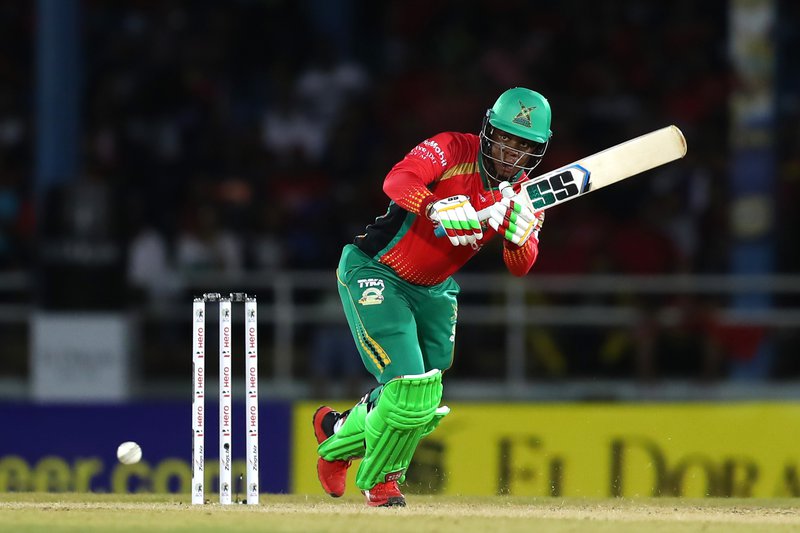 Speaking to CWI Media on his stellar start to the tournament, Hetmyer shared:

“I was really looking forward to this return and I’m doing my best to play my best cricket for my team.”

Hetmyer also revealed that the psychological support from his loved ones has been critical in helping him prepare to play to his potential at the crease.

Crediting his wife and some of his close friends and family from whom he has received unwavering support, Hetmyer added:

“I would truly like to thank my wife for being there all the time, really pushing me to do more and putting in the extra work that I needed to do.”

Presumably, he is already reaping the dividends of the extra work. In his two CPL matches, he has amassed 134 runs with a strike-rate of 152.3 and an average of 134.0.

While this triple threat plays all three formats of the game, no bowler is spared Hetty’s mercy when he is settled in the crease. In T20s since 2018, he has scored over 500 runs each year but in this year alone, he’s almost halfway there. 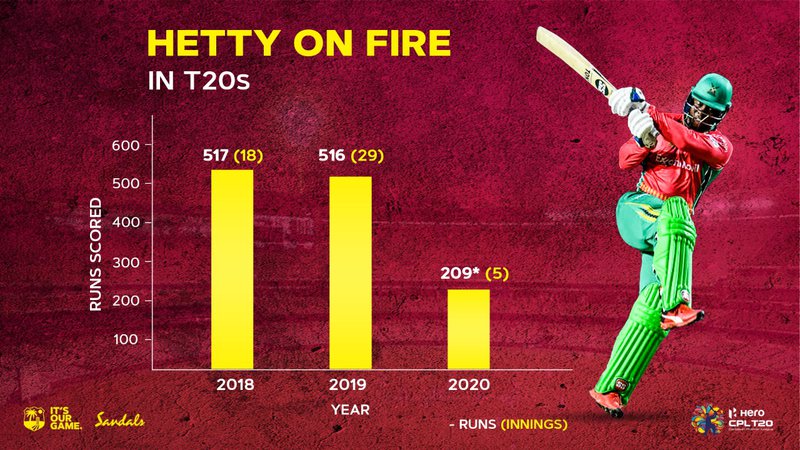 With the Hero CPL 2020 now shaping up to be an unpredictable and competitive campaign for the six franchises, Hetmyer looks positioned to help his Guyana Amazon Warriors win their first ever CPL title.

Regardless of how it turns out, you can be assured of some more fireworks from this Maroon Star.